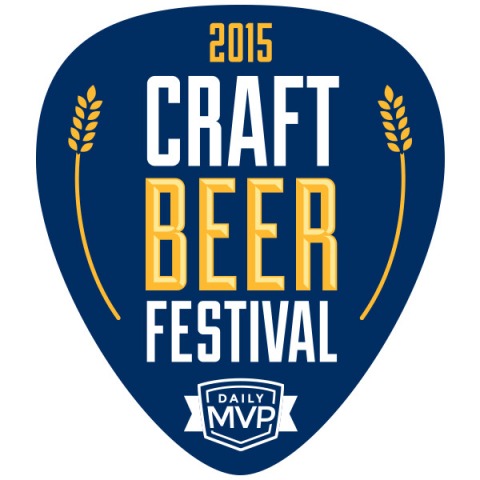 Get out of the summer heat and check out the coolest beer festival in town!

The Third Annual Nashville Predators Craft Beer Festival presented by Daily MVP returns to Bridgestone Arena on Saturday, June 27th from 1 – 5 p.m. Enjoy a wide selection of craft beers, food, games and entertainment while supporting a good cause. Make sure to get your tickets soon, before they’re all sold out.

Special thanks to Communications Coordinator Alexis Witman for setting up an interview with Director of Community Relations Rebecca King, who previews the upcoming event:

What’s the general reaction to last year’s craft-beer festival?
– “It was an event that we loved putting on. It reaches a different demographic from a lot of our other events. It’s young, it’s business professional, it’s more couples and individuals than corporate. It allows us to utilize our building in the summer, when there is no hockey or major events and we can showcase a lot of these smaller breweries at our events. My favorite part is that we vote for our favorite brewery and then that brewery will get highlighted at a few games during November. So, they can get their beer poured at one of our portables, where normally, one of these smaller breweries wouldn’t have the marketing budget to have it at the arena. We get to be the helping hand to grow their product.”

How did it go for last year’s winner, Black Abbey?
– “They were fantastic. One night, they had probably 30 people come out. They shut down the brewery and made a big night of it. They had a big photo op and we presented them with a trophy. They had a staff person with them at the portable, where they educated people about them throughout the pregame and the game. It’s not just, ‘Here’s the beer,’ but they educated people about their beer. They were excited and really embraced the opportunity to be a part of it. It was a good partnership.” 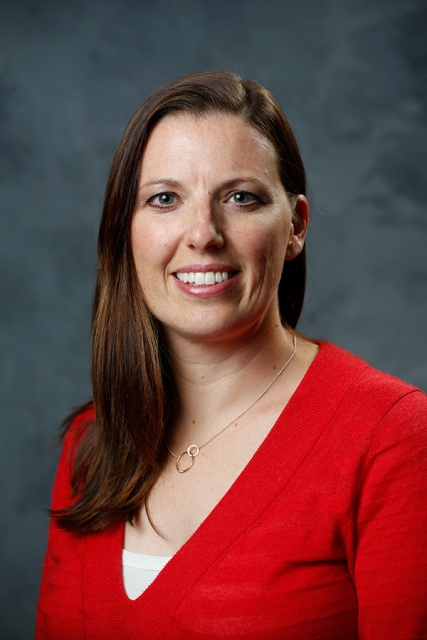 Have the rules changed for this year’s competition for best brewery?
– “The rules have not changed. I think they’re pretty much the same, where everyone who walks through the doors will receive one vote. The one difference for the event is that it will be 360 degrees around the arena on the concourse. Last year, it was just from the main entrance, all the way to the South Doors. This year, it’ll open up and have more space. People can roam, a little easier, throughout the concourse. We’ll have bands on two sides of the arena, so folks can listen to music, try beer and not be compacted in a smaller area.”

Will the event be taking up the entire arena?
– “The whole arena. People will be able to loop around. We moved the VIP tasting down to the Lexus Lounge, which wasn’t a space that existed at this time, last year. It’s a high-end, premium seating area for hockey games and events. It’ll be a very nice space for VIP tastings and food.”

Since last year’s event, will there be any new breweries appearing in 2015?
– ” I know there were a couple last year that weren’t quite ready for distribution, but they were on the cusp for opening.”

Will there be roughly the same number of breweries represented as last year or will there be more?
– “There’s been a couple of new breweries that have popped up, so hopefully, they will come on board. As time progresses, we’re going to start updating our website (nashvillepredators.com/beer) with the participating breweries. That’s still a work in progress, but our goal is to have more than 60 breweries participate.”

What else can you tell me is new for 2015?
– “We’re working on printing an event map, so when guests arrive, it’ll be easier to find the breweries and be easier for people to identify their favorite breweries, so they can remember where they were and what they tried.” 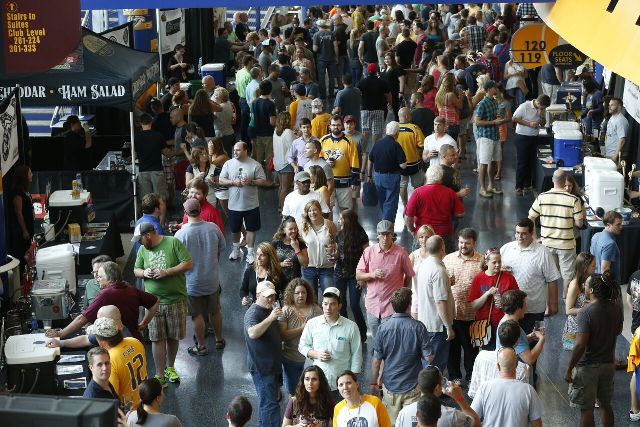 Have you locked in on which bands will be performing at this year’s event?
– “Currently, we have three bands. One of them did participate last year, along with two new ones.”

Last year, the NHL draft was taking place during the festival. Will that be happening this year as well?
– “The later rounds of the NHL Draft will be going on during the festival. In the Lexus Lounge, there’s a 62-foot TV screen, so we’ll have it on there and on all the televisions in the concourse.”

Will Gnash be making a return appearance with any players this year?
– “Gnash will be there along with a few members of our broadcast crew and some Preds alumni.”

Proceeds from this event fund the Predators Foundation. What were some of the charities it benefited last year?
– “A few weeks ago we distributed our largest one-time grant allocation of more than $450,000. We have five or six signature events, like the Beer Festival, GnashVegas in February and more and all of the money raised at those events go into our grant program. We gave money to 88 different nonprofit organizations in the community this year and we had a big-check presentation in the atrium and all of the charities showed up to receive their checks.”

“We also fund KaBOOM playgrounds, every year, with Nashville inner-city ministries. In October, all of our staff goes out at 7 a.m. to a blank slate and by 2 p.m. we’re having a ribbon-cutting ceremony with a fully formed playground. We also have the 365 Pediatric Cancer Fund presented by Dollar General. We’re committed to raising $200,000 a year to Monroe Carell Jr. Children’s Hospital at Vanderbilt for pediatric cancer research.”