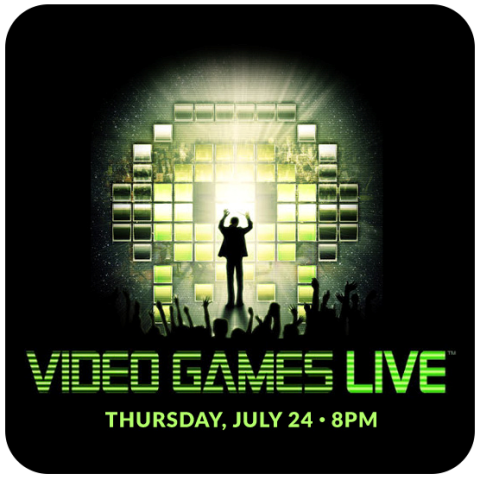 Per Matt
Combining my affinity for video games with equal amounts of orchestral love creates an incredible environment that must be experienced by all. Video Games Live is my newfound addiction, one which I continuously crave. Part symphonic orchestra, part interactive videogame and part rock concert, it’s an amazing spectacle to behold.

Video Games Live is the creation of Composer Tommy Tallarico, who spent many years crafting soundtracks to various videogames before combining videogames with symphonies to create a unique experience for fans of all ages. Throughout the performance, Tommy serves as the host, as well as on-stage performer and even conductor.

Incredible musicians perform the music flawlessly, making you feel like you’re actually inside the games, which is an incredible experience. Throughout the show, many of the game’s composers will make cameo appearances, often giving a little behind-the-scenes information before conducting the music they created. This is always a highlight of the show. Last year, I got the chance to speak with Composer Austin Wintory before he took the stage.

The San Diego Symphony performs at the Embarcadero Marina Park South, which is an outdoor theater that is amazing. Located just off the water, it creates a relaxing atmosphere that’s quite enjoyable for concert performances.

While previewing VGL before their Nashville tour stop last year, I interviewed Tommy Tallarico to discuss the show.

Last year’s VGL at San Diego Comic-Con was a smashing success and I expect tonight’s performance to be yet another one.

Make sure you arrive early in order to catch all the pre-show activities. Doors open at 6pm and Gamestop will have consoles for playing and StreetPass San Diego will be exchanging StreetPasses. There will also be photo booth set up, so make sure you wear your favorite videogame-inspired costumes… there will be a costume contest with prizes awarded as well!

Get your tickets before they sell out, because they’re going fast!