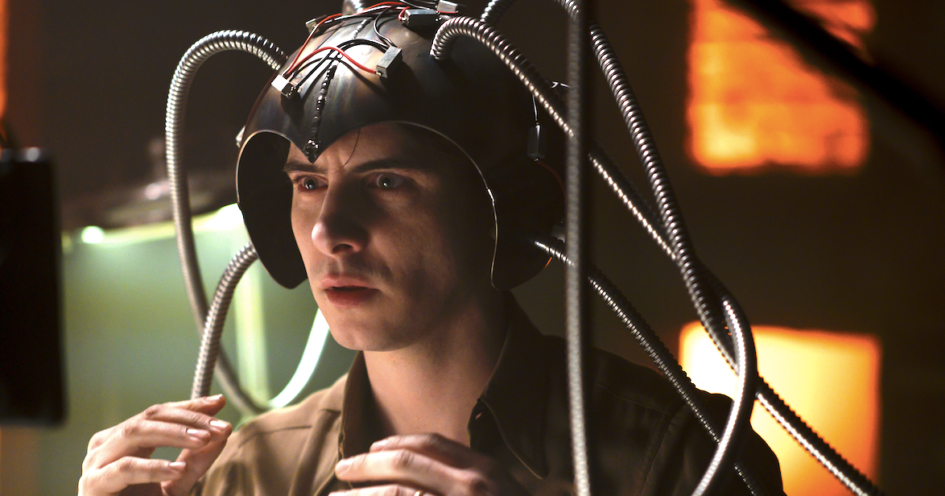 Three years in the making, Charles Xavier has finally arrived to the party — although a little late — in Legion: The Final Chapter.

Following the footsteps of Patrick Stewart and James McAvoy, Harry Lloyd’s version of Professor X showcases a slightly different version of the world’s most-powerful telepath. With the help of Switch, David travels to the past to finally meet his parents in “Chapter 22.” This episode is an origin story of sorts, as the backstory depicts the early days of Charles Xavier and the linked memories of meeting Gabrielle Haller in an asylum; he a war veteran and she a Holocaust survivor. Time jumps involve flashbacks and flash forwards, as time is anything but linear now, in the series.

Through the story, what can be certain is that after building a prototype version of Cerebro, Charles has actually located another mutant and pursues him to Morocco, not realizing the danger he has brought upon his young wife. Gabrielle (played by Stephanie Corneliussen) is haunted by the fears of being alone and possibly being delusional. Per her thoughts, something beautiful (David) watches over her while she sleeps and she can sense a dreadful moving shadow whenever she’s awake (Amahl Farouk). By the end of the episode, David is finally spotted by his parents (looking like an aged ghost) and sent home. Unsure how to use his powers in the past, David still can’t prevent The Shadow King’s spirit from implanting himself within David’s very young body.

Backstories are tricky to tell when the audience already knows the outcome (especially if there’s any sort of deviation from canon): See the Star Wars prequels and the upcoming Pennyworth series airing on EPIX for recent examples. Having David’s parents meet inside a mental hospital is a callback to David’s troubles from Season 1, inside an asylum. Lloyd’s character is introspective with little dialogue at first, but he develops by episode’s end, finally admitting how wrong he was to actually seek out Farouk.

Part haunted house tale, part psychological horror, for one episode at least, the series’ main storyline deviated from the current psychedelic elements and returned to its comic book roots. Directed by John Cameron and written by Nathaniel Halpern, I was surprised by the greatness of this episode, which only includes David in the final scene. The Devil with the Yellow Eyes returns (Hooray!) and the episode’s Easter eggs include Angry Boy and the well-known X-Mansion (which will eventually become the Xavier School for Gifted Youngsters), which is looking as regal as ever.

Noah Hawley’s Legion attempts to be a far-out, meandering mindtrip, which eventually provides opportunities to wrap up unraveled plots in Season 3. So far, the second season seemed to have too many throwaway episodes and should have introduced David’s parents. Now, with the series’ conclusion already announced, this, the final chapter already feels rushed. All of the great supporting characters got shoved to the side last year and this season has introduced a newer, more interesting character to the bunch (Jia-yi aka Switch, played by Lauren Tsai), while the others patiently await their brief turns in the spotlight. In a show that features astral projection and mind control, it can be very difficult interpreting what exactly happened without multiple viewings, which means the storytelling layers might just be a little too complicated.

Much like how Gabrielle wonders aloud if her son will be a “good shepherd” like his father, the viewer can only hope for a happy ending to this complicated character. David believes he’s a good person who deserves love. Hopefully, his parents will lead him safely to that destination.