Reality is More Terrifying than Fiction in the Netflix Original, The Push

Truth is stranger than fiction and, often times, a whole lot more terrifying. Ask yourself one very simple question: Can you be convinced to kill a man?

The Netflix original, The Push, might just skew your answer to that question. Illusionist Derren Brown spends an evening taking an average, unsuspecting man who just wants to advance his career a bit and spends an evening literally pushing him to the edge in an elaborately designed and choreographed stunt worthy of a Hitchcock film.

Three people are waiting in a lobby. They’ve been instructed to stand or sit whenever a bell rings. They’re plants, part of a design. A fourth person enters and, without any prior instruction, sees the behavior of the group and immediately begins to conform to what is going on. By the end of this process, you have a lobby full of people who have no idea why they’re sitting and standing at the sound of a bell, only that they’re supposed to be doing it “because everyone else is.” This is the entire premise of The Push. Laid out in the style of a late ’90s Fox special with a sensationalized, documentary feel, the “social experiment” is all about control and adherence to modern morality. 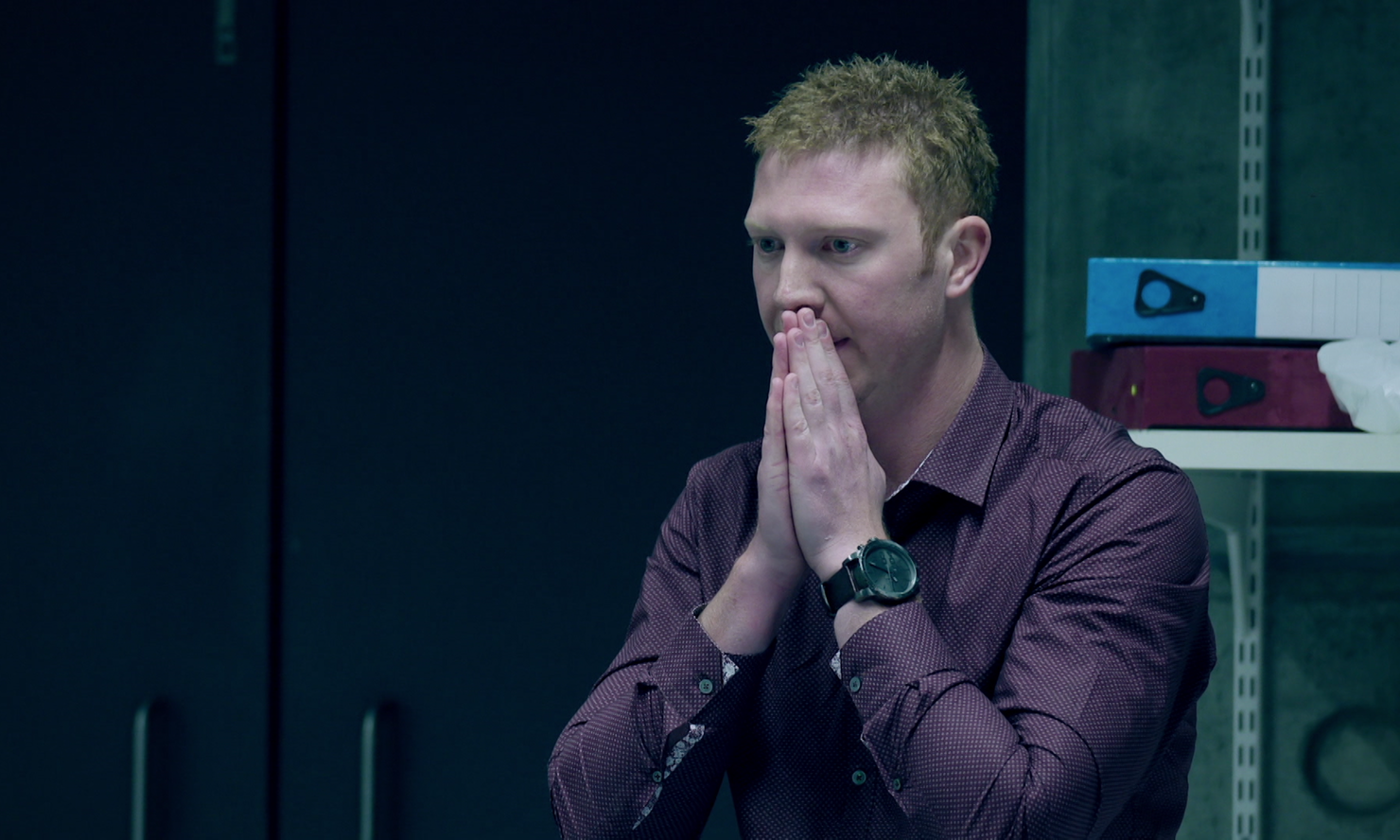 Yeah, he knows. I’m about to go on a rant here.

The Push starts with a young businessman invited to a gala auction for a new charity, as a way to network with potential investors and clients. But when the main benefactor of the event has a heart attack and, presumably, dies in front of him, this man is convinced by the charity’s organizer to hide the body and play out a scenario that feels like a sitcom written by Alfred Hitchcock. With each increasingly awkward, intense situation, the stakes are raised and the stress to conform rises to a crescendo. Finally, as it’s revealed that the dead man was suffering from a rare, narcoleptic-style episode, a confrontation happens on the rooftop veranda of the building and our everyman stooge is faced with a choice: Kill this man who is now leaning over the balcony, smoking a cigarette, making it look like an accident or risk going to jail for the slew of criminal offenses he’s been coerced into committing through the night.

While the main subject of The Push chooses to risk the consequences of his actions and walk away, the other three, equally unwitting patsies, who this same experiment was played out on and recorded were not so altruistic. A recap of their nights is played toward the end of the show and as each of them come to that rooftop moment of truth, they each show little to no hesitation in sending an innocent man plummeting to his death. Of course, in the end, it’s all revealed to be a prank and the folks have a good laugh about it and even talk about how it’s been a transformative moment for them. It seems that, for at least three out of four people involved in The Push, committing a premeditated murder is really a life-affirming and fun experience.

Who sits on the ledge to have a smoke?! Come on!

That’s the sound of blood curdling in your veins as you realize that, just moments before this life-changing, jovial epiphany, these people were convinced they’d just killed another human being in cold blood to avoid punishment for their poor but seemingly understandable choices.

Originally airing in the U.K. as Pushed to the Edge, The Push absolutely horrified me worse than any horror movie or supernatural thriller ever has and the reason can’t be more simpler. In the course of an hour and twenty minutes, a television crew with hidden cameras and a stage full of actors showed us that anyone — literally anyone — can be convinced to completely discard human life and can turn around a few days later and laugh about it. Put aside the merciful relief each one felt after it was revealed that it had all been a part of a “social experiment” and really understand that these people made a conscious decision to commit murder. The entire premise of the show is that, as a society, our morals are very much fluid and can be circumvented with just the right amount of societal pressure to fit in with the rest of the crowd.

I really wanted to talk about the elaborate stage work that went into the preparation and filming of The Push but, honestly, I can’t get past the absolutely stomach-churning horror. To say that an “elaborate” dummy of our eventual victim was created to help facilitate the Weekend at Bernie’s-style shenanigans would not do justice to the piece. A complete cast of the actor’s body was made and, over a period of two months, painstakingly assembled, in some cases one hair follicle at a time, in order to make this “corpse” as real as possible to anyone who might come across it or, in this case, try to hide it. But all I can focus on is that final moment.

The Push is an interesting, if not somewhat formulaic and familiar-feeling spectacle that will likely leave you with some heavy questions about yourself and the people around you. Available now on Netflix, it’s an entertaining and thought-provoking piece that really makes you think twice about trusting others and yourself.