Final Space Aims to Boldly Go Where No Man Knows… 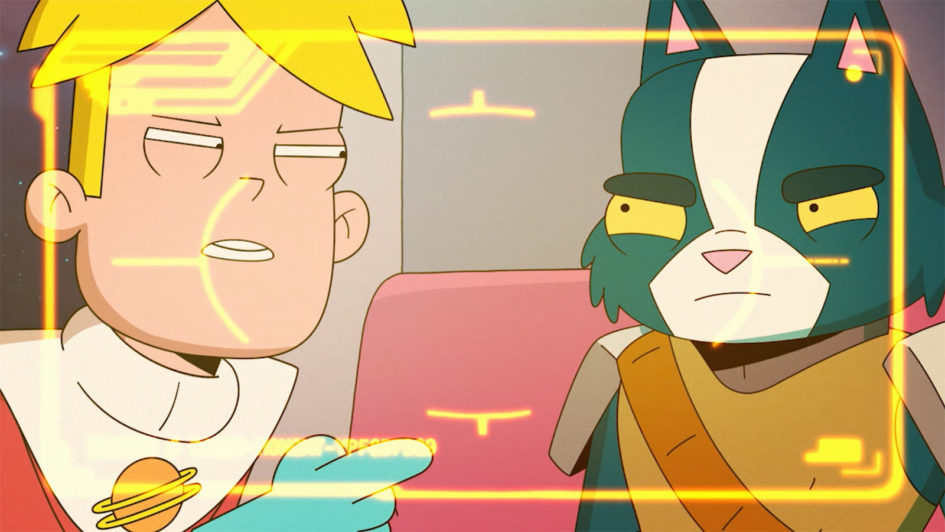 After watching the previews for Final Space, I had no idea what the animated TV series was about, but I knew I wanted to give the pilot a chance. After watching “Chapter One,” I still don’t know exactly where the show is going, but I’m willing to set a Season Pass on my DVR, continuing my journey with Gary Space.

In the series premiere, the audience is introduced to Gary (voiced by Series Creator Olan Rogers), who is a clueless prisoner masquerading as the captain aboard a spaceship. He seems to lead a boring routine. Overseen by a crew of robots, he misses interacting with other humans — if only to play cards with them. Then one day, after five years aboard the Galaxy 1, he unknowingly makes friends with a planet-eating alien, which actually looks like a green Jigglypuff (or is it more like an all-green Kirby?). E-351 (aka “Mooncake”) is being hunted by the evil Lord Commander (David Tennant), who has dispatched a group of bounty hunters to claim the powerful creature.

Upon glancing at the voice-over cast for the TV show, it’s an impressive list. HUE (Tom Kenny) is a autonomous robot programmed to function very much like HAL 9000 in 2001: A Space Odyssey and KVN (Fred Arminson) is Gary’s insanity-avoidance companion that might just drive him crazy. Other actors lined up for the show include Steven Yeun (of The Walking Dead), Ron Perlman, John DiMaggio, Gina Torres, Xzibit, Conan O’Brien and Andy Richter… that’s quite the cast for a first-year TV show!

While there weren’t a ton of laughs in the pilot and Gary’s role kinda reminds me of basically every Will Ferrell movie role, ever, the storyline was interesting and I’m hoping with each new adventure, there will be more opportunities for the chuckles. And since I really haven’t heard Olan Rogers’ voice before, it’s probably best that Gary is voiced by someone not already established as a recognizable actor. According to Wikipedia, the series will follow Gary and Mooncake as they try to “unlock the mystery of where the universe ends.” I’m already hooked!

In “Chapter Two,” Avocato gets a brief backstory, Lord Commander takes center stage, oh, and Gary loses an arm. This episode feels more cohesive, laying the groundwork for the rest of the season. Also noteworthy, the animation is smooth and the graphics look incredible. 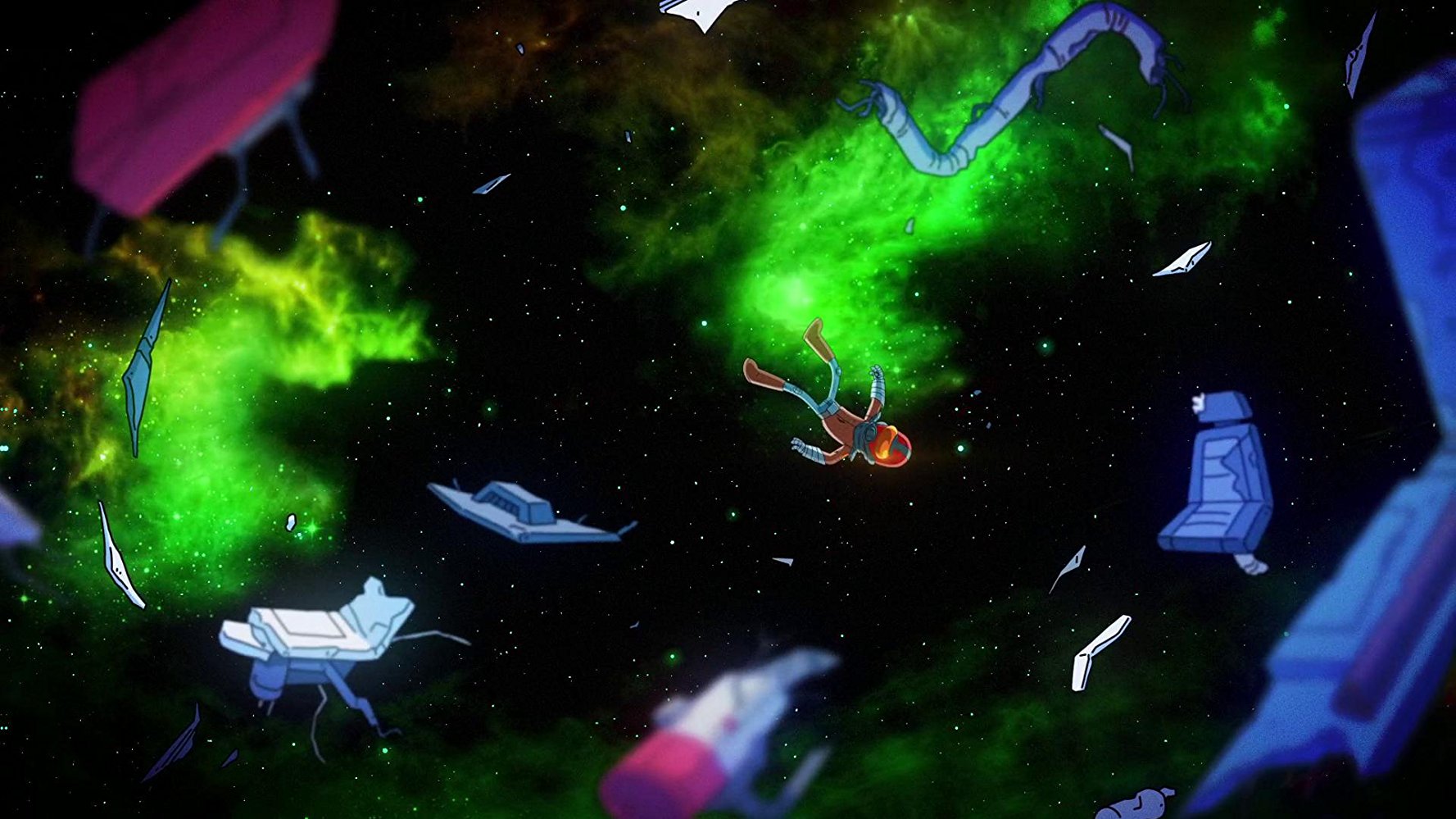 The main concern I have involves Avocato, the Ventrexian bounty hunter that mysteriously looks like a cat… Future episodes show Avocato sitting in a pilot’s chair, as if he’s a crew member and part of Gary’s team. Somehow, the scenario of having a cat-like creature as a best friend/crew member really reminds me of Space Dandy. While it may seem like nitpicking, it seems like a relevant (and recent) sci-fi coincidence.

I can’t predict what direction the series, as a whole, will head, but apparently Gary is good at destroying spaceships and getting blown into space. That seems to be a funny scenario that will hopefully continue. After watching the first two episodes, it’s already happened twice, naturally. Can’t wait to see what gets blown up next.