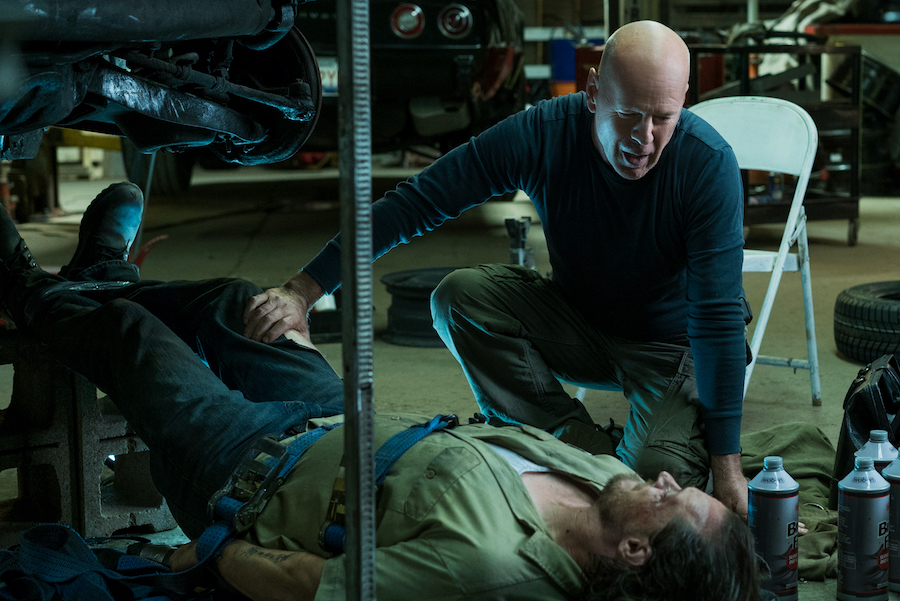 If I had one complaint about Death Wish… it would be that the film is nowhere near violent enough. It was painfully obvious that the film pandered and took the violence down a notch. That was surprising, considering the film had Eli Roth at the helm. Look, there is nothing I like more than revenge-film horror movies. Because this antihero happens to be a white male, all I see from my fellow reviewers are ridiculous, politically filled reviews. Had the same character been a female who was out to get revenge, I wonder if the same anti-gun, anti-violence stance would have been taken?

It’s hypercritical, in my opinion. People are killed at the movies all the time, particularly in horror films. Death Wish is an obvious horror subgenre, falling into the exploitative, revenge-porn area. No one is writing op-ed pieces about people being killed in Halloween or The Walking Dead, for that matter. Oh, but if it’s a white guy in the city who loses his mind in grief over the loss of his family and extracts vigilante justice, well that’s over the line.

The film stars the quintessential action hero, Bruce Willis. He is getting on in years, but still has the quiet resolution that makes him a threat. Unfortunately, he wasn’t his usual charming self. Nine times out of 10, Willis plays the antihero, but he does it with such charm you are always on his side. This time, I felt his acting was subpar, as if he was just there for the paycheck. Sure, I don’t expect a recent widower and father to a hospitalized child to be… cheeky, but this time around, he just didn’t seem to be giving it his all. Remember, the film is called Death Wish, because our hero is supposed to be so overtaken with grief that he doesn’t care if he lives or dies anymore.

So, where did the film go wrong? I wanted a montage of our character killing dozens of bad guys, not a montage of radio talk show hosts discussing if he is a good guy or a bad guy. I’m not that concerned about what the talk show hosts think, I don’t think the character would be concerned with what they think, I’m concerned with seeing more carnage. A film like this plays to the horror crowd, so give us what we want. Don’t attempt to make Death Wish a film for everyone, because it’s not a film for everyone and that’s OK. You can’t make everyone happy. I’d like to have seen Willis with more emotional turmoil. I’d like to have seen people on the street committing crimes, starting to get worried they might be the next on the list of the vigilante.

This isn’t to say the movie isn’t good, it just could have been more. Horror and exploitation films don’t need to be whitewashed; we don’t need to turn them down in case the squares don’t get it. I give the film four stars. It is, after all, still a decent action-horror film. Death Wish is now playing, check your local listings for times.