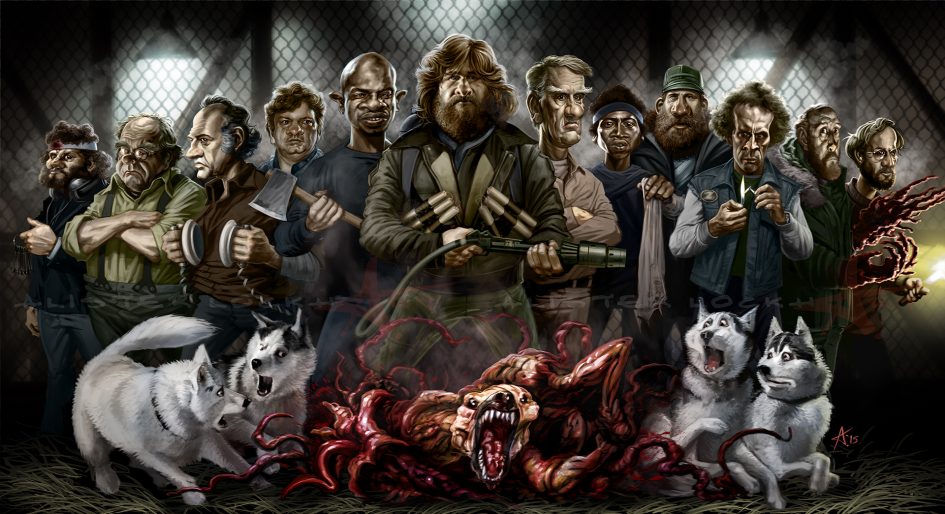 October is in full swing, and just a few minutes of channel surfing offers up a wide variety of classic and current horror flicks to get you in the mood.

AMC, Syfy and other networks have plenty of thrilling films to get us ready for Halloween. The Halloween franchise, itself, is all over TV with one of its 10 movies on one channel or another, any given night. Though Halloween is, without a doubt, the watershed movie of John Carpenter’s career, another terrifying classic emerged from his impressive catalog just four years later: The Thing.

Based on the novella Who Goes There? by John W. Campbell Jr. The Thing tells the story of 12 men at an Antarctic research base which has been infiltrated by an extraterrestrial being with the capability to kill, assimilate and imitate any living life form. The film opens with a Norwegian helicopter pursuing a husky across the snowy landscape, firing at it liberally from above. Without the movie’s context, it is a bizarre sight. Once the Norwegians reach the American base, chaos ensues, leaving them both dead, with Garry, the American’s commander, wounded. After a couple days, the crew members’ kennel the dog, only to return to find it transformed into a grotesque creature with flailing string-like tentacles and other alien extremities. After subduing and running tests on the creature, the crew members realize that it is capable of manipulating its own genetic structure to imitate their own.

John Carpenter was able to plan the film in great detail because of a year of preparation given to him by Universal Studios. This meant that many scenes were planned to be left ambiguous and in turn would hint at which characters could be assimilated. What makes The Thing so intriguing is that it is not only a horror thriller, but also a mystery. The plot can be loosely compared to the Agatha Christie novel, And Then There Were None. The isolation and threat of not knowing who to trust creates a thin line between organization and panic. Actions of characters and certain clues become either evidence of assimilation or red herrings to throw us off. Characters’ behaviors are even consistent with both the humans’ and the alien’s motivation for survival at times. Moreover, many of these instances are shown from a distant camera angle or off-screen, so it is uncertain which crew member could be responsible.

One of the characteristics of the alien creature is that it tears through victims’ clothes when it takes them over. Multiple instances in the movie show or indicate shredded garments found or discarded. The paranoia that consumes the crew members creates a divide. In an early scene, Childs, portrayed by Keith David, poses the question, “If I was an imitation, a perfect imitation, how would you know if it was really me?” The question contrasts other horror films that are more conventional with their terror. The Thing is more subtle in its terror and makes the viewer question everyone.

Aside from the story itself, the practical effects hold up surprisingly well. The alien isn’t a CGI abomination that modern films are accustomed to making. It is a physical set piece created and manipulated in front of the camera, which makes it more real. Its movements and transformations are eerie and unsettling, but not as convoluted as those that appear onscreen today.

Every year the Amundsen–Scott South Pole Station screens The Thing after the last flight out leaves for winter and polar night sets in for weeks. Though it is acclaimed, it is not nearly as admired as it should be. It is a one-of-a-kind horror that can hardly be imitated and should be part of every fear-seeker’s collection.