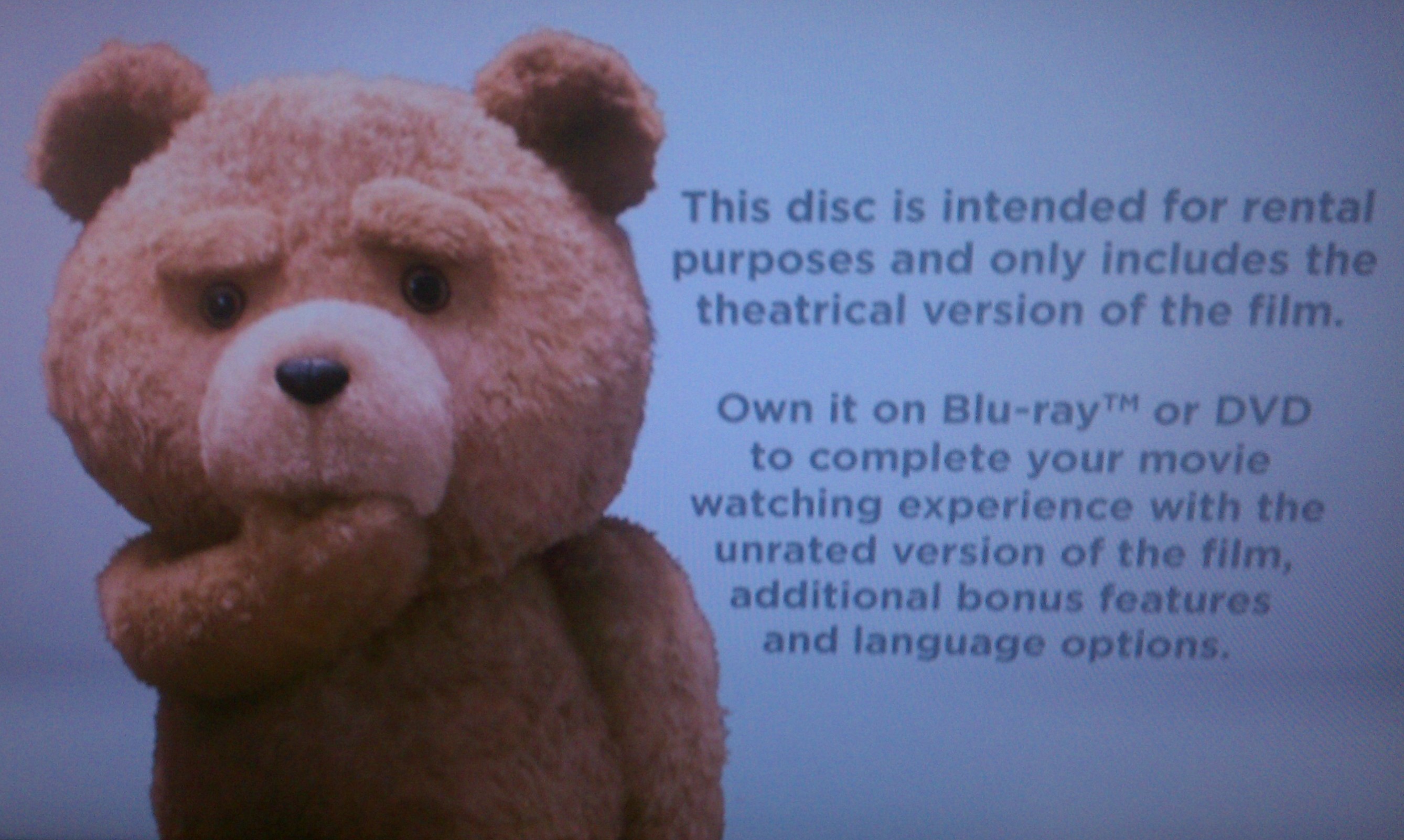 Back in 1985, having no friends, he made a magical Christmas wish… for his teddy-bear to come to life. Little did he know what he was getting himself into. Many years later, although they’re Thunder Buddies For Life, Ted’s party-animal, potty-mouth routine grows tiresome to John’s girlfriend (Mila Kunis), so the foul-mouthed bear must move out and get a job.

It’s a tried-but-true (and tired) storyline that’s been used a thousand times before, so it bears little originality. However, Seth MacFarlane’s potty humor actually makes the movie an entertaining spectacle. While many of the best one-liners were shown in the commercials, the profanity and dirty jokes are hysterical.

MacFarlane has a way to bring back past pop-culture references, and with ted, he both mocks and popularizes Sam J. Jones in the underappreciated movie, Flash Gordon. And this low-budget super-campy ’80s sci-fi cult-classic is highly regarded, because I saw it when I was little. In fact, my Dad took me to see it at the local movie theater, thinking it was Star Wars: The Empire Strikes Back. Immediately, I knew otherwise, but enjoyed watching its campiness then, and truly appreciated it as seen on ted.

Many of MacFarlane’s voice actors make appearances, including Mila Kunis, Patrick Warbuton and Patrick Stewart (as the narrator). Ted’s voice bears a resemblance to Peter Griffin (with a more pronounced Boston accent). Joel McHale is a natural at being a bad guy, Giovanni Ribisi (who can do no wrong) is a natural at being the Creepy Guy, and it’s nice to see Bill Smitrovich back in the spotlight (I really enjoyed him in Millennium, 24 and The Event). There’s also some awesome cameos, including Ted Danson, Ryan Reynolds and Tom Skerritt. While the storyline is a tad overused, the dirty jokes are rampant (and incredibly funny).

Strength: The crude, raunchy humor is fantastic.
Weakness: The storyline is a bit overused.
WTF Moment: What the deuce? Ted and some hookers steal a scene dropping deuces!

Notable Quotes:
– “You know, I wish you could really talk to me. Because then, we could be best friends forever and ever.”
– “Is it a hugging gun?”
– “This is the American Fantasy right here: A professional NFL player is called upon to save the world.”
– “I look like Snuggle’s Accountant.”
– “We are gonna party like the ’80s.”
– “Oh, come one, I do not sound that much like Peter Griffin.”
– “Death to Ming!”
– “Hey Johnny, total TJ Hooker, right?”
– “Sorry, someone had to go Joan Crawford on that kid.”
– “By the power vested in me, by the New York Jets, and by the United Peoples of the Planet Mongo, I now pronounce you…”
– “There’s only one way to end a perfect day: Flash Jump!”