Redbox Rental: The Amazing Adventures of the Living Corpse 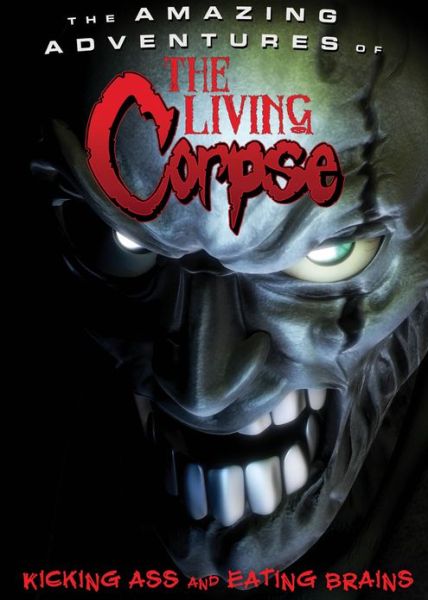 It’s not too often you get to watch an animated horror movie about Zombies… and there’s probably a good reason for it.

The Amazing Adventures of the Living Corpse feels like a cheap, experimental film based on a comic book (which is true). The source material features John Romero, a self-aware Zombie trying to protect his son — who is still living — from the creatures that go bump in the night.

The movie features ear-splitting heavy-metal music, cheesy (and sometimes wooden) animation with average dialogue and bad acting. But worst of all, the Zombie superhero felt like a rip-off to Marvel’s Simon Garth.

I had no clue this was an animated movie before renting it, and wish I had known a little about the subject matter before checking it out.

The main character’s name was an obvious homage to the living legend, George Romero, but I was practically bored to death the moment this “movie” began.
The badly animated bullet-time action and spastic character movements gave me an instant headache, as well. While there wasn’t much gore, the banality of it all might just kill you.

The tagline for this movie is “Kicking ass and eating brains.”

If only it was true…

Strength: Somewhat interesting concept… probably best found in a comic book.
Weakness: Unexciting, headache of a disjointed movie.
WTF Moment: Romero travels by swimming into the air and out of Hell, into the real world.

Notable Quotes:
– “Welcome to the wretched.”
– “This is a boarding school for orphaned children, not orphaned monsters.”