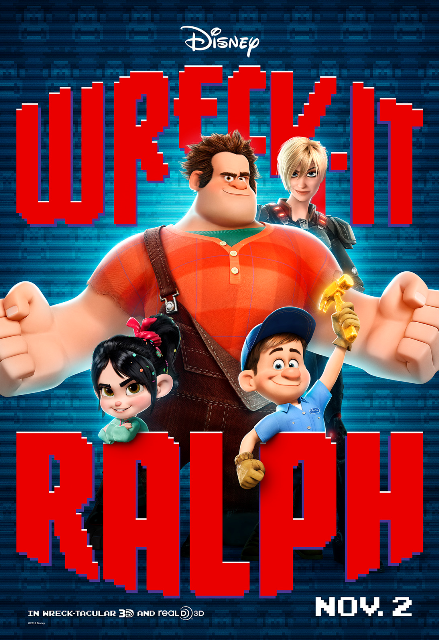 Is it remotely possible for an 8-bit bad guy to transform into a hero?

Wreck-It Ralph attempts to answer the question. Ralph happens to be that Bad Guy with a Heart of Gold. Overall, Ralph is generally mistreated by the other video game characters. As a result, he refuses to return to his video game cabinet until he’s won a medal, threatening everyone’s life within the cabinet.

Ralph must prove to himself, that deep down, he is actually a good guy, after all.

Sadly, the storyline feels familiar. Consider this movie Despicable Me… but with licensed video game characters. The nostalgia-factor is set to overdrive as there are many throwback references to the good-old days of video game arcades.

There are many retro-game sight gags hidden throughout the movie, including Q*Bert’s guest starring role, and minor appearances by Street Fighter, Pac-Man and Super Mario characters. Before his mission is completed, Ralph visits the sci-fi space satire of practically every game ever created in Hero’s Duty and is then sent into the “saccharine-saturated nightmare” of Sugar Rush (a Mario Kart clone).

Not visited is the nearby game cabinet, Undead Apocalypse 3. Also noteworthy: there is a Zombie character included in the Bad Guys Anonymous meeting. This has got to be the first time Disney has used a Zombie in an animated movie! 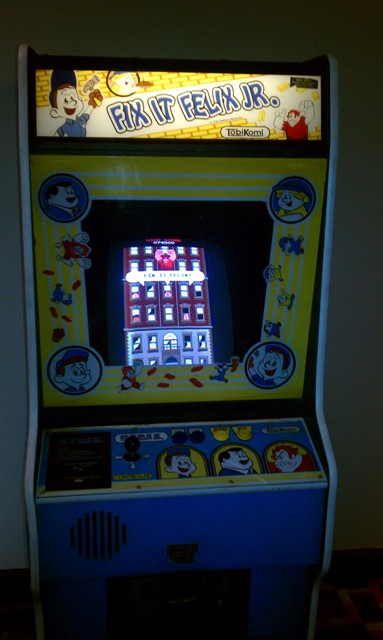 The voice actors are superb, with John C. Reilly voicing Ralph, but Jany Lynch’s drill sergant steals every scene. She is hilarious and simultaneously mean with every word she speaks. Overall, Wreck-It Ralph brought about shades of Disney’s other franchise reboot, Oz the Great and Powerful.

Also included in the DVD is the great animated short, Paperman. After watching it, I don’t think I’ll ever see paper airplanes in the same light.

Strength: Impossible not to enjoy the 8-bit fun!
Weakness: A few too many sugary sweet additives go a long way.
WTF Moment: Q-bert and his gang worked their way into bit-players of this 8-bit funderpiece!

Notable Quotes:
– “No cuts, not buts, no coconuts.”
– “Glitches can’t leave their games.”
– “Flattery don’t charge these batteries.”
– “Man, it sure must be nice being the good guy.”
– “When did video games become so violent and scary?”
– “That cherry-chasing dot-muncher isn’t even part of this game.”
– “It’s not her fault. She’s programmed with the most tragic story ever.”