April 27, 2013 will be forever etched into stone as the day I attended my very first Zombie Prom. Not only did Promocalypse 2013 involve zombies (one of our favorite subjects), but it also involved dancing (another fave) and a newfound fondness of high school.

Not only was this a Zombie Prom, but Promocalypse promotes Human-Zombie coexistence, and there were many of each in attendance! Crafted from the mind of Black 13 Tattoo Parolor Co-Founder Doy Gardner, Promocalypse was an amazing spectacle. (You can read our pre-dance interview with him from MTAC HERE).

From the very beginning, stepping into Cannery Ballroom smacked of high-school politics, with the front-runners of the Homecoming Court fighting hard for attendees’ votes. When purchasing your admission ticket, you were also given a blue ticket to vote for Homecoming King and a yellow one to vote for Homecoming Queen. The Top Five vote-getters (chosen by the masses) were previously chosen from attendees’ submission pictures via the Promocalypse Facebook page.

After voting was complete, I made sure to glance over all the “undead” corsages and boutinneres, both of which were wickedly breathtaking.

Up next, we dropped by the Performance Studios booth to admire their makeup and special-effects artists, who were dabbing blood enthusiastically onto attendees. It was a given I’d be covered by blood. This was the reasoning behind spending all of $10 on vintage clothes from my local thrift store… just in case the blood didn’t come out.

It was important for us to have before and after pictures, so we next visited the photo booth. Actual prom photographers would be envious. The whole photoshoot set-up was completely high-class. That out of the way, it was time to get dirty. We became walkers and strolled out into the dance area.

On one side of the extra-large room was catered food by Drunken Taco. It smelled good. Makes sense, because it was consumed furiously and I missed out. Oh well, I was out onto the dancefloor getting down to tunes by DJ Fat Andy and reliving my glory days of high school with each song.

After a while, the MC (who I really enjoyed) warmed the crowd while the Homecoming Court prepared themselves (and their votes were getting recounted). Performances by Nashville City Burlesque and various Nashville b-boys were incredibly entertaining. 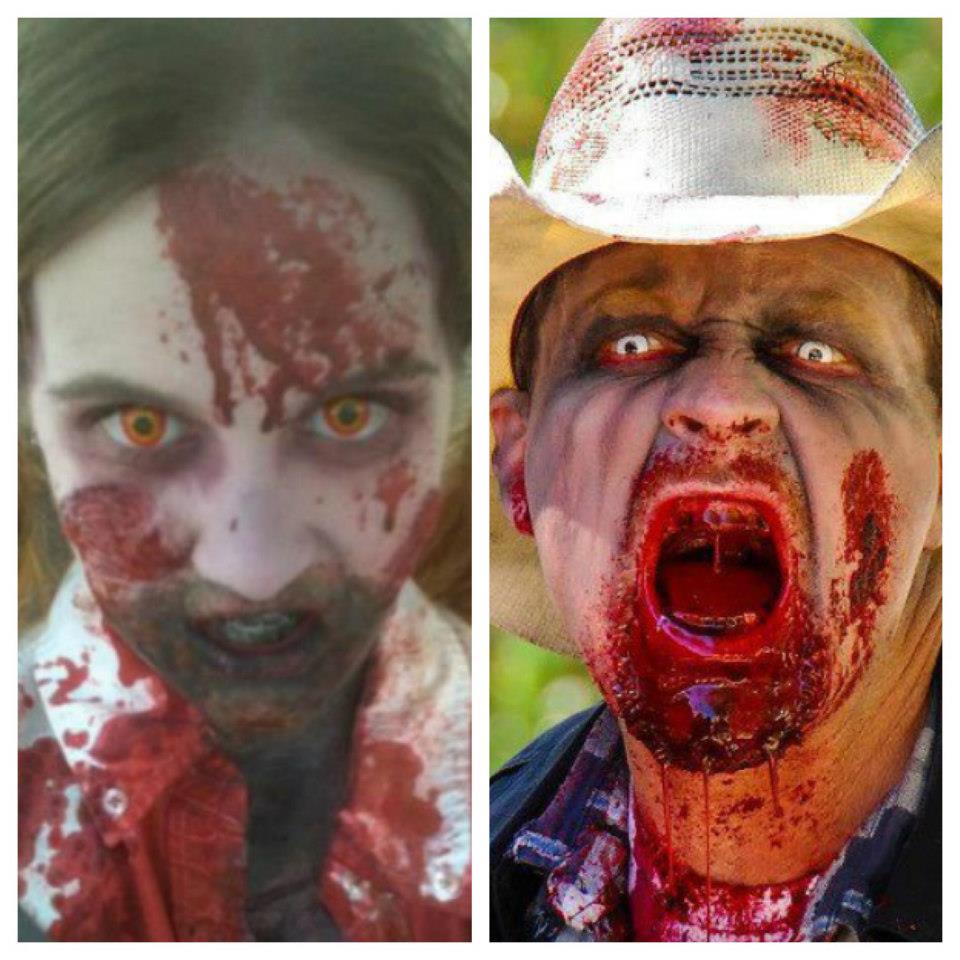 The Prom Queen was grisly, but I was especially pleased with the Prom King. Standing nearly eight or nine feet tall (with stilts), I’d previously run into him at Full Moon Tattoo & Horror Festival, so I was pulling for him.

The party atmosphere was complete with balloons, streamers and alcohol. Everyone was having a great time at Cannery Ballroom for Promocalypse, including those in attendance from Zombies In My Blog! We even managed to run into Zombieprincess and the Mermaid Lady near its conclusion.

Promocalypse 2013 promised plenty of great music, great atmosphere and great costumes. And this dance provided more of each category than I had imagined. Promocalypse brought back many fond memories of the four previous high-school proms I’ve attended — but this one was by far the best of the bunch!

Thank you, Black 13 Tattoo Parlor, for putting on such an epic event! You’ve got two undead fans for life!

I’ll be looking forward to attending Promocalypse 2014 next year!