Reenlisting The A-Team, MeTV is On the Jazz!

Per Matt
“I love it when a plan comes together.”

Those eight words epitomize one of television’s biggest pop-culture sensations during the ’80s. Beginning in 1983, I was introduced to my very first antiheroes and for five seasons, I never missed an episode of The A-Team. And three weeks ago, The Summer of MeTV rescued my favorite crack commando unit from syndication, creating the perfect summertime show on the station that’s quickly airing a lot of my favorites (especially Svengoolie)!

By now, I’m sure you know the gist: Wrongly accused by the military of a crime they didn’t commit, this motley crew hid from authorities while living in the Los Angeles underground. As soldiers of fortune, they helped the helpless and evaded the government. After four seasons of running from the law, the crew was hired by the same government for a series of suicide missions in exchange for clearing their name.

What kind of groundbreaking information can I reveal about the show that aired 39 years ago? Well, there’s not a lot. But rewatching these episodes in chronological order, there are quite a few highlights. 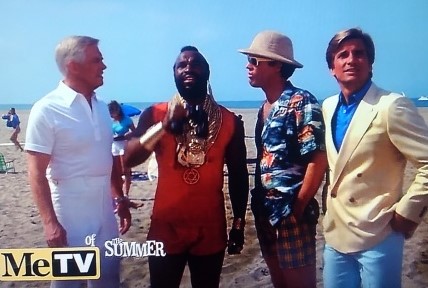 It had been so long ago, I’d forgotten Tim Dunigan played the role of Templeton “Faceman” Peck in the two-part pilot. But by Episode 3, Dirk Benedict immediately owned the role. The actor would go on to become “The Face of the ’80s,” appearing in many classic TV shows of the decade, along with Dwight Schultz — many of which were my favorites. George Peppard was a world-class actor and to this day, I still can’t believe he agreed to appear on the show. Mr. T was definitely the star here, building upon his successful role in Rocky III, appearing at WWF matches and spinning off his success into an animated Saturday morning TV show and even a cereal sporting his likeness!

As far as storylines go, the plots were repetitive, in all their ’80s cheesiness. But I loved every one of them. The show embodied everything that was the ’80s, including the clothing, the music, the style, the dialogue and vehicles. Kids around the world loved the iconic GMC truck the characters drove (and owned the Matchbox miniaturization to go along with all of the action figures).

I absolutely loved every cheesy moment in the show’s history. Remember when B.A. jumped onto a moving vehicle and punched a hole into its windshield, effectively startling the corrupt cop driving it, which soon crashed? And how about every single action sequence, which always ended with Bad Guys flying through the air, crashing into something, or escape vehicles dramatically flipping over.

In fact, Stephen J. Cannell Productions effectively kept the entire automotive industry up and running with all of the vehicles that had to be wrecked per episode (and replaced the following week).

The cameos were great, from wrestlers to football players to singers to Pat Sajak and Vanna White!?! 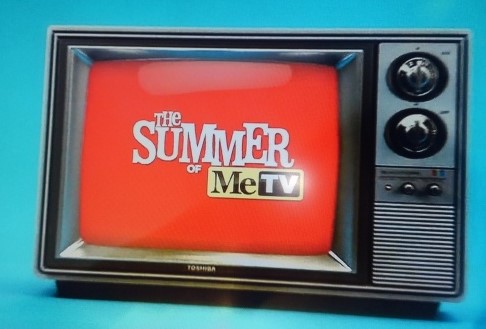 These characters weren’t killers, but they definitely fought for what’s right. The on-screen violence was tame for network television, and the obvious squibs and blanks never led to any deaths. It was cartoonish, but fun.

I was gutted when the series ended in 1987, but mostly I was upset the characters didn’t get to live happily ever after (or not). The finale is not great, at all. And it’s too bad only 98 episodes were produced. The show really could have gone out with a bang for No. 100!

I had absolutely no interest in watching the 2010 feature film of the same name, which looked terrible (I wouldn’t know, as I never saw it), but the ongoing talks of a reboot series produced in conjunction with the co-creator’s daughter does sound intriguing…

Until then, I’ll be reliving the glory days of The A-Team on MeTV. The nostalgia may be cheesy, but it’s tasty. And it’s My Guilty Pleasure.