Replicas: If I Only Had a Brain 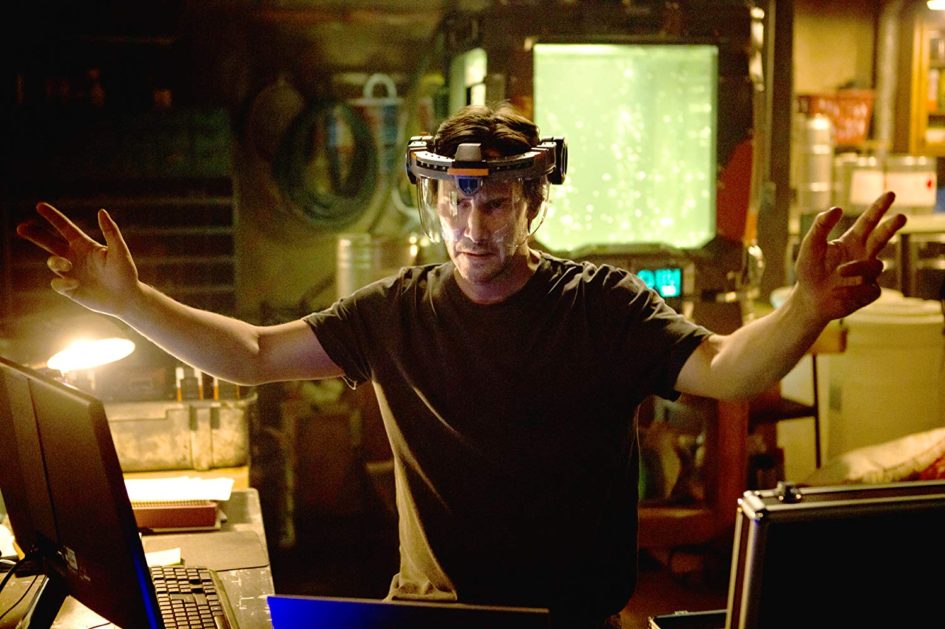 I have to admit I’m a Keanu fan — especially the John Wick movies. Those are a nobrainer for me. While I wait for the next John Wick movie (yes there is a new one coming out), I was surprised that he had a sci-fi movie that hit the theaters with a minimum of film clips. I do hate to see movie trailers, because they ruin that part of the story for me and sometimes they ruin the ending. So, I decided to slap down my cash for a ticket and some  popcorn. I eased into my recliner seat and waited.

I thought the opening was good. When I see what looks like actually more than just a building’s interior, I think maybe this movie will be more interesting than I thought. I love a sci-fi film with good backgrounds that kind of fools your brain into thinking what you are seeing is real. There is a character that you will see that solidifies that feeling, too.

As I watch, the movie does not bother to use a lot of scientific jargon, for which I was happy. Sometimes it is difficult to stay on track, if there are too many medical words or made-up words. Even the name of the movie, “Replicas,” is simple.

Keanu Reeves has grown over the years as an actor. He did a reasonably good job as a scientist who does the unthinkable. I only have one thing to say to William, Keanu’s character, “WHERE WAS YOUR BRAIN?”

I know it is a movie, but making a replica of a person is never ever a good idea. Your best buddy told you just how bad an idea it was and illegal. I know the movie is about replicas, but come on man. You knew that could only end badly. I reiterate, “Where’s your brain?”

I hate when a character sees all the signs and just puts his morals away for what he thinks is the only way to solve a painful dilemma. Here is where real technology hits home in this movie. There have been reports from China that scientists are working on cloning people. I don’t know if that gives any more weight, but it is timely.

So, I guess some people will see this movie and think I was brainless. After all, Keanu Reeves hasn’t had a lot of success with movies in recent years, except when he played John Wick. This leads to another point. It is great to see Keanu trying something different.

Don’t look at this movie as a B-movie. It does have beautiful scenery and the sets do seem to look realistic for the science that they would have in this world. The actors are adequate. That takes me back to the brain. You can watch this movie without using your brain too much. It’s actually easier if you just take everything at face value. You may not like it enough to buy the DVD or rent it later, but when it hits the reruns bin, you may see it and remember it. You might even buy it.