Project Blue Book: A Real Version of The X-Files? 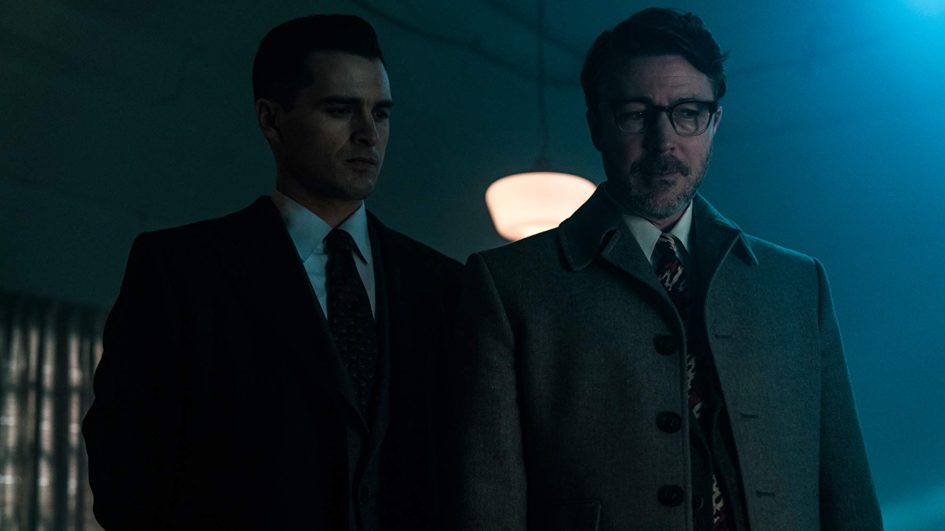 The truth is in here… somewhere. And for one episode, at least, Project Blue Book attempts to explore the real-life origin story behind the UFO phenomenon, back in the day.

Based on true events, this is mostly historical fiction (much like The Terror), taken from the government program of the same name that explored more than 12,000 sightings and the reports from those events. Dr. J. Allen Hynek (Aidan Gillen) is an astrophysicist who has dedicated his life to the sky. Recruited from Ohio State University to partner with Captain Michael Quinn (Michael Malarkey), his main job is to use logic for something unexplainable and impossible, while discrediting all UFO claims from the general public. Could this be a real-life version of The X-Files? Sure feels like it.

This is a dark mystery dealing with informed speculation, trying to “show the world the truth,” much like TXF. While not spooky, the main character prefers to describe himself as eccentric. He’s basically a believer, paired with an officer who isn’t dying to find the truth, but instead becomes a Yes Man to his military superiors. Sound familiar? The first mysterious Men in Black are on the record (or Men in Hats, as they are described) and there’s a Deep Throat informant involved as well. Then there’s the secretive cabal that Truman actually assembled to control the flow of information about foo fighters and other unexplained phenomena. A government cover-up and the conspiracy theories by the public at large seem to be addressed on this show.

I still want to believe this series will explore the true events that were actually chronicled in history, but Robert Zemeckis is involved with this production and he’s got a spotty track record when helping tell paranormal stories. For example, there’s the Manifest connection, which burned bright at its inception and has been quickly fading with each new episode that Zemeckis also helped create.

With the series premiere, “The Fuller Dogfight,” pilot George Gorman encountered a strange light in the sky. Attempts to explain flying saucers (with a weather balloon) via science and mathematic calculations to erase mysterious events while employing propaganda and paranoia are employed. Seems par for every paranormal show that’s aired since 1993.

This version of 1948 looks great, which is full of nostalgia and buoyed by a decent first storyline for the series. Depending on where the filmmakers take their stories, this show really has some great potential. Upcoming episodes seem to deal with crop circles, aliens and “something big is about to happen,” so it looks like the series will probably veer away from the true accounts, which could be a bad thing.

Hollywood’s past big-budget productions of the paranormal have generally highlighted the fantastic, while this production attempts to promote — at least so far — science fact. While I’ve been looking forward to this show for a long time, it could quickly spin out of the realm of possibilities. The public knows there’s something out there, but with Zemeckis involved, will the truth be found? I’ve definitely got my doubts for the show’s future, but I’m hopeful for the best.