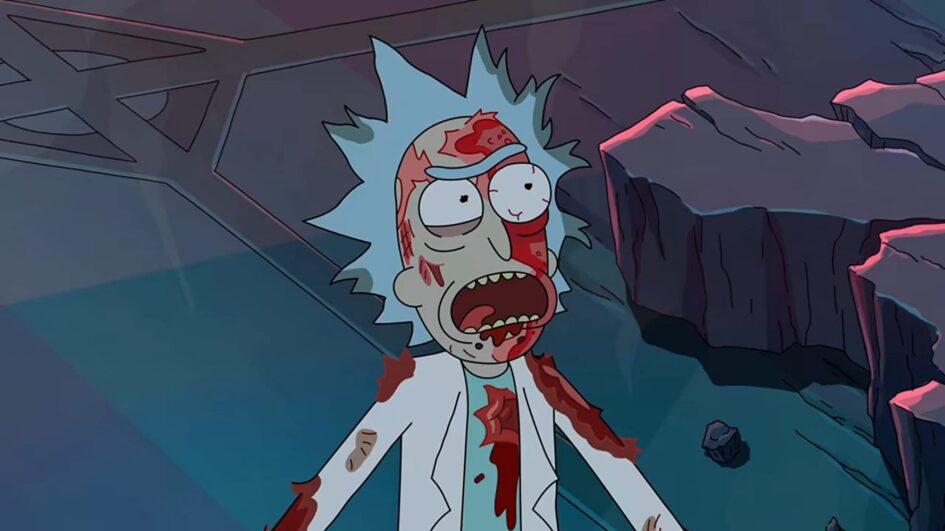 Season 4 was a bloody mess. When does Season 5 begin?

After what seemed to be a throw-away line of dialogue, almost like a joke, that aired last season on Rick and Morty, it was never really addressed. Would Beth, the matriarch of the Smith family, allow her father, the mad scientist, Rick, to create a clone of herself, in order to get some alone time? Since it takes Justin Roiland and Dan Harmon an unusually long amount of time to bring new episodes to life, the speculation ran wild by fans of the animated sci-fi show. As Season 4 aired, the suggestion was never raised until the season finale aired. Now that it’s concluded, Rick and Morty fans want to know, officially, who’s who?

Looking back in hindsight, it’s easy to read too much into dialogue or plot devices, but that never stopped a fanatic before — because you can’t spell “fanatic” without the “fan.”

Season 4 was released in bite-sized packages, with five episodes airing at the end of 2019 and five more recently concluding at the half-way point of this year. Let’s just hope it doesn’t take another 770 days for a new episode to air!

When the show returned, it felt like all was well in the world, and then later this season Rick and Morty taught story structure to its viewers, which was hilarious, while being informative. And now, either there will need to be some serious retcon going on within the writer’s room, or the issue will need to finally be addressed. And as a fan, I realize that no one will let go of this question until it is eventually answered.

What else happened this season? Rick still considers himself a godlike creature and the smartest man in the universe. Beth still seeks acceptance from her father. Jerry’s still dealing with a boat-load of insecurities, while Summer and Morty continue to act up, needing some discipline in their lives. Their adventures included soul-slut dragons, space snakes, death crystals, face-hugging parasites, a groovy Akira parody and consumerism as life. Creating a dating app was one way to discuss the main characters’ struggles with relationships. The disillusionment that all heist movies are rip-offs was a storyline that offered some biting meta commentary — which I agree with, although still mostly enjoy the genre. The downside of living without consequences was addressed, as well as the reactions to spawning a global population.

A perfectly realized toilet-filled simulation of heaven was filled with lotsa potty humor and references… which seemed to be the most cohesive element of continuity scattered about this season. Rick’s losing control and he doesn’t actually know which of his daughters is real and which one is a clone. So, that will surely complicate matters once the all-new Galactic Federation comes a-knocking. One of the Beths is a most-wanted killer.

Another element the showrunners seem to bring is a cliffhanger-sad episode to end the season, complete with depressing music. While the Smith family has grown, Rick’s back to being in the pits, knowing for sure now that he’s a bad father. Really not sure where the next season will take us viewers, or how much longer we’ll have to wait for the next season, but I really enjoyed Rick and Morty‘s Season 4, especially including filmmaker Taika Waititi as a voice actor. His addition to the show’s canon was priceless!