Cell Begins the Zombie Apocalypse With a Phone Call 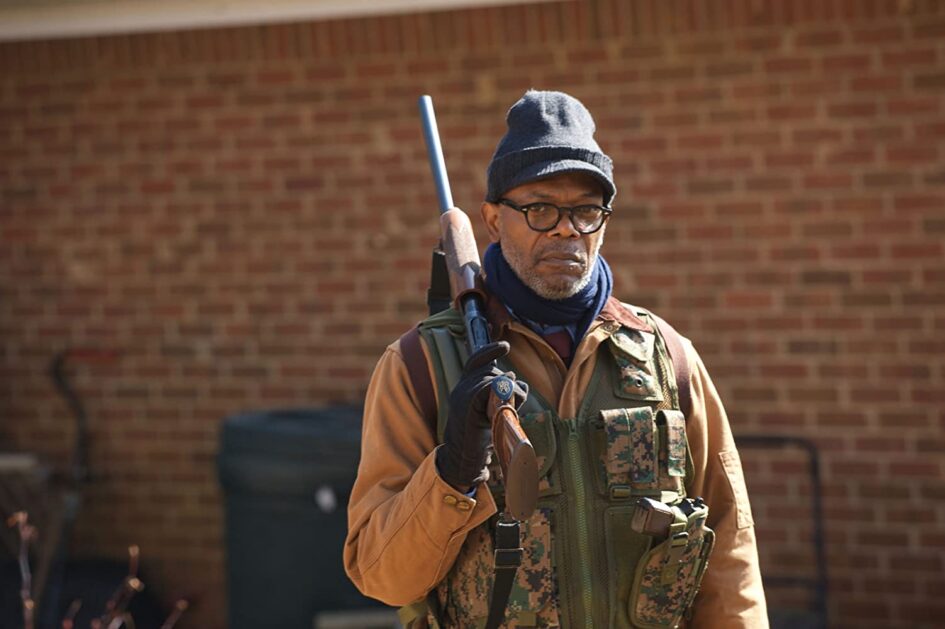 Per Matt
Have you ever wondered what might possibly be the absolute WORST Stephen King adaptation to grace the big screen? If, for some reason, you’ve actually watched Cell, which was released in 2016 as a science-fiction horror film, produced by The Genre Department and distributed by Saban Films and Lionsgate, you might just know what I’m talking about. Cell is My Guilty Pleasure.

Based on King’s bestselling book, this movie wonders aloud: What would happen after a weird signal emits from everyone’s phones, transforming its users into an all-new type of mindless Zombie? If you imagined they became flesh-eating monsters that somehow operate with a hive mind that’s also telepathic, you could probably write a better story than this one, by the king of creepy.

Much like the infected of 28 Days Later, these walkers are fast moving, practically flocking like birds in Zombie herds. Much like The Walking Dead, they gravitate toward noise. Unlike both of those films, these “phoners,” as they’re called, make some sort of clicking or screeching sounds to communicate, but they really cannot smell their prey, which seems very odd.

Samuel L. Jackson does the best with what little character development he’s given, while John Cusack appears as the lead actor, as well as the executive producer. Labeled as an “innovative thriller,” the story does a pretty good job at offering an interesting “What If” scenario, tagging a different spin onto a familiar subgenre. But it’s really only followed by a lot of plot holes and a peculiar conclusion where you have no idea what just happened after immediately watching it. Honestly, Cusack should receive a lot of the blame, but I think much of it should be blamed on Director Tod Williams (Paranormal Activity 2), who only seems to have five feature films on his resume. Oddly enough, he hasn’t directed anything after this bomb was released. It should come as no surprise, really.

“It’s too early to think we know the rules.”

Clearly, this is a low-budget horror flick, but it actually looks good. Mind you, it’s not written well and the direction really is the worst — can’t say a lot about the overall acting, either — but the cinematography is decent. Now, when it’s dark, you really can’t tell what’s happening onscreen due to a lack of ambient light, and that’s not a good thing, but it is an obvious element of a micro-budgeted film. And speaking of the king of low-budget masterpieces, Troma’s own Lloyd Kaufman makes a cameo appearance (I seemed to have missed it, even while knowing about it before watching the film).

I had really hoped to learn more about the primary antagonist, who haunts everyone’s dreams and goes by many names. Known as The Night Traveler, The Profit of the Apocalypse and The President of the Internet, sadly, this was a missed opportunity, and not much else about this character is ever revealed. That was a big bummer.

A pile of burnt-to-a-crisp phones is symbolic. Jackson looks good with some gray in his scruff. And Haverhill gets a shout out (another reference to the city can be found in NOS4A2, which was written by King’s son, Joe Hill).

Ultimately, no place is totally safe and a cause of “the pulse” really isn’t given. The ever-present mood is heavy on painting despair and dread everywhere. The climax of the story involves a “phone-free” zone, which is actually a trap (no place is ever truly “phone free,” is it?), and one of the few insights of the writer. Could this be Stephen King’s witty thoughts on technology? No matter who came up with this plot device, I liked it and agreed with it.

“Us three are like bugs, who had the dumb luck to avoid the stomp of a giant’s foot.”

I really wanted to like this one… but I simply couldn’t. Would the end product have drastically improved, had the film’s original director, Eli Roth, not backed out due to studio interference? Absolutely. You can guarantee its box office would’ve been much greater than the $1 million this one made.

Don’t give Cell a call, unless you’re a glutton for mediocrity.