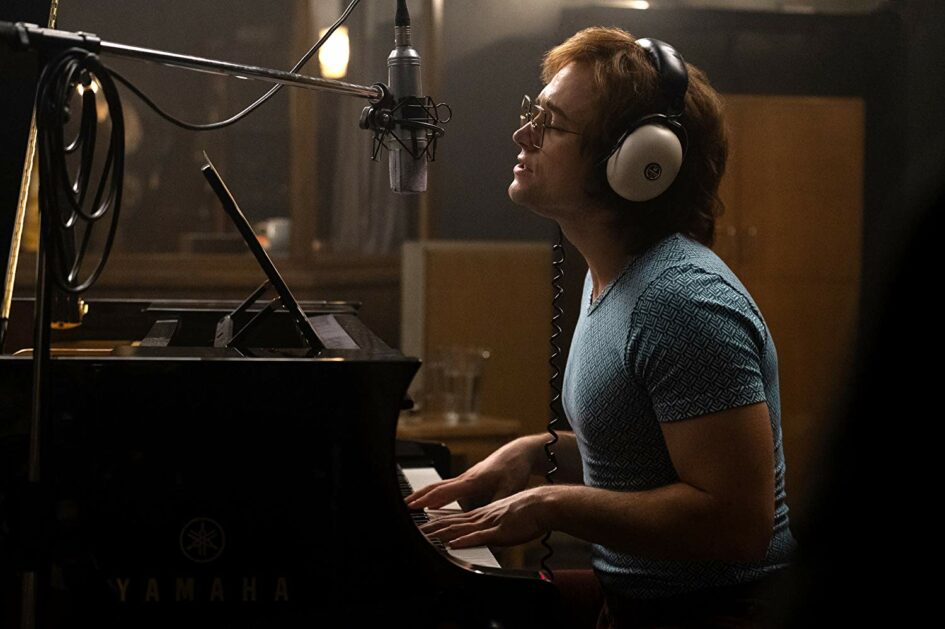 Per Matt
For years, Elton John has been trying to bring his story of seeking an identity to the big screen, and with Rocketman, it was mission accomplished. So, is his life story worthy of any cinematic awards?

As a self-described fan of biopics, I enjoyed Rocketman, which chronicled John’s childhood years, his self-destructive phase, the necessary intervention and his sober stages of life, along with all of the terrific music he helped create with lyricist Bernie Taupin in between. To say it was all smooth sailing would be a joke, just like saying becoming a record-breaking musician and top touring artist was like second nature for John. The musician had to learn how to become a showman and eventually, how to be loved.

But the music, of course, is the main draw to this movie, as Taron Egerton is terrific as Elton Hercules John, but the biggest star of the show is Director Dexter Fletcher. At times, Rocketman feels like a Broadway musical, while quite often it feels like an out-of-control music video with a narrative it’s trying to tell in between its way-too-long choreographed dance numbers. All the while, Fletcher seems to be having a grand ole time. Very clearly, this film is a musical fantasy.

Elton John is a world-class musician, performer, singer and composer, and Rocketman highlights each of these components, while also shining a light on his complicated (and often dark) personal life. As a Child of the ’80s, I enjoyed many of John’s popular tunes while growing up. With some help from a college friend, I even attended one of John’s concerts in Knoxville, TN during the late ’90s and I can attest that he is ever the showman and performer. I had a great time during that tour and some of that experience was rekindled while watching Rocketman, but it was obviously different this time around.

The too-choreographed dance routines definitely took me out of John’s life story, which I clearly wasn’t a fan of, but the captured images that were shown during the end credits, comparing the actors to the real-life pictures was definitely a highlight of the film. After watching the movie, I’ve seen plenty of criticism regarding the film’s chronological placement of John’s hit songs, which I understand, but it really wasn’t that big of a deal for me. What I found was a bigger deal was that Taron Egerton is believable as Reginald Kenneth Dwight (aka Elton John). That doesn’t mean I think he’ll win a ton of acting awards with this role, but I was definitely pleasantly surprised with his performance, not having seen any of his previous roles.

It took a little longer than I would have preferred, but I’m glad I finally received the opportunity to watch and enjoy Rocketman. Nominated for three Golden Globe Awards, the film is receiving plenty of cinematic recognition and I hope it does well during throughout the entire awards circuit. I hope there will be plenty more biopics in the future and by supporting this one, there is hope that many more will also receive their big-screen opportunities.