Round One Goes To Marvel 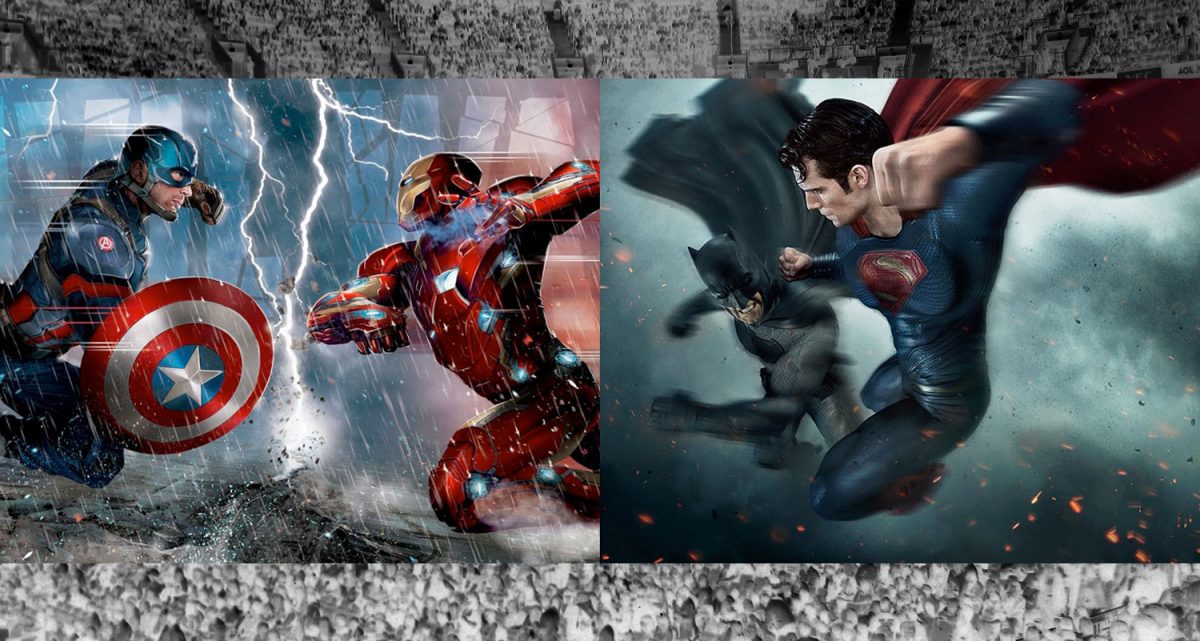 Now, I am not a Batman v. Superman hater. I enjoyed it well enough, but it had plenty of hot mess to go around. Usually, people’s criticisms are accurate, they just don’t ruin it for me.

But… in this summer arguably loaded to maximum capacity with comic book films, Marvel has scored the K.O. in round one.

In every way possible, Captain America: Civil War schooled the comparable DC effort, on screen and off. Marvel engineered more compelling marketing, operated within a much more cohesive universe, commanded better overall talent, and produced a far better film. Both films brought their boy scout and their rich guy with demons. Both films brought other characters into the fray. Both films introduced new groundwork for their continued overall lines of storytelling. Both films were roughly the same length.

Both cost a lot of money, but DC almost spent twice what Marvel unloaded, and arguably got only about half the film — or less.

One impact of that budget differential is the resounding fan response that Civil War was everything they wanted and more. Conversely, DC delved into things the fans never wanted. (Doomsday sloppily duct-taped into the end of a story that didn’t need him at all? Really?) Marvel even changed vast factors of the original storyline from the page, and some fans have even argued the superiority of this version. Imagine if they had spent what DC spent — they might not have been forced to scale down the two warring sides to a handful apiece. In this, Marvel demonstrates something the DC bosses seem to fail to understand: restraint.

An area where restraint was lacking would be length. Except you don’t really notice it. Marvel has such a command through the talent involved in their films that the writing and pacing make 2.5 hours blow by. Compared to the somewhat dragging, and overly deliberate feel of BvS, it is almost embarrassing.

A sure sign of a good disparity of opposing sides in a story is the ability for the creators to cause the audience to have difficulty choosing a side. For a film marketed as relentlessly polar in side-choosing, Civil War ends up delivering a circumstance where one can entirely understand where each hero is coming from. Juxtapose this against Bats and Supes, and you’re left with somewhat understanding Bruce’s beef, and not really having a solid feel for Superman, other than a severe case of, “I don’t have to take shit from mortals.”

Story conclusion is the final nail in the DC coffin on this one. One thing Marvel seems to understand is how to avoid insulting the audience’s intelligence. Civil War enjoys the comfort of wrapping up without a big, warm, fuzzy make-up moment. It’s OK that Cap and Tony are going to keep this fight going for a while, even if it’s somewhat of a cold war. It’s OK not to have all your heroes make up at the end. We’re grownups. We can handle it.

Unless both your moms are named Martha, then you can just shake hands and move on. Nobody will feel pandered to then, right? Right?

I will say that at least DC owned the fact that if supers throw down in a city, people will get hurt and die. Marvel conveniently empties an airport for the smackdown. It’s a small factor that doesn’t detract from the movie, but it is notable that DC was at least more realistic in that way.

As we work toward the tag-team swap and the X-Men enter the ring in a couple of weeks, the second round of this battle royale will begin, finishing up with DC’s Suicide Squad. Expectations are that round two will be almost identical to round one. The only handicap might be the lack of Apocalypse’s inclusion in the MCU, but this latest strain of mutant films has put that disconnect on the back burner.

For now, Marvel is the defending champ.