“Santa Baby” Is Offensive. Ban It! 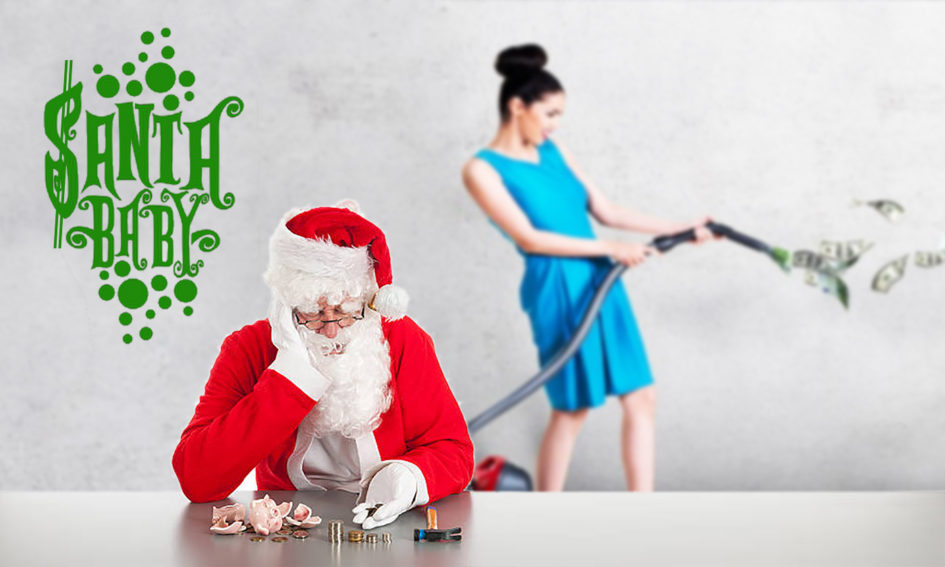 We’ve seen recent calls to erase the popular Christmas classic Baby, It’s Cold Outside from our culture, or to update its lyrics to be less offensive. Thank goodness for the woke masses of younger generations who can help us right all these wrongs, and all-hail the thin skin of millennials, to help us understand the insensitivity and “rapey” vibes expressed in such a tune. Our culture is better off when we can selectively sanitize that which challenges us from the past. The context of the original version, the social climate around it, the meaning for words then versus now, and so many other defenses offered up by the insensitive fascists who seek to preserve the song are hardly adequate defenses. We need more songs to be deleted from our consciousness forever!

To that end, as a sensitive and modern man, I am hereby demanding that we all take up digital arms against the predatory scourge and gold-digger anthem of the holidays: Santa Baby.

The overall tone of the holiday classic has been clearly ignored — not even apologized for — by the sinister powers that be. Generations of women, pleased as punch to allow this insidious symphony of shameless greed to prevail, have employed it as part of an underground culture of manipulation. We men have just been silent until now. Too afraid to speak up, for fear of the backlash of the matriarchy.

Problematic phrase after problematic phrase clearly indicate the nefarious scheme at hand. Just look at the verses, when you take them completely out of context and isolate them in their disgusting glory!

Santa baby, slip a sable under the tree for me
Been an awful good girl
Santa baby, and hurry down the chimney tonight

Our subject starts right off endorsing real fur! She’s demanding that her lover, who she calls by the demeaning name of “Santa,” support the dirty and evil fur industry. Either that or a very low-gas-mileage Mercury. Either way, this woman is trying to influence her man with sex to help kill the planet!

Here, she’s cutting right to the chase and eliminating any mystery about her vehicular aspirations, going as far as to select an antique collector’s car which costs a fortune in 2018! She offers to “wait up” for him, and once again wants it all to happen fast. She’s clearly trying to rush the sex, so she can take advantage of this poor man whom she has victimized.

She shames her partner here, representing commitment and endless financial drain as some sort of inconvenience or limit on her own clear desires to bag every fella she crosses paths with. She promises to keep up the ruse of a relationship if the gifts keep flowing.

Santa baby, I want a yacht and really that’s not a lot
Been an angel all year
Santa baby, so hurry down the chimney tonight

The materialism of their relationship knows no limits, and every increase in his level of success is met with increasing demands. It is made very clear, as well, that she has no intention of letting up — leaving no opportunity for consent by her victim. He is simply a walking, talking, cash-spewing sex machine, as far as she’s concerned. (And the sex part of that may indeed be an elaborate distraction from her shaking him down.)

Santa honey one thing I really do need, the deed
To a platinum mine
Santa baby, so hurry down the chimney tonight

She moves up the ladder now to the exploitation of third-world nations and further destruction of our planet through irresponsible mining and resource pillaging. Note that she isn’t doing it herself, but propping her man up to do the dirty work and let her keep an untarnished image.

By now, in the tragic tale of this man’s life as the alkaline battery to a nonstop succubus, their relationship is reduced to her having him sign over further assets and cash. We must assume he’s a withered old man and being entirely gaslit into cooperation by this point. A clear act of elder abuse.

She guilt-trips him with the tried-and-true tactic of “if you loved me like I love you…” in a final appeal.

To ensure her claim when her mark finally shuffles off this mortal coil, she pressures him to seal the deal with marriage, guaranteeing her and and her lawyer access to half of his belongings — whatever she can’t drain from him in advance, that is. Of course, she reminds him that it must happen right now — tonight.

As you can see, this song must be sanitized for our sensitive modern ears. It should be banned, and anyone who dares defend or play it should be boycotted and verbally assaulted online! At the very least, this tune needs to have its lyrics updated so that they represent nothing of the original — preferably with a complete inversion to represent an extreme counterpoint to these facts and certainties that I’ve explained here about the clear and indisputable meanings of these lyrics.

Until we can conquer this great challenge, all the vast ills in the world must be put aside. Hunger. War. Illness. Space exploration. Corporate theft. Republicans (though that’s a bit redundant). Nothing else is as paramount as the lyrics to an old song that have hurt my feelings in a passing listen in my car, or the insightful observations of my homogeneous peers. Nothing!

Author’s note: If you made it this far and still haven’t figured out what’s going on with this post, just know that I am likely not the only one laughing at you, and that laughter has probably been going on at your expense for quite some time.