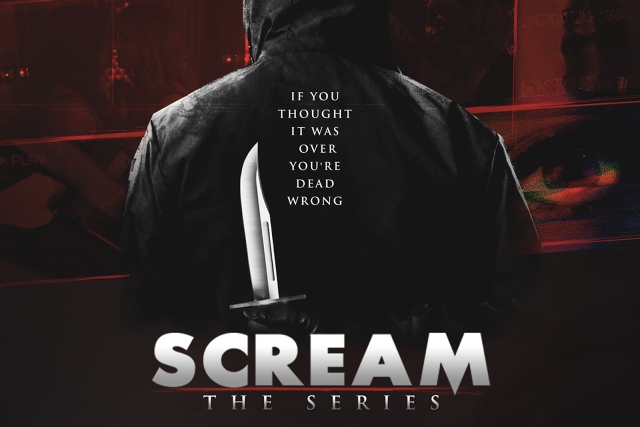 “You can’t do a slasher movie as a TV series. Slasher movies burn bright and fast. TV needs to stretch things out.”

The storyline — like the characters — has been updated for a new generation: After a viral video embarrasses a teenager, a rash of murders coincidentally spreads throughout the small town of Lakewood, resurrecting troubles of the town’s past. This Ghostface killer is a bit different from the film franchise of the ’90s. He uses a variety of masks and most look pretty low rent, but the killer still toys with its victims.

And just like in the first Scream movie, there’s a self-aware horror-movie geek (Jamie Kennedy’s character was always my favorite!) who breaks down the fourth wall for the audience, while the action happens onscreen. Noah Foster is played perfectly by John Karna.

With this reboot, the actors are definitely a lot younger and seem less likable from previous incarnations.

Season 1 of the series will include 10 episodes, but that may be stretching the storylines too thin. Slasher movies are supposed to have plenty of victims and there may not be enough featured characters (or small-town students, for that matter) to withstand another season.

Strength: Some humor and plenty of nostalgia for the past Scream movies.
Weakness: Kinda boring, not too many scares and bad acting.
WTF Moment: Will any of the previous movie characters be making cameo appearances in future episodes?