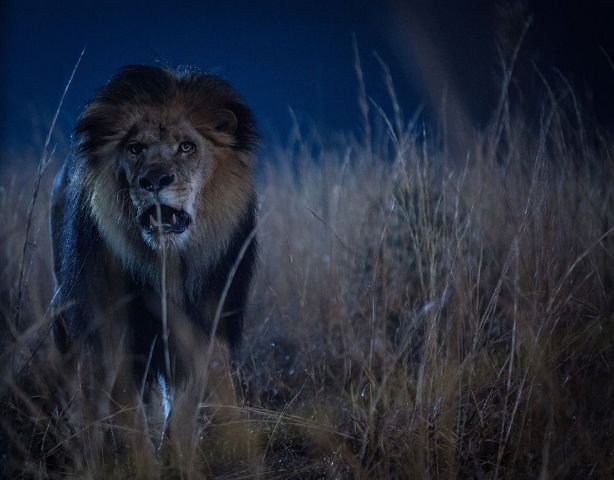 What if the ultimate global catastrophe isn’t a Zombie Apocalypse, but one involving the extinction of the human race?

Based on the novel written by James Patterson and Michael Ledwidge, the new television series, James Patterson’s Zoo, explores that what-if scenario. In the series premiere episode, First Blood, the mystery unfolds simultaneously in multiple locations. Globetrotting from Africa to Los Angeles and back again, wild animals are seemingly no longer afraid of people. A pair of lions create havoc in downtown Los Angeles, many unnerved domesticated cats run away sensing an oncoming change and several safari groups are attacked by a prowling pride.

Is it possible mankind is no longer perched atop the food chain as the dominant species?

Jackson Oz (played by James Wolk) is an American zoologist who hopes to solve this puzzling situation, possibly with the help of his late father’s controversial theories. Veterinary pathologist Mitch Morgan (played by Billy Burke) investigates the situation from Los Angeles, but it’s the recently fired journalist Jamie Campbell (played by Kristen Connolly) who shines the brightest. While her character may just be a conspiracy theorist who’s barking up the wrong tree, she may the only person who can actually fix the situation.

According to Nielsen, 8.07 million viewers watched last week’s series debut. Those are pretty good numbers and offer a good start for Season 1, which will include 13 episodes that have already been filmed. PETA has already chimed in on the situation, hoping the series gets canceled quickly, due to its use of real animals. The organization fears mistreatment of the filmed critters, but it may be too little too late, as the entire season is already in the can.

Other than the typical stereotype of characters falling down while being chased and a car breaking down while fleeing from trouble, the pilot episode was pretty good. And since I haven’t read the bestselling novel, I’m unsure of the reason for the animals’ unrest, but I’m hopeful it will have a scientific basis and not purely be Hollywood hokum.

If animals really can outsmart humans, we may be in for a world of trouble.

Strength: A thriller that involves animals outsmarting humans.
Weakness: Does this scenario have any basis in reality?
WTF Moment: Will the blogger save the day? Or will she ultimately get trolled?

Notable Quotes:
– “Animals are predictable.”
– “How does one get eaten to death?”
– “It seems the lions got to the radiator.”
– “Sometimes a mystery is just a mystery.”
– “The cat stakeout turned into the cat pursuit.”
– “Stop chasing the unicorn that killed Kennedy.”
– “Just because it’s legal, doesn’t mean it’s right.”
– “All men are unknowable, but with animals, you know where you stand.”