Searching for the Truth, Hoping to Uncover Civil War Gold 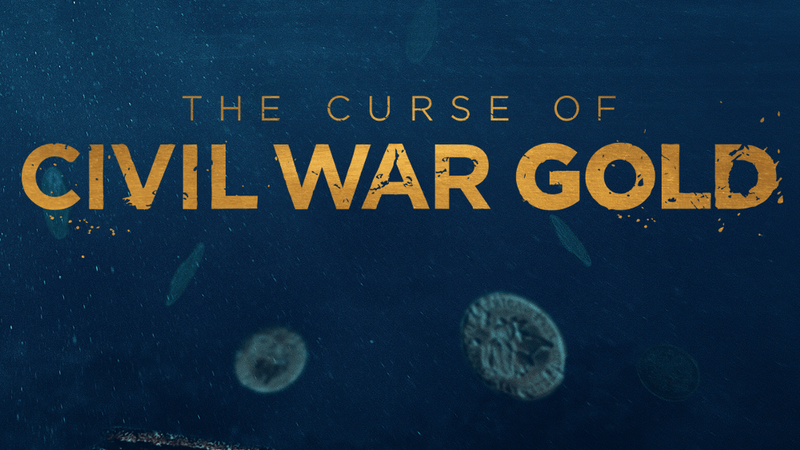 TV execs seem to be cashing in on the hidden-treasure craze. The most recent TV show to receive the greenlight is The Curse of Civil War Gold, which is steeped in an untold history, along with urban legends that are ages old.

Other treasure-hunting TV shows are out there, also attempting to solve various unsolved mysteries, including Josh Gates’ Expedition Unknown, The Curse of Oak Island, Treasure Quest: Snake Island and Legend of the Superstition Mountains, but this one feels different, as its more locally focused, taking place relatively recently. This show hopes to connect the dots of undocumented facts and missing evidence to a still-unproven location where unknown treasure could be found.

One unifying theory is many of these programs involve a mixture of historical research and cursed history. Several of them air on the History Channel, which is a favorite among Zombies In My Blog writers. In fact, Marty Lagina (of Oak Island fame) actually appeared in all three episodes so far and the show is produced by Oak Island’s filmmakers.

A deathbed confession 100 years ago described a boxcar that was filled with millions of dollars of gold that sank as it was being ferried across Lake Michigan. For the past seven years, Kevin Dykstra has done extensive research into the story, which has led him to believe the gold was part of Jefferson Davis’ Confederate Treasury, stolen at the time of his capture by Union officers in 1875 and brought to Michigan five years later. In hopes of forming a potential investor partnership, Kevin reached out to Marty Lagina to offset the necessary treasure-seeking equipment expenses. But Marty requires hard evidence as proof, before parting ways with his money.

As highlighted in the opening credits, conspiracy, greed and betrayal will somehow work their ways into the overall storyline.

In the season premiere, “Betrayal,” brothers Kevin and Al Dykstra have partnered up with Brad Richards, a history teacher, to find the missing loot. At the conclusion of the U.S. Civil War, the Union troops were hot on the heels of capturing Jefferson Davis. Allegedly, Davis dumped a cache of gold bricks somewhere, before being captured by Benjamin D. Pritchard of a detachment of the 4th Michigan Calvary. This group of truth seekers believes it may be located at the bottom of Lake Michigan.

Before they can jump in headfirst, they visit Confederate President Davis’ capture site in Irwinville, Georgia, looking for ancient artifacts. With the assistance of Metal Detection Expert Gary Drayton, the crew finds wagon parts and a silver Confederate coin, planning to “Follow the money.”

In episode two, “Right on Track,” the crew seeks clues while hoping to uncover a forgotten railroad in Norton Shores, Michigan that may have previously transported the stolen treasure, that has been swallowed up from erosion and a lack of upkeep. No hard evidence is found or proven.

The third episode, “In Plain Sight,” offered the most promise. It focused on lumber tycoon, successful banker and later railroad developer, James Hackley, who seemed to be the kingpin back in his day, pulling strings to make an instant fortune. Hackley was also a Freemason and conspiracy theories abound about Hackley’s philanthropic donations and the real reasons behind them. After three episodes, I’m definitely interested. While some of the theories seem a bit far-fetched, hopefully some truth is uncovered along the way. If nothing else, this show explores different areas of the country that I might not have previously visited.

Some of the discussed theories really feel like they’re actually tall tales, but the truth is still out there, somewhere. Historians are brought in to discuss research that may lead this crew to their ultimate destination and ground-penetrating radar has been used, but so far, it seems like a wild goose chase. I’m hoping it won’t always feel that way. Also hoping Marty’s role is more than a MacGuffin, always leading these guys on for untold riches. I guess we’ll have to wait to actually find out.