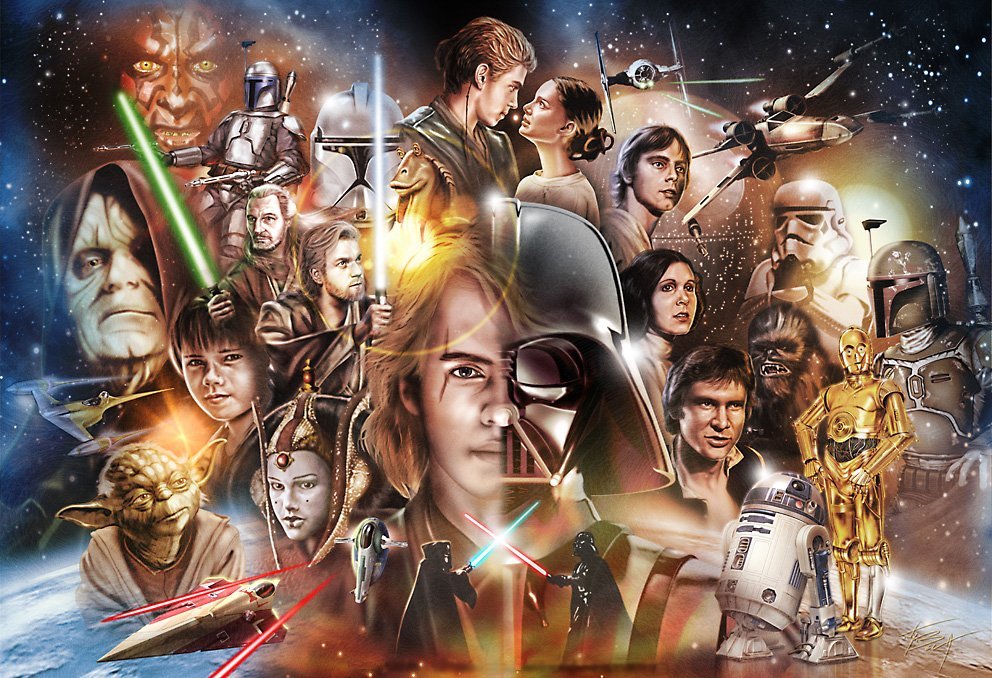 How long would it take to become a master of a fandom? By mastery, I mean the basic pursuit of watching every officially sanctioned episode and/or movie within that fandom’s universe. Get your calendars ready, we’re about to tell you how much time to set aside for the ultimate binge-watching session.

The Star Wars Saga:
For years, Star Wars fans had to rely solely on the original trilogy of A New Hope, The Empire Strikes Back and Return of the Jedi to satiate their cravings for this fandom. Yet, these three films inspired the imaginations of millions, in addition to spawning countless merchandising opportunities.

Twenty-two years later, Lucasfilm released The Phantom Menace in 1999, followed by Attack of the Clones in 2002 and Revenge of the Sith in 2005. Star Wars fans continued to rely on the original trilogy for their Jedi needs.

After purchasing the franchise from Lucasfilm in 2012, Disney announced they will continue releasing films in the Star Wars Universe, beginning with 2015’s The Force Awakens. The next film, Rogue One, is set for release in December of 2016.

Not counting the numerous animated series throughout the years or the much-maligned Christmas special, how much time does one need to catch up before Rogue One is released? Each film has a complete running time of more than two hours. With seven movies released, that’s little more than a half day of back-to-back viewing. Plan to spend a weekend to marathon this series. No one would blame you for doing laundry while you’re watching Episodes 1 to 3.

Star Trek: The Motion Picture’s release in 1979 rejuvenated the franchise, a decade after the original series left the airwaves. An additional five films were created surrounding the adventures of the original Enterprise crew.

The Enterprise returned to television in 1987 with Star Trek: The Next Generation. The seven-season show comprised of 178 episodes and four theatrical releases. It spawned a number of spin-off series, including Deep Space Nine (seven seasons, 176 episodes); Voyager (seven seasons, 172 episodes); and Enterprise (four seasons, 98 episodes). Also consider watching Star Trek: The Animated Series, which has a 22-count episode run.

And finally, there is the 2009 Star Trek film reboot by J.J. Abrams, followed by the sequel, Star Trek Into Darkness. The third film in the reboot universe arrives July 22, 2016. And with a new Star Trek television series in the works for 2017, how much time will you miss from work to master the Star Trek fandom?

Considering 12 movies, 703 hour-long television episodes (roughly 45 minutes run time), and 22 half-hour animated episodes, you will need 569 hours straight, or nearly 24 days. And that is with no breaks or the prolonged nerdgasm after Picard’s “THERE ARE FOUR LIGHTS!” Take a summer vacation and spread out the viewings through several months. Maybe, just maybe, you’ll be ready, by the time the new series airs.