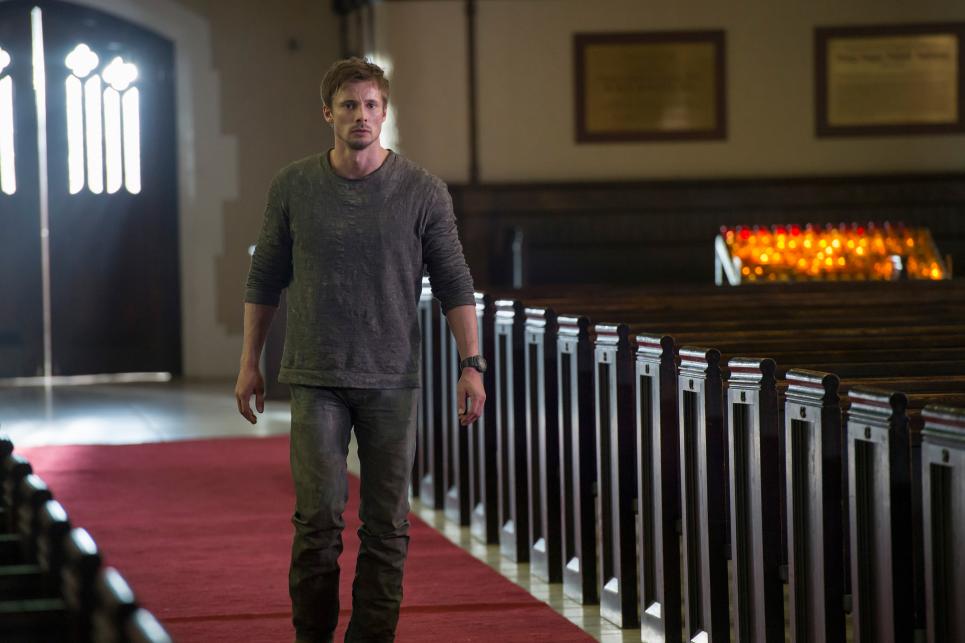 As a blog writer, I am asked from time to time to check out new things. From video games to conventions to movies, you never know what you may be asked to write up an opinion on. Usually, I am happy to oblige. So, when asked to watch the first episode of the new A&E horror-drama, Damien, I was completely willing to take it on. How bad could a show be, based on a horror flick I liked as a kid?

I soon realized the folly of that question.

As I mentioned, the show is based on the film, The Omen, which originally was released back some 40 years ago. I remember watching it with my sister (who made me always leave the room for the really “rough” scenes). While I liked it, I never said to myself, “I wonder whatever happened to Damien,” after the movie ended.

Unfortunately, A&E decided to take it upon themselves to answer that unasked question. What could have been a retelling of the story (which would have been far more interesting), they decided to throw in actual scenes from the film as flashbacks for Damien, as he started remembering his past. For someone who has never seen the original film, they may have asked themselves why the flashbacks look like bad-quality VHS tape footage. It just does not fit the flow of the show.

In my opinion, this show is not about good vs evil. It’s not about the heart of a man struggling against his inevitable evil future. It feels like a thrown-together cash grab to compete with TV shows like Lucifer, from FOX (which is actually not a bad show and at least has a somewhat original concept). I give this show two out of five stars, because while it does follow the events of the film on which it was based, it falls flat in keeping interest.