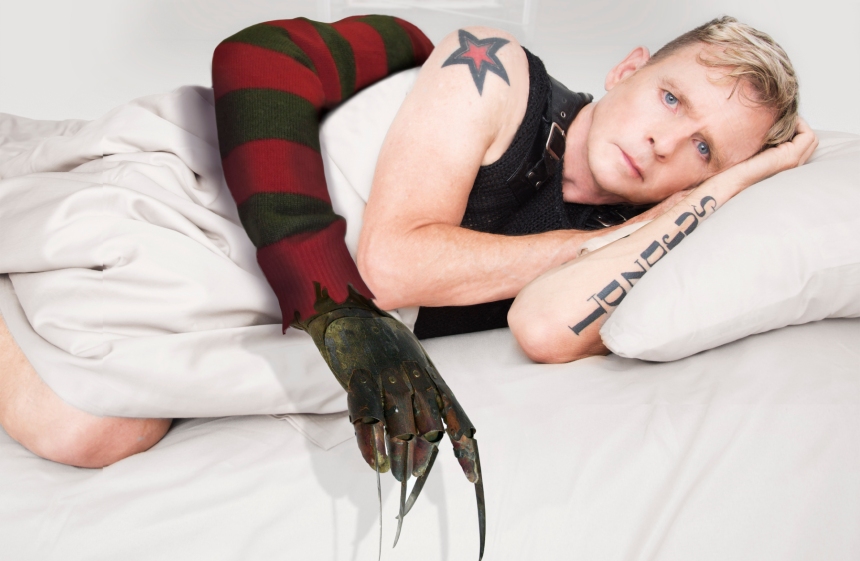 Per Matt
Sex sells — shocking admission, I know. But when paired with a never-ending controversy, a film’s box-office results can either be helped or hurt if it’s too extreme. And two movies featured by the Graveyard Shift of the 2019 Nashville Film Festival experienced both.

In this day and age, you may think A Nightmare on Elm Street 2: Freddy’s Revenge and Showgirls were both big-budget studio misses when they were originally released, but looking back on both films, they receive a new perspective and a new life on home video.

You Don’t Nomi is a documentary that takes a hard look at Showgirls. Originally released in 1995, the film was a perfect storm. After releasing Basic Instinct, Director Paul Verhoeven and writer Joe Eszterhas re-teamed for a film that would double down on its sexuality, nudity and it would seem, campiness (it’s still disputed to this day whether it was intentional or not).

Released with a NC-17 rating, which was a death blow in terms of attracting wide audiences, the filmmakers embraced excess, while depicting a non-traditional story of Las Vegas dancers seeking redemption. Elizabeth Berkley strayed from her wholesome image to bare it all as Nomi Malone in this film and when it flopped, so did her future Hollywood prospects. Unfairly, she was blamed for the majority of the movie’s faults and this doc breaks down many elements that actually worked in the film.

Looking back, audiences have eventually embraced the original film’s themes and idiosyncrasies through podcasts, live screenings featuring commentary and drag-show recreations. Slowly but surely, Berkley has re-emerged from her self-imposed exodus — probably giving the film more props than it deserves — grinning and bearing the attention she has now received after the 20th anniversary rerelease of the film..

It was a totally different situation for the first Nightmare on Elm Street sequel, one which unfortunately ended with the same results. Mark Patton was a rising star in the 1980s. Working his way up from supporting roles, the very first time he stepped into the spotlight to lead a big-budget movie was also his last. The actor became the first true last boy — a scream queen in a mainstream horror movie that could be interpreted as being a gay film.

Watching the horror movie, you can see plenty of subtleties and context that could definitely take on double meanings, which each of the filmmakers failed to recognize or remove. To this day, many fans of the franchise still hate Nightmare‘s part two. Patton, much like Berkley, immediately abandoned Hollywood thereafter, but he wound up heading to Mexico, where he lived unrecognized for years.

At some point in time, he decided to Google himself and found numerous interviews with Freddy’s Revenge screenwriter, David Chaskin, placing all the blame of the film on Patton, further adding insult to injury with every word that was spoken. When the only reunion of the film took place, Chaskin was suspiciously absent. But he and Patton eventually met and had words with each other. Their meeting and subsequent apology was good to see, if a bit uncomfortable, as Chaskin constantly looked at the camera, probably wondering how he would be portrayed in this doc.

I honestly don’t remember when I actually saw Showgirls or Freddy’s Revenge — if ever! — but after watching these two great docs, I may be willing to give it the old college try. It’s a shame all of this drama followed each of the films’ actors, and seeing these underdogs come out victoriously was a relief.

If you’re a fan of cinema and have a remote interest in seeing these movies through the scope of 2019, while attempting to decipher what was actually intended by the original filmmakers, watching these two documentaries should be on your Must-See List of Halloween 2019!