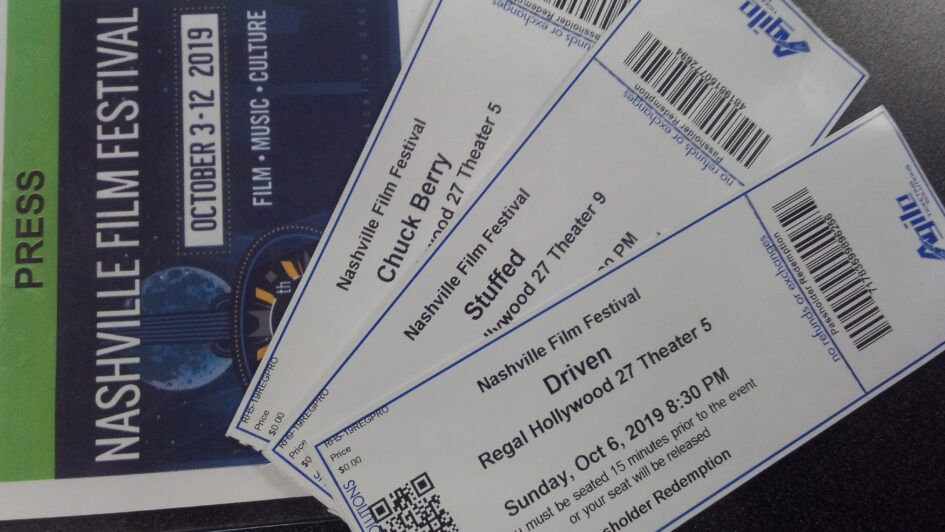 Per Matt
My second day at the 2019 Nashville Film Festival was a doozy. Not only did I make up for lost time, having missed two-and-a-half days of films, but I had to work from a screening schedule that was a work in progress… and I could never see all of the films I was wanting to see, since many were shown simultaneously.

Having survived Day One, more than ever, I was definitely on a mission to see the best movies that screened on Sunday. So, once I arrived to the theater, I made sure to plan my day’s events around Chuck Berry, a documentary showcasing the life and the legend of the King of Rock ‘n’ Roll. That meant I had plenty of wiggle room before and afterward, since it was a mid-afternoon screening.

Chuck Berry is an incredible experience. As a long-time fan of the blues, I was thrilled to see the musician perform at the Long Beach Blues Festival in 2008, but I didn’t know all of the legal drama he was involved with throughout the years. Despite those never-ending troubles and all of his musical accomplishments, his life was lived as a constant underdog. He was a lyrical poet who loved the ladies and many, many musicians covered his music (often gaining more fame than the original composer).

Eventually, he received his overdue credit and the respect he deserved, but it shouldn’t have been so tough for him to get recognized for it. One of Berry’s songs was even blasted in a rocket ship and sent into deep space. He was the very first musician inducted into the Rock and Roll Hall of Fame who influenced many musicians of today (and yesterday) and watching the archived footage of the man was a great experience (however, I would have skipped the dramatic reenactments).

The previous day, I had missed the Red Carpet Premiere, which featured Themetta “Toddy” Suggs (Chuck’s wife), Charles Berry Jr. (Chuck’s son) and many other special guests, so I was thankful once I had my ticket in hand. I considered re-watching the incredible punk doc (Kate Nash: Underestimate the Girl), but I had already missed half of the film. What was I to do?

I decided to definitely see Driven, which was the featured Graveyard Shift movie of the night. Told from the perspective of a modern-day rideshare driver who encounters a mysterious customer fighting a legion of demons and the drama that has followed him throughout his family tree, but I preferred seeing Stuffed, a movie focusing on the faceless artists of taxidermy.

A new generation of artists have reawakened this almost dying art form, using science and artistic interpretation to recreate incredible scenes of nature in action.

“We are the silent artists.”

These are people who care and love nature dearly, who often refuse to work on any creature that may have been hunted, preferring to only work on creatures that have died from natural causes. Learning about the tireless hours that are spent bringing these creatures back to life was informative and entertaining… especially learning about the culture of novelty taxidermy and rogue taxidermy — which really seems to stem from vivid nightmare creatures found in the deepest recesses of your imagination. Color me intrigued.

Growing up, I remember watching plenty of nature shows and educational programming on public television, so I kinda felt a real connection to the 20+ artists (some quite young and others considerably older) found in this documentary. I think the movie will receive a wide release very soon, so I absolutely recommend catching it on one medium or another.

My Day Two at the Nashville Film Festival was another smashing success story. I can’t wait to see all I can see throughout this week, as I return for more films.

If you have the time, I totally recommend checking out the festival’s webpage for ticket and screening information.