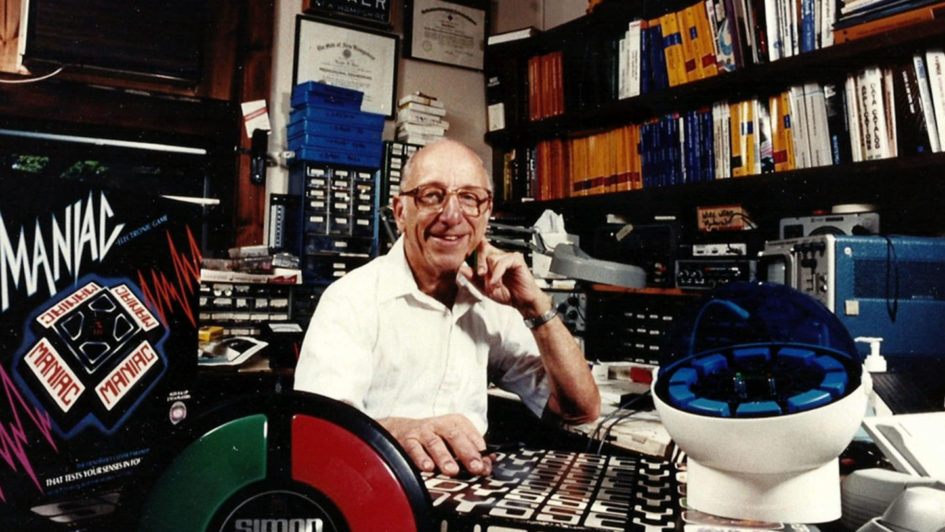 Per Matt
Long before virtual reality, mobile games, MMORGs and LAN parties, you could find groundbreaking arcade game cabinets at your local gas station, bowling alley, roller skating rink and even department store, hoping to cash in on the fad. It was a more simple time, when the entertainment industry was just beginning to understand the cultural impact that video games would have on society. Game Changers: Inside the Video Game Wars is the untold origin story, detailing the rise of the $100 billion industry from its basic roots and some of the rivals that were spawned from it.

There would be no Overwatch, no Red Dead Redemption and definitely no Halo without Puckman and Pong. The origins of the latter is a controversial topic that’s covered in detail, as an oral history is told from the perspective of the people who worked with the developing technology of the ’70s, literally building an entire industry without any directions. Game Changers begins with Nolan Bushnell’s humble beginnings leading up to co-founding Atari, he was as great a salesman as creative force in developing technology during the early days of Silicon Valley. At the time, there were no consumer electronics to speak of, so he leveled up a bunch of hippies and anarchists to engineers and manufacturers and created Pong, a cultural phenomenon, but also controversy, as there was a familiar game by Magnavox Odyssey that brought on a major lawsuit. The title of “father of video games” is still disputed to this day, but it didn’t dampen the creativity, as both companies continued to build entertaining video games.

At this point, the documentary spent more time giving background information from the two companies than on their rivalries, so it felt a little jolting to continue with Atari’s story, as the more successful business of the two. Creating the coin-op business went along with the process, as well as the “easy to learn, difficult to master” goal for Atari’s gamers. At the time, Atari became the fastest-growing company in history, which led to Warner Communications buying Atari for $28 million, as the 2600 home console prototype was soon to be released onto the world. 8-bit graphics were just a dream away, but the classic interviews, advertisements and home videos help move the story along. Atari didn’t worry about applying for patents, as technology rapidly changes, which also contributed to the company’s downfall…

“Anybody could make a cartridge for the 2600 and it is what killed the company.”

But the end of Atari wasn’t the end of the video game industry, as many predicted. As Atari closed up shop, Nintendo entered into the arena, and later Sega, creating another rivalry. Behind the scenes, the corporate attitude of Sega looked to be a throwback to the wild Atari days and I would have loved more comparisons and details, but a lot of information is crammed into the last half of this doc, as the U.S. Senate takes a look at Mortal Kombat and video game violence, then Sony is briefly discussed as an emerging console threat for market-leader Nintendo.

The first half of this two-hour documentary follows the lifespan of Atari in detail, while hour two begins in the ’80s and moves a lot faster, briefly highlighting the decade’s headlines in technology. The lawsuits, declarations, development of the cartridge-based home entertainment system and competition to be the best is all brought to life by Oscar-winning Director Daniel Junge. There’s plenty of nostalgia to go around for each company, making me want to break out my original NES and play Tecmo Super Bowl, one of my all-time favorite games. 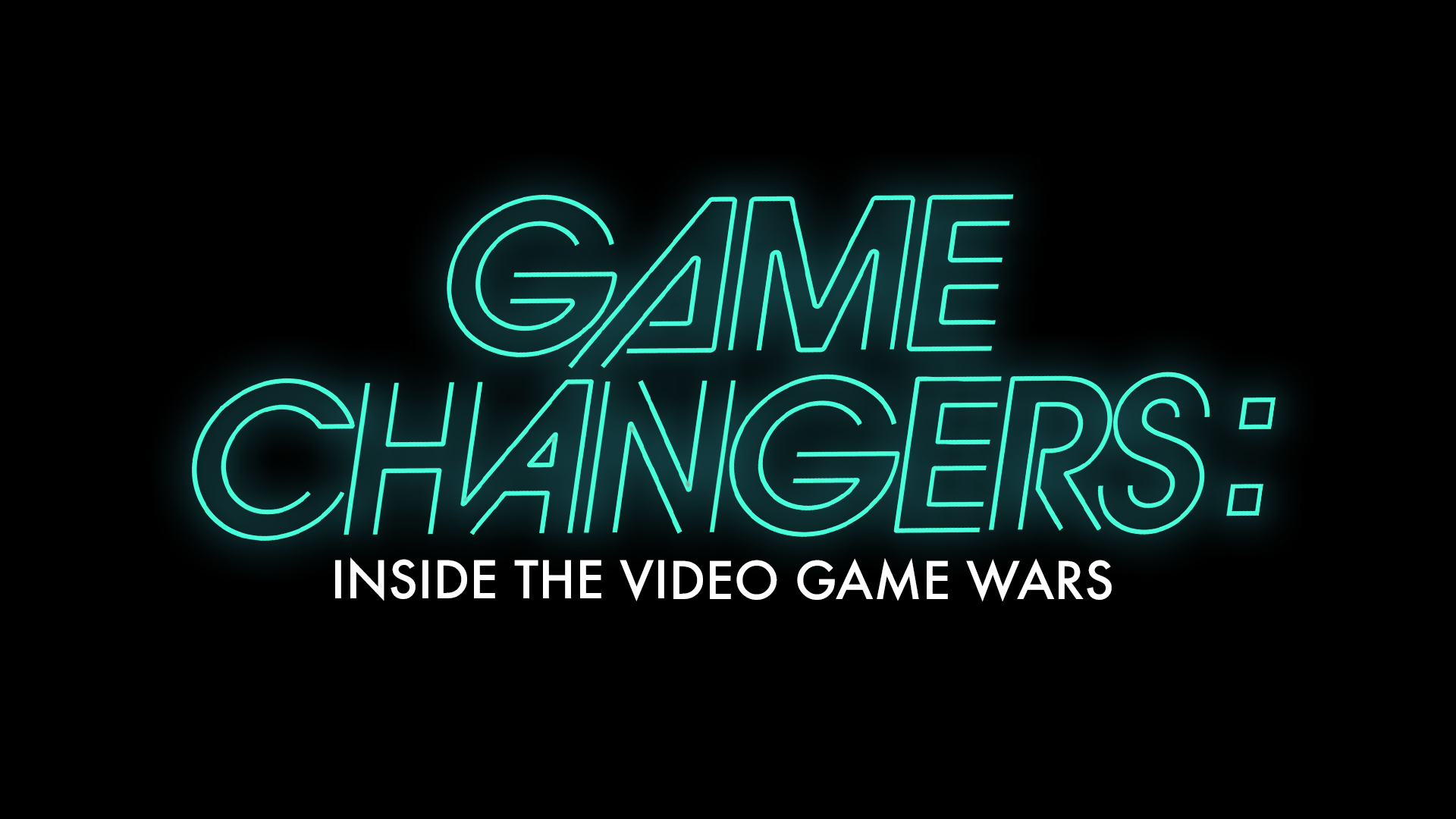 The entire movie is divided into 15 segments, or levels, as in leveling-up in a game, which is easy to digest on television. The topic is not too old, as many of the main players were still alive to do interviews and that’s what really makes documentaries shine: the personal perspective. However, I would have loved seeing an entire doc only focused on Atari and all the stumbles the company was involved with, in getting started. There seemed to be a feminism vs. hot tub culture, which both existed at the company, but that’s only briefly discussed.

I would have also enjoyed an entire documentary only detailing the Nintendo vs. Sega rivalry, as the house that Mario built was incredibly conservative, more focused on a younger demographic, while Sega was the cool console choice for older kids. The early days of Magnavox Odyssey vs. Atari mirror, in some shape or form, Nintendo’s battles with Sega and today, Microsoft’s fights with Sony to control the home video game market, and that, too, alone, would also make for a great movie.

There’s some great entertaining nuggets of information dropped throughout this doc, but never really gone into great detail, including Raymond Kassar’s perspective, as he’s brought in to turn the free-wheeling Atari into a more corporate atmosphere and Steve Jobs (along with Steve Wozniak) getting hired to create Breakout on the night shift, later leaving to start Apple Computer. And when the top four game developers/engineers left Atari to produce, manufacture and publish games at the upstart Activision, Atari was doomed, with the creation of third-party developers. That factor alone would have made for a great documentary.

The fact that these game developers/engineers had to first create the home console, then write software for the hardware that was never initially designed to run it in the first place was amazing. And seeing them prosper, despite the threat of lawsuits and limited technology was incredible.

There’s been a rise in documentaries that I’ve really enjoyed lately, including Nat Geo’s Valley of the Boom (which also features an emerging technology from the late ’80s) and Mars (which goes from today’s knowledge of space travel into what it would look like in the near future) and I really hope there will be many more. Before watching Game Changers, I didn’t have much knowledge of Junge’s past work, but I would have preferred he honed his attention to either just the tech rivalries or at least one company’s struggles to survive. This is totally a worth-while view and even purchase. As a Child of the ’80s who grew up with these consoles, I just wish it could have been a little more focused.