The Frist Gets Surreal With Monsters & Myths 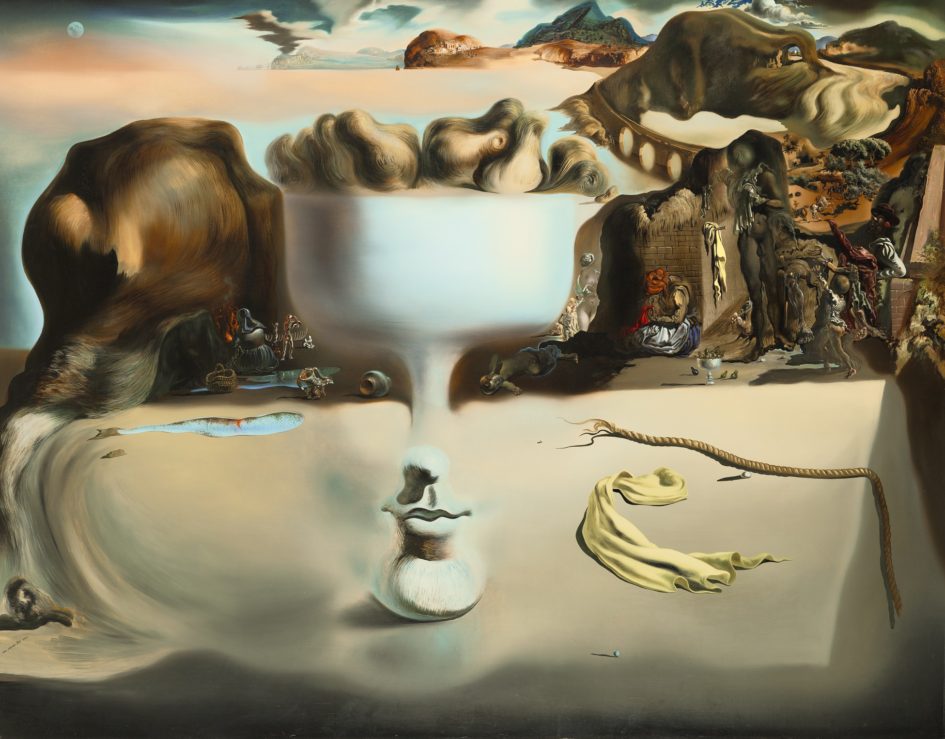 Per Matt
What is a monster? How does our culture define a monster? Monsters have come in all shapes and sizes throughout history, usually acting as something beyond our control and appearing in disguise. Opening today, the Frist Art Museum presents Monsters & Myths: Surrealism and War in the 1930s and 1940s, which showcases the very subjects that writers and artists viewed as truly horrendous during a major period of upheaval and instability.

The majority of the displayed works deal with reactions from the Spanish Civil War, the rise of Hitler’s power and premonitions of World War II. Representation is implicit, often dealing with the fragmentation, hybridization or deformation of reasoning. There’s revealing layers of psychoanalysis, as these men and women look for hidden truths and deal with internal debates and childhood traumas. There’s plenty of emotional context on display by these tortured souls, who really believed in personal liberation to think deeply and lead by example in the world.

Many artists considered Surrealism anti-rational and necessary, as opposed to rationality, which led to the devastation of World War I. Surrealists were very interested in Sigmund Freud to create a counter-narrative view of the world and really believed in revolutionary politics (much like Frida Kahlo and her exhibit downstairs). These artists were really fascinated with preying mantises, which showcased the female’s strength and dealt with male castration. Birds were often given mythological powers (be on the lookout for Loplop, represented in multiple pieces by Max Ernst), the Oedipal complex is often dealt with and the Minotaur seems to be a frequent topic for multiple artists, symbolizing repressed subconsciousness, sin and crime. Picasso gives this topic plenty of justice, but there are others who do fine work, as well. And don’t forget to check out Wolfgang Paalen’s fantastically post-apocalyptical Les Etrangers.

Hidden meanings and double meanings can be found throughout the exhibit, best represented by Salvador Dalí. As an illusionist and as a painter, Dalí used the Paranoiac-critical method to create multiple codes, leading your eyes into seeing multiple concepts. The Frist showcases two of his great works, Apparition of Face and Fruit Dish on a Beach and Slave Market with the Disappearing Bust of Voltaire. Dalí‘s art is interesting on many levels and is the major reason I was intrigued by this exhibit. Having previously lived near The Salvador Dalí Museum in St. Petersburg, Florida, I would often spend long afternoons staring at his various paintings, usually viewing and experiencing different scenarios each time. His works have a timeless, endless feel for observation, which I truly enjoy. I’m extremely happy that his works made it to Nashville, Tennessee and became a huge focal point of this exhibit.

Be on the lookout for other pieces of art, which are disturbing and fun in weirdly different ways. The artists on display often use death and other depictions of the grotesque as metaphors for war, psychological fears and fantasies of unbridled power — all elements artists of today frequently address. Guess that means André Masson may have inadvertently created some modern-day Surrealists, almost 100 years after the movement started.

Through 79 paintings, drawings, prints, photographs and periodicals, Monsters & Myths does a great job in describing the plight of the Surrealists and the monsters they may have encountered. While visiting the Frist, don’t forget to also check out the Mexican Modernism exhibit featuring the iconic works by Frida Kahlo, her husband, Diego Rivera, and their contemporaries.