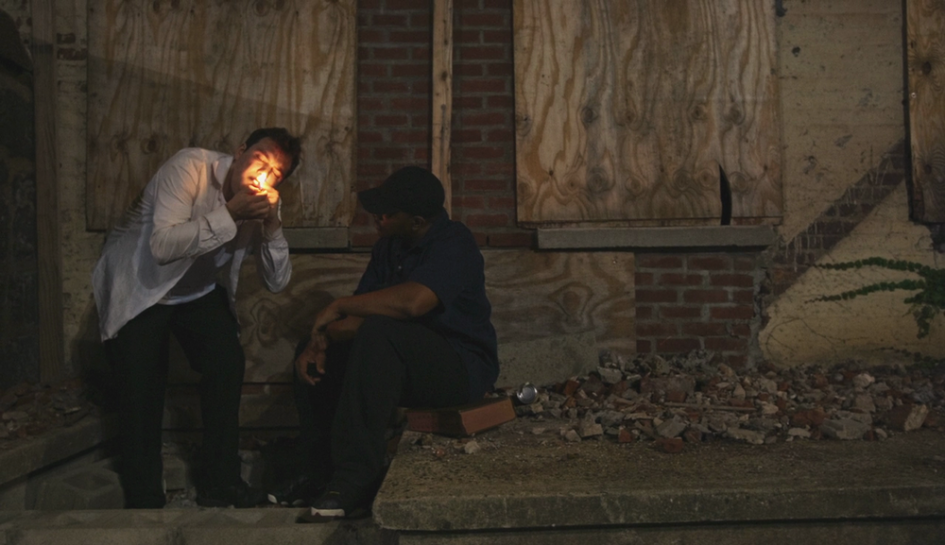 I’ve been watching a lot more Troma lately than ever before and, in the midst of the schlocky, absurdist humor I’ve found in titles like Slimed and Dolphinman Battles the Sex Lobsters, I’ve forgotten that sometimes they get behind an independent project that is every bit as thought provoking as it is debased. It’s a refreshing change of pace, after watching some of the more bizarre science fiction and horror that the studio is known for, to be treated to something almost cerebral at times. Vincent Turturro’s Victor Goodview gives us exactly that. In this ultra-realistic dark comedy, audiences get a chance to see a more serious side of independent film (and Troma) than they’re used to.

Victor Goodview is the story of a junkie in decline. Vick is both emotionally and physically constipated, struggling to find the money to keep his lights on, while simultaneously looking for his next fix and a way out of the cycle of terrible life choices he’s made. Living in a rat-infested basement apartment in a building that by its very definition is a slum, all he wants to do is enjoy some form of relief to ease the burden of the life in which he’s been existing. Down to his last few bucks, he seeks out his friend and dealer, Rick, to help him score a good high the night before he interviews for what promises to be another in a string of dead-end jobs. Victor’s night seems to come completely off the rails in a series of mishaps so real and so unfortunate that you can’t help but be twistedly amused. 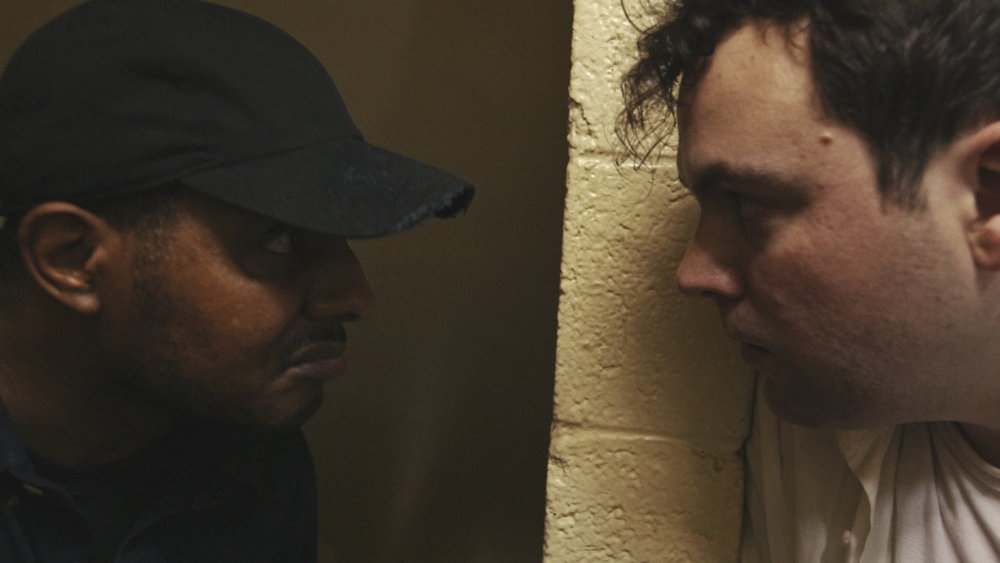 I’m not going to be that asshole who compares his craft to a serious chemical dependency problem, but I’ll say that I sympathized almost instantly with Victor from the moment the opening credits were through. He’s the poster child for bad-life choices. Sitting alone in his apartment, trading out furniture and what little he owns for money enough to score a little more crack or to get himself by on the bills for another week, he’s such a complete and total failure of a person that you just want him to come out on top. We live by each other’s happiness, not misery, and you really want to see this guy catch a break as he makes calls from a payphone down the block and buys — or steals — groceries that should guarantee him the bowel movement he needs in order to change his life.

And, since we’re talking about it, that plot point right there may be the best thing about this entire movie. This obstruction of his intestines steadily causes him more visible pain and discomfort with each passing moment and seems to hold him back from so much. But it’s more than just a crude joke in the center of the plot, but a metaphor for the foul, toxic habits that are figuratively and literally killing him every single day. If he could just catch a break, just get that moment of relief, he might just be able to change his life. Or it could just be another momentary release; a quick, embarrassing break from the pain that is guaranteed to return as soon as that fleeting joy, the same way scoring a rock of crack will take him briefly away from the suck that is his life, while depositing him unceremoniously on the floor. Any way you look at it, the backup he experiences throughout the film is a perfect representation of his life and his struggle.

Writer/director Vincent Turturro says it best on the film’s website:

“Victor was conceived during a period of absolute loserdom in my life. Oh! so dark. Abject. Anticlimactic in every department. The residue of a dream to make films, however tamped down at the time, and a support system of true friends were the only realities saving me from becoming the guy you see in our movie.“

The story is very well written and the performances are not only genuine and heartfelt, but beyond believable. From the casual racism of Vick’s landlady, to the chair-waving antics of a local crack whore, each performance was masterfully delivered. As if that wasn’t enough, the soundtrack for this movie is phenomenal. Full of solo guitars and lyrics that speak to the situation, it helps create an atmosphere that follows the audience through the movie. Additionally, some of the larger shots as Victor moves through town are so beautifully done and the film cut together so precisely and beautifully that it really does feel more artistic than anything else. It’s definitely not what you’d expect from Troma, which may be the coolest thing of all.

Victor Goodview takes a societally uncomfortable topic and explores it through the window of dark comedy and humor. Nothing is glamorized. Nothing is sugarcoated. It’s real and it’s in your face every minute that it’s on your screen. Looking for something that’s going to offer some laughs while challenging to scrutinize an American epidemic? You’ll definitely need to check this out.