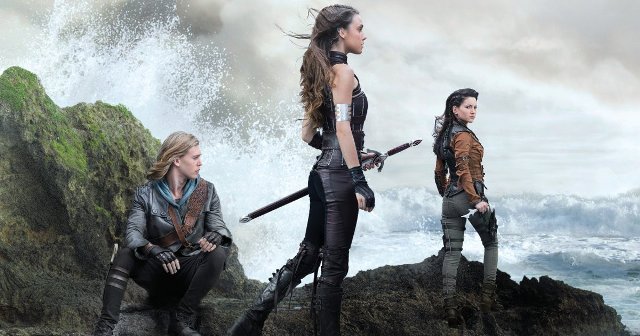 Last week, The Shannara Chronicles aired on MTV and became the next fantasy adaptation of a book series. The story is set in a realm with familiar tropes. Most familiar are the races that inhabit the Four Lands, in which the TV show takes place. Ogres, trolls and gnomes are just some of the categories of races that are mentioned in the pilot episode, but elves are the main focus of the story.

It makes sense that elves would be emphasized: They are elegant, magical and most importantly, beautiful, which seems to be the main appeal for MTV to green light a fantasy series. The majority of the main characters are young, attractive and appealing, as if they were pulled straight from a pop star’s music video. Without the glamour and sex-appeal of actors and actresses like Austin Butler and Poppy Drayton, the network likely wouldn’t have been a good landing spot for audiences that have a high teen and young-adult demographic.

Aside from the appeal of the actors, the appeal of the world they act in is just as grand. Filmed in New Zealand (a country popular with fantasy production), the setting of the Four Lands is lustrous and colorful, displayed with many vast panning shots across forests and mountains that help the viewers get sucked into the fantasy world, themselves.

The main narrative revolves around two elves with different backgrounds. Wil, a half elf from the tiny village Storlock, embarks to learn the magical ways of his kind after the passing of his mother, equipped with a handful of small blue stones that are both powerful and foreboding. Amberle, a young female elf is first seen competing in a blindfolded footrace with a large group of men, vying to become one of The Chosen. This order’s sole purpose is to protect a magical tree known as the Ellcrys that acts as a seal between the Four Lands and a realm of banished demons. What the two protagonists of the story have in common is that they are both in over their heads, with the duties they have bestowed upon themselves. Within the first day of arriving in Arborlon, Amberle touches the magical tree and experiences a horrific vision of herself killing her love interest, before coming to her senses and fleeing the capital. Wil, on the other hand, lacks both discretion and caution while travelling alone, and almost gets killed by an orc before being saved by a beautiful elven girl, who later swindles him out of his stones.

Eventine, the ruler of Arborlon, is another interesting character of The Shannara Chronicles. While most others take the demon seal of the Ellcrys as myth, Eventine has been around long enough to know that it is all too real. He tasks his longtime friend and fellow war hero, Allanon, to find a solution for the dying Ellcrys before demons enter the Four Lands, one by one, with the falling leaves. His son, Arion, sees weakness in him and tries to take command, once the capital falls into chaos. However, as a strong leader, Eventine reminds his son that long before he was born, he fought in a war that brought peace to the Four Lands and that Arion simply wasn’t prepared to face what needed to be done.

All in all, the narrative of the story seems to go all over the place. Within the first episode, characters are either on the move or being introduced for the first time late into the fable. It is quite bothersome trying to pinpoint each storyline, when no one is apt at just staying in the same place for more that 10 minutes.

Another concern for the series is how it doesn’t stray away from overused fantasy tropes and clichés in general, for a genre that begs for originality. A magical seal protecting the world from evil, talks of the chosen one and the last living member of a dead race are just a few of the formulas in the show that have been beaten to death over the years. Some of the dialogue is also cringeworthy and stereotypical like, “You can’t run away from your destiny.” Just listening to Wil’s uninformed response of the Druid Allanon being “too old to be alive” makes you want to roll your eyes, as if the viewer or Wil somehow shouldn’t know that magical beings could live magically long lives. We haven’t seen a dragon or evil wizard yet, but without any knowledge of the series, I would place a bet that at some point or another they, too, will be added to the plot.

In the end, I can see why die-hard fantasy fans will love the show. Most of the characters are likable and MTV producers must see a promising story that spans across nine of the Terry Brooks novels. With a cultural shift that started with The Lord of the Rings films and hit its stride with HBO’s Game of Thrones, the fantasy genre is rising in popularity and MTV could be well on their way to reaping the benefits. If, however, MTV expects Shannara to live up to other fantasy staples, the network may come to realize that character and plot development can’t be replaced by pretty faces and landscapes.