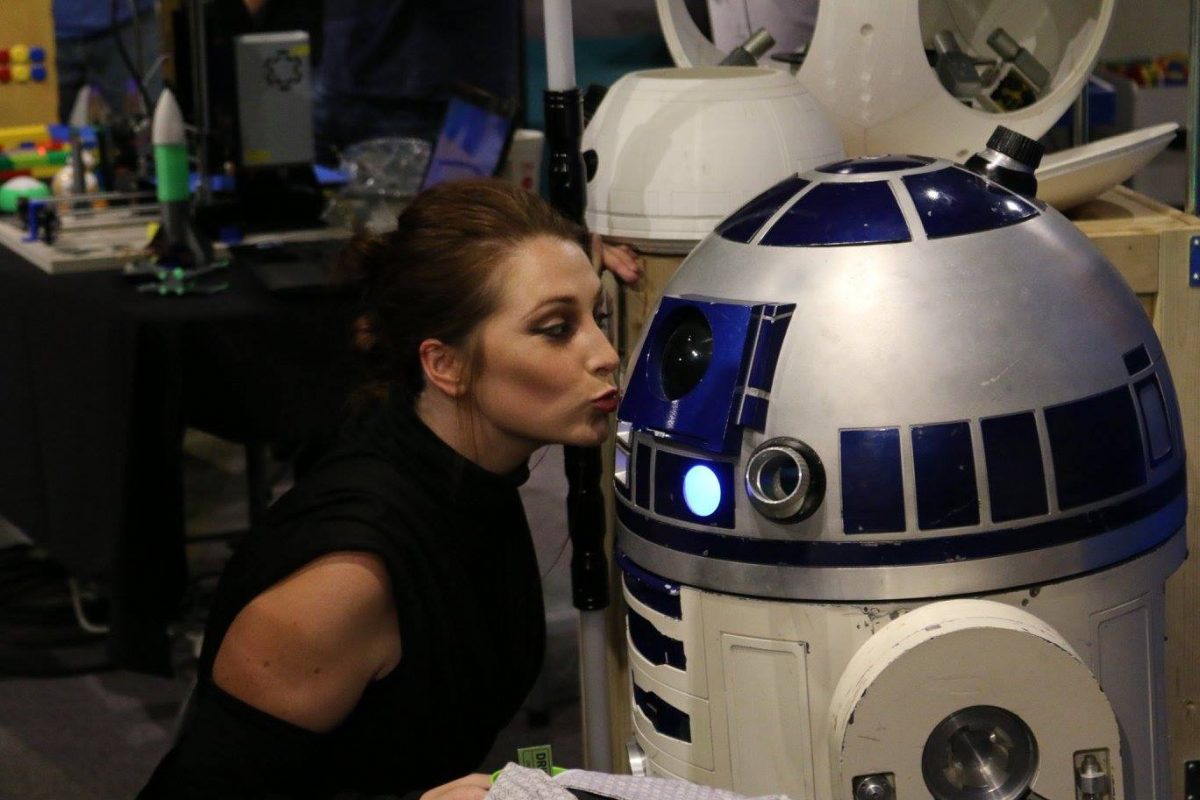 In the latest gathering of fun-loving sci-fi fans at the Adventure Science Center’s Way Late Play Date, fans of the two most beloved space epics joined together to celebrate in the theme of the evening, “Star Wars vs. Star Trek.” Billed as an “Intergalactic Night of Reckoning,” fans of both franchises joined together for a fun-filled night of highlights from both beloved series, and yes, a little lighthearted debate.

The Way Late Play Date is a 21+ event, allowing adults the opportunity to partake of all the fun normally reserved for the younger patrons. This was my first time attending the event, and I was blown away by the amount of fun that was to be had! Cosplayers were in abundance, wearing a variety of amazing costumes ranging from Stormtroopers and a very convincing, Mark Hamill-esque Luke Skywalker, to Enterprise crew members and even an Andorian. I had the pleasure of serving as a judge for the cosplay contest, and I was delighted at the originality and representation of so many different characters from both series. 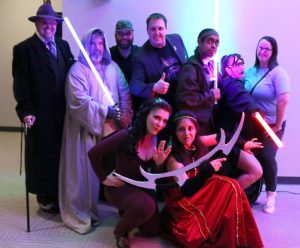 Several local breweries were present as part of the event’s offerings, including Mayday Brewery from Murfreesboro, TN; Fat Bottom Brewing from Nashville; and new up-and-comer New Heights Brewing Company from Nashville (which had a delightful Raspberry Cream Ale that I fell in love with). Aside from the great brews, attendees could choose from a myriad of fun activities including trivia, a complimentary show in the Planetarium, a photo booth where you could have a picture snapped with Stormtroopers, plus all of the fun exhibits throughout the center. Of course, what kind of fun night wouldn’t be complete without yummy food, which was provided by The Steaming Goat food truck!

Star Wars vs. Star Trek is just one of several themes featured throughout the year. A previous event was focused on the hit British sci-fi show, Doctor Who, while the next Play Date in October will be Harry Potter themed. No matter what the theme is; however, attendees are sure to have a fun night, full of geeky antics and fandom frivolity. I’ll definitely be in attendance (wand in hand!), and I hope you will be, as well. Be sure to get your tickets early, as they usually sell out well in advance.

Until next time, friends… live long and prosper!