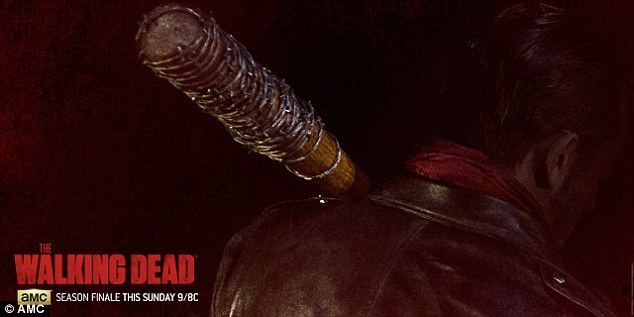 So, as we kick off what may be the most-anticipated episode of the series so far, with The Walking Dead’s Negan-teased season finale, I thought I would share what I could see as the perfect ending. This is based on the notion that you already know what Lucille does in the graphic novel, so if you don’t, stop now.

OK. Because she does this shit right here:

In issue 100, Glenn dies a very gruesome and emotionally charged death, as he’s beaten into a literal pulp by Negan. This sadistic writer is hugely hopeful that we get a little of this in tonight’s show. It’s been set up to be a big deal, leaving fans shocked and distraught. I’m really ready for this to be the case. Hell, take a few other characters along for the ride, while we’re at it! Bloodbath, all around. Unleash the guts. Release the frantic fan hysterics.

For my money, the last on-screen action should be a shot of Negan, swinging the bat at Glenn…

…and then go to black for a delicious audio mash-up of thumps, and splorts, and some blood-curdling screams from Maggie, perhaps. And cut. We’re out. We get to suck on that for the whole summer.

Then, return to the next season, with a nice, slow, rotating pull-out on Glenn’s disembodied eyeball… leading into this shot, as we fade in the sounds of the whimpers, moans and shrieks of Maggie and company. 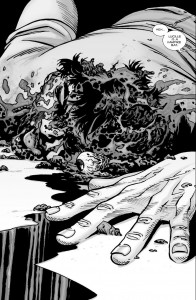 No, I don’t know how they might get all these characters in the same place at the same time, and I don’t care… This is just the assembly of sights and sounds that I’d prefer to see, tormenting the fans, from the most disturbed and sadistic depths of my story-telling soul.

Enjoy the show! I’m over here, rooting for Lucille.