What Was the Point of Resuscitating The X-Files? 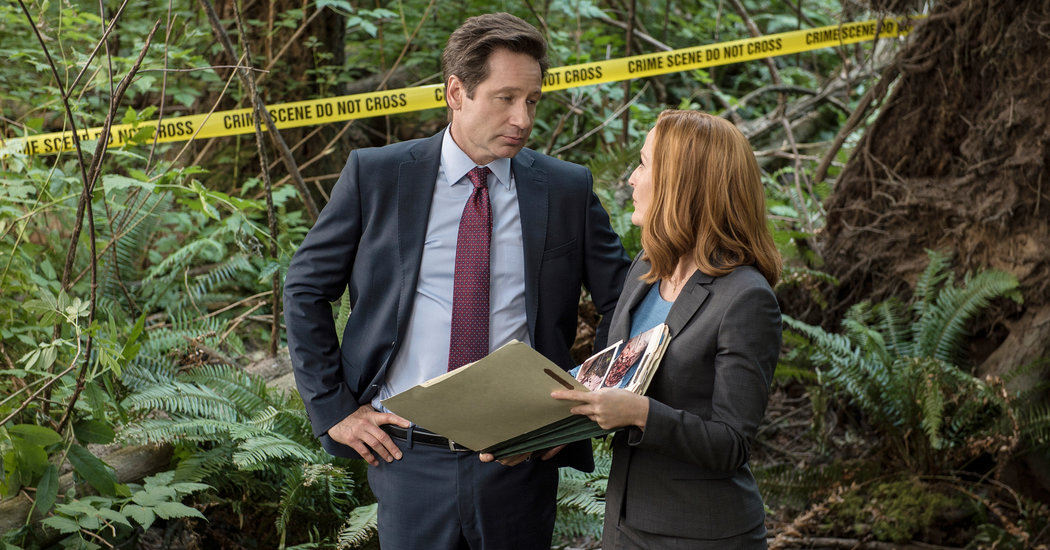 Per Matt
Now that the relentless hype train has finally been derailed and the dust has settled on the tracks, just a bit, it’s time to take a hard look at this year’s abbreviated season of The X-Files. After 14 years, the best science-fiction program on television that originally went out with a whimper, back in 2002, was revisited once more… with a sigh.

For the first time, ever, The X-Files has made the transition to HD with Season 10, and with that technological advancement, certain details are even more apparent: David Duchovny’s got a few more wrinkles and a little less hair, while Gillian Anderson is now a blonde instead of a logical redhead, but the show’s returned, regardless.

“This is just the beginning.”

X-Philes around the world rejoiced when FOX announced the return of their beloved TV show, with many of the show’s original filmmakers returning to run it. Season 10 only included six episodes, but each one was filmed in the franchise’s former production home, up in Vancouver. Throughout the years, the show’s moody environments have often been powerful enough to elicit a supporting-character role of the show, so its exodus from Los Angeles was a welcome return to the program’s roots (as well as a cost-cutting technique). 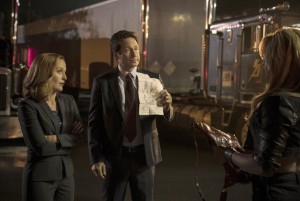 In a note of transparency, The X-Files is and was my all-time favorite TV show. Period. Back in the early ’90s, when the pilot premiered on September 10, 1993, I was there, watching and was instantly hooked. From cult classic to pop-culture phenomenon, there was nothing quite like it, at the time. I was more than a little excited for the show’s return, but still cautious, having endured the pain of watching the last few seasons, which were horrendous.

Considered an “Event Series,” Season 10 of The X-Files received lots of goodwill, by its fans, in spite of its previous lackluster finale, as well as the lukewarm results of The X-Files: I Want to Believe. Its nostalgia factor was huge, but how would the series sort through nine seasons of conspiracy theories, UFOs and the paranormal, but also present new stories, as well, in only six episodes? The answer’s simple: It’s not possible. Sadly, the franchise feels like a shell of itself. In name only, this is The X-Files, somehow missing its soul. Two incredibly jumbled mythology episodes and four Monster of the Week stories later, how is the franchise in better shape 14 years after its initial cancellation? Despite the huge ratings, this revival was an utter and complete letdown. What was the point of resuscitating The X-Files? Unfortunately, it feels like a cash grab, with one exception.

The high point of the entire “season” was Darin Morgan’s episode, Mulder and Scully Meet the Were-Monster. Written and directed with Morgan’s trademarked dark humor and filled with Easter Eggs for the show’s rabid fans, Rotten Tomatoes currently ranks the episode as 100 percent Fresh, which is rare, but should have been expected by one of the filmmakers who never truly received enough credit for his past contributions on the series. Having won an Emmy Award for the writing the Season 3 episode, “Clyde Bruckman’s Final Repose,” Morgan’s definitely someone who should have had more executive power running the TV show during its heyday. 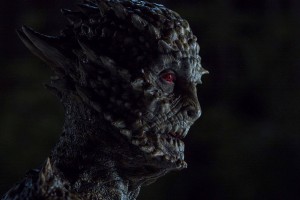 Sadly, Chris Carter receives the brunt of the criticism for this season. As the Executive Producer, it’s his responsibility to oversee the direction of the entire franchise. But when he is credited as the writer and director for three (out of only six) episodes and those are the weakest links, serious reassessment needs to be made about his leadership role within the franchise. If the show’s writing room (which was originally groundbreaking) can’t change with the times, is there really any true reason for it to return back to TV? Vince Gilligan, Howard Gordon, Alex Gansa, James Wong, Glen Morgan and David Amann all formerly worked on the show, back in the day. Any one of them could instantly jolt the series off life support today, which it’s currently clinging to, although I’d prefer to see Morgan and Wong as showrunners. Carter’s writing is convoluted at best; dreary at its worst. Duchovny even mentioned how terrible Carter’s scripts were. It appears Carter hasn’t developed any new writing styles since the show initially left the airwaves. That is not a good thing, as the show apparently moves forward, with or without him.

Looking at the season’s episodes:

My Struggle
It took 14 years for Mulder and Scully to return to the network and sadly, the show hasn’t changed much, for the better, throughout the years. This season-premiere episode really showcased Chris Carter’s wooden writing, which was a really big disappointment. During the last millennium, it was actually considered groundbreaking. In today’s post-LOST climate, it feels archaic, like he’s out of touch with today’s entertainment environment.

What did we learn from this episode? Nine years of the show’s mythology (not to mention two feature films and a spin-off TV show) were all explained away by a government lie? Carter either got super lazy writing this 40-minute episode, or he must have suffered from a case of incurable writer’s block, right? I eagerly anticipated the show’s return for this steaming pile? I could have written something so much better.

Founder’s Mutation
Much better than the first episode… but it really couldn’t have gotten much worse. Written and directed by James Wong, this episode felt like a return to the to the vibe of the show’s first few seasons.

Mulder and Scully Meet the Were-Monster
Best episode of the season, it gave detailed fan service in the form of a unique character, off-beat writing by one of my favorites (Darin Morgan), featured a weird storyline and a bizarre shapeshifting lizard monster that becomes a human, wrongly accused of a crime.

Home Again
Despite having the title of one of the most iconic past episodes of the series that FOX shall never replay again, this episode was unfortunately not related to Home. This one focuses on The Trashman, a figure that’s more like an urban legend, looking after the homeless people of Philadelphia. Writer-Director Glen Morgan tries to draw a similarity between the mysterious case (which goes unsolved) and Scully’s mother, who suffers from a stroke and dies. Scully longs for William, whom she never had time for. This was not a great episode. Surely something better could have replaced it?

Babylon
After and incredibly way-too-long intro, this is supposed to be the “funny” episode, right? Instead, there’s politics wrapped around the plot, along with the dynamic duo’s doppelgängers. The writing of Chris Carter just feels incredibly outdated, trying to be too self-referential, using crusty stereotypes and cramming The Cigarette Smoking Man into a lackluster story. Magic mushrooms, talking to the dead and Revelations references create an uneven episode. Agent Einstein may just be the worst-written character in the history of television, who Carter desperately attempted to make humorous.

“You think anyone takes The X-Files seriously?”

My Struggle II
After Scully gives an oddly informative intro recapping 10 seasons of The X-Files, the season finale begins with a bang. Joel McHale’s Tad O’Malley returns with dangerous allegations that alien DNA hides within each and every American citizen. Not only has he rattled the cages of some powerful people within the intelligence community, but Mulder’s home and office have been rifled through and the Special Agent has gone missing. Agent Einstein returns with the pure purpose of being annoying and becoming the new skeptic of the show. With a pending catastrophic outbreak on their hands, Mulder spends the entire episode on his own.

“They haven’t killed me yet, as hard as they may try.”

Mysteriously, Monica Reyes reveals the smoking gun (along with an Earth-shattering revelation).

“Everyone still dies in the end.” 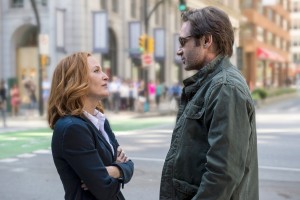 That badly kept secret is true: The Cigarette Smoking Man has somehow survived throughout 10 seasons. Chemtrails are poisoning the population with an aluminum gas, along with gene tampering, mixed with the Spartan Virus. It’s pseudoscience meets alien technology and population control. But what is triggering it — out of thin air, literally — right now, at this very moment, when it has seemingly been planned for decades? With a vaccine miracle drug created from Scully’s DNA within minutes, will this medicine actually save the world? Will Mulder survive? What about William? And what’s up with that cliffhanger ending? Will every character, important to this show, be abducted in order for Season 11 to happen? Tune in next year to find out!

Why did Carter create one info-packed mythology episode and waste so many other possibly great episodes with nothing but fluff? For the majority of these six episodes, Mulder and Scully spent a majority of their screen time apart, which created an underwhelming dynamic and almost a waste of time for die-hard fans.

Skinner only had a handful of dialogue (and could have been used much better), The Cigarette Smoking Man was wasted, Marita Coverrubias, John Doggett and Alex Krycek failed to make a return, The Lone Gunmen return from the dead in a meaningless drug-induced haze and multiple times I kept wondering, “Is this actually happening? Who would have given the clearance for such nonsense?” Then I remembered, FOX gave Chris Carter the clearance. Supposedly, for many years, he’s collected other stories he’s been dying to air, as well. Too bad he got the opportunity to show off so many bad ideas for this go-around.

Creative casting was a bright spot for the season, featuring Joel McHale in bookend episodes that was a very smart decision. The three main leads have aged gracefully and it’s great to see them together again, but it would have been so much better if they had better scripts and stories to work with. Carter never once referred to the oncoming alien invasion that was foreshadowed when the series initially shut down. After painting himself into a corner with that storyline, it’s basically been thrown out the window, in hopes of retconning the series altogether, hoping that no one will remember it. Can we at least own up to the mistakes of the past, in hopes that they’re not repeated in the future? 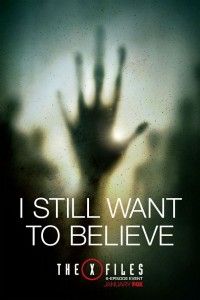