Survival Horror Gets an Old-School Treatment in The Terror 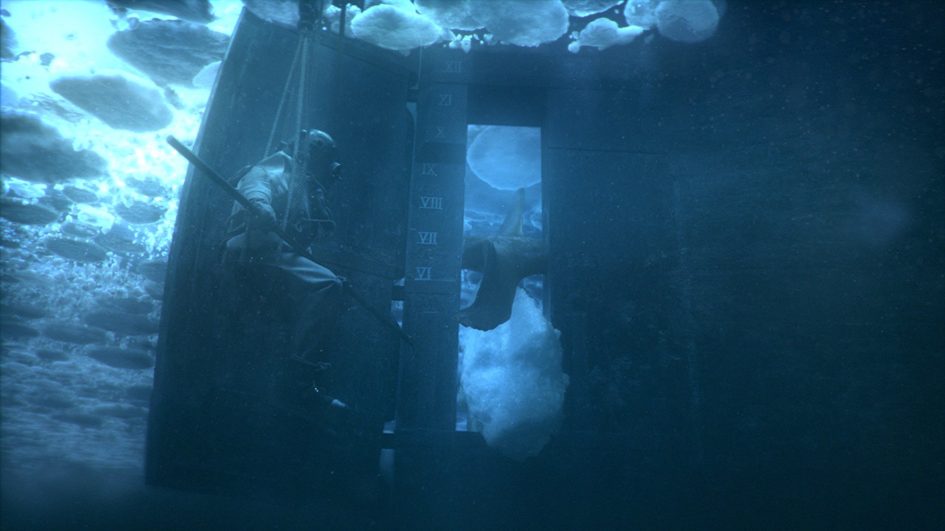 Part historical thriller, part survival horror (akin to The Walking Dead), The Terror is loosely based on a true story… but it feels more like John Carpenter’s The Thing.

This new TV series depicts the events of the HMS Erebus and the HMS Terror, two polar explorer ships of the Royal Navy that attempted to navigate the Northwest Passage in 1845. Both boats vanished and their crews disappeared before completing their journeys. This show depicts a fictional “what if” story that instantly sinks its teeth into harrowing conditions, perfectly complicated for a series that’s full of drama. There’s a voyage into an uncharted territory, bickering captains and crews, never-ending bad weather, a looming fear of the unknown, an unexplained disappearance and possibly a supernatural predator that’s stalking them all, lurking in the background. It’s survival of the fittest in the Arctic in episodic format.

“The thing made of muscles… and spells.”

The two-episode series premiere event included the episodes “Go for Broke” and “Gore,” which jump straight into life on the boats. Brief flashbacks depict the personalities of the main characters. While there’s interludes in the storyline and the action to focus on different personalities ever so briefly, unfortunately, many of the characters wear similar costumes. Other than slightly different hairstyles and facial hair, it’s a little difficult to differentiate the actors (at least after watching two episodes). Captain Sir John Franklin (played by Ciaran Hinds) is the stuffy, know-it-all leader of the bunch who basks in his glory at home. Captain Francis Crozier (Jared Harris) seems to be the smartest one of the bunch, but no one heeds his advice. Others play major roles, such as the two doctors and the scouting parties, but so far, the leaders of the trip have received the maximum screen time.

Along the way there’s fallen soldiers, damaged boats, fears of scurvy and other diseases, creepy visuals and eerie music. Captain Franklin aims to be the greatest Argonaut of his age, while constantly ignoring all of the surrounding environmental concerns, including a native Inuit who warns the crew to flee before it’s too late, along with hallucinations from a sick deckhand… or can any of it actually be real?

“This place wants us dead.”

Based on the novel by the same name, if the show follows the footsteps of the bestselling book, there will be starvation, cannibalism, botulism, exposure to the elements and a monster that looks like a polar bear, but acts much differently that could all appear in upcoming episodes. Are these two boats haunted by their past poorly made decisions? Or are they possibly cursed? Possibly, all of the above…

The setting is spooky, the mood is tense and everyone seems to be on edge about one thing or another. Oh, and there’s the Arctic setting, which looks incredible, by the way. As someone who adores Planet Hoth, along with every type of genre that uses snowy settings as the primary backdrop (The Thing, The Shining, etc.), I’m already hooked to learn more about the peril that’s befalling these unfortunate people, even if it’s not exactly true. The secrets and knowledge that befall Lady Silence (Nive Nielson) will bring me back to watch more of The Terror, but it’s the depiction of the Tuunbaq that intrigues me the most.