The one-day convention offered a variety of entertainment options, including celebrity guests, gaming tournaments, interactive panels and many cosplayers roaming throughout the halls! Of the panels, some of the featured topics included My Little Pony, Fallout trivia and traveling to Japan on a budget.

Cheshire, of the D20 Girls Project, sat down for an interview to discuss cosplaying, competing in gaming tournaments and offering tips to survive the Zombie Apocalypse.

Speaking of Zombies, there was even a Hunter cosplayer spotted, from the Left 4 Dead franchise. 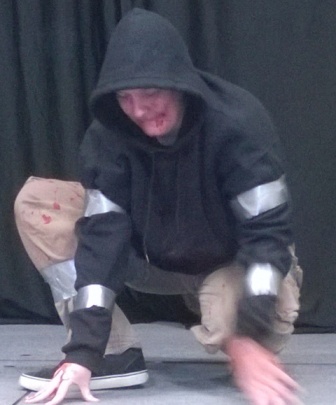 Sukoshi Con President Jacob Cooke visited with us for an interview, discussing how the convention keeps anime social and how a rock band performance led him to climbing the company’s corporate ladder.

ICONIQ photography was on hand as the convention’s official cosplayer photographer, taking pictures of all the great costumed characters throughout the day.

There were several different gaming tournaments conducted, including Kaijudo and Magic: The Gathering (both casual and Re-Pack draft) throughout the convention, as well as a Vendor Room and Artist Alley.

Later that evening, at the costume contest, there were 30 participants showing off their outfits. After the judges chatted amongst themselves, winners were chosen. 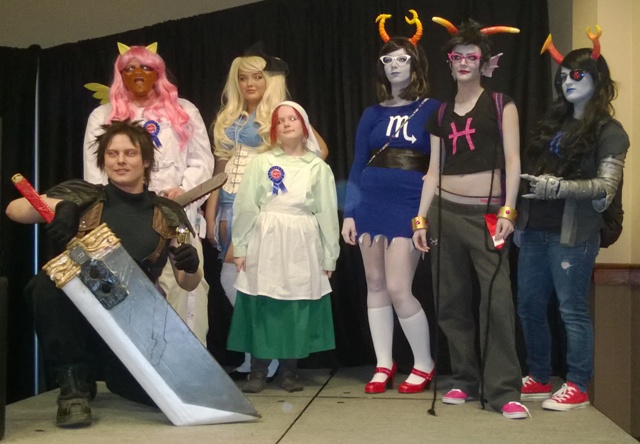 Later that evening, I spent a good amount of time in the video room, watching various anime, including the final episode of Cowboy Bebop (which was also my first episode to watch, oh well). My highlight of the video room was watching many different AMV Hell episodes, mashing various pop-culture references into different anime for hilarious results.

DJ Shadow Clone performed a concert that ended the convention with a bang! 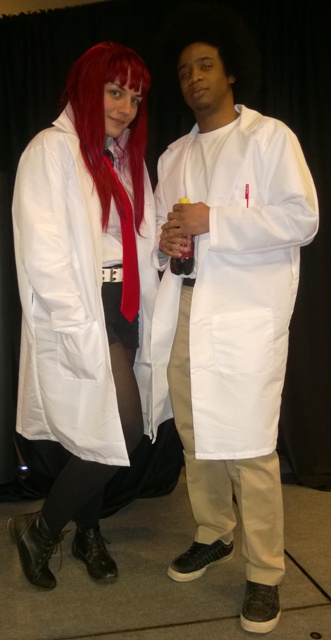 Overall, Sukoshi Con was a smashing success in Bowling Green! In fact, preparations are already being made for the convention to return again next year. Stay tuned for other Sukoshi Con-produced events, including Pokecon and Louisville Anime Weekend, coming soon!