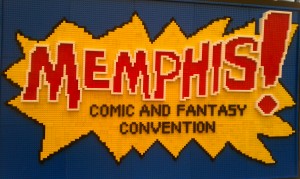 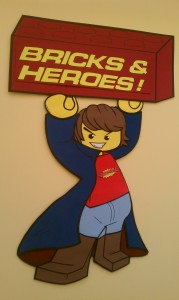 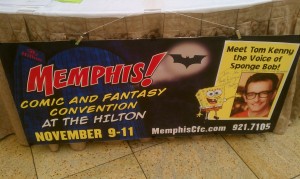 Per My Brother
All of a sudden, I’ve attended quite a few conventions lately. Two weeks ago, I was at the Geek Media Expo Vol. 4, and about a month ago I was visiting ScareFest. I guess transcribing interviews has taken up a lot of my time, then I’m on the road again. Rinse and repeat. Busy, busy. I didn’t know about the Memphis Comic and Fantasy Convention until the closing of GMX, but I’m really glad I attended. On top of that, this is probably the final convention of the year for me, so I had to make it a good one. Mission Accomplished! I’ve posted more than 20 pictures of the convention, which can be found on my main homepage gallery slideshow, at the top of the page. These are only a sample. 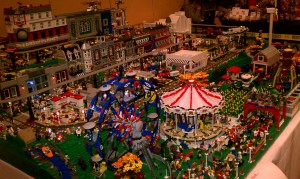 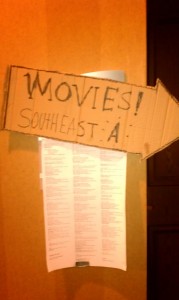 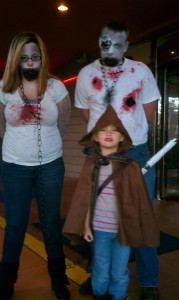 On Friday, the convention opened with many panels and Q&A sessions. Guest of Honor, Tom Kenny (voice actor to many animated TV shows, but featured as the brains and voice behind the character SpongeBob SquarePants), participated in the Animation Education panel, along with the Memphis College of Art at the Chatterbox Audio Theater at nearby White Station Middle School. There, the panel spoke to middle-school students about working in the arts, as a profession. This was an incredibly noble endeavor for a convention to partake, and I wholeheartedly applaud them for their efforts. Unfortunately, I was unable to attend. But that is OK, I’ll gladly forego my seat for an aspiring young artist. Later that night, Mr. Kenny made his appearance at the convention, presenting the free movie screening of Comic Book: The Movie (which he starred in). 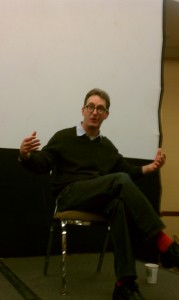 Bricks & Heroes, this convention’s unofficial LEGO programming, was amazing. Panels included multiple LEGO Trivia Contests, Blind Build Contests, Build In The Bag Contests, LEGO Stop-Motion Short Movies by Paganimation, and a Meet the LEGO Corporation panel as well. Fans displayed their incredibly large and detailed LEGO masterpieces, dealers such as Citizen Brick sold custom-printed bricks and Mini Figures, and LEGO was also officially in the house, which set up a booth to interact with the fans. 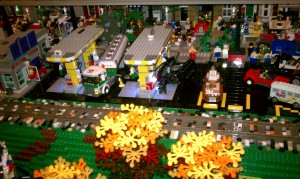 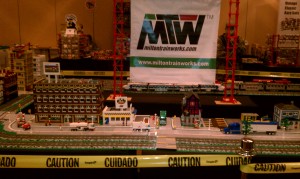 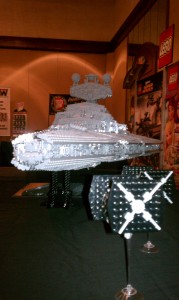 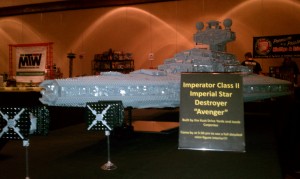 On Saturday, Featured Guest Tom Kenny hosted not one, not two, but three panels, discussing his acting career, his musical career and everything that encompasses the absorbant and porous and yellow one! He was incredibly generous with his time and ended up signing anything that was placed under his nose. Fans also took many, many photos with him and he always had a smile on his face, the entire time! From an outsider’s perspective, he really seemed to be enjoying himself! In fact, many times, he’d be asked minute questions concerning TV shows he acted on so long ago, he’d forgotten about them. He often referred to the fans as knowing him IMDB profile better than himself. I attended two and a half of his three panel sessions, and he never needed to take a break. He was running on pure adrenaline throughout the day (that and about four or five cups of coffee). Speaking of being wired, while he discussed his personal stories, Mr. Kenny was incredibly animated. You might say he was as animated as SpongeBob, if not more! 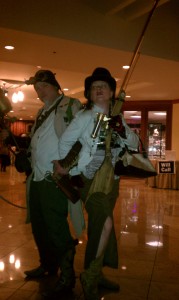 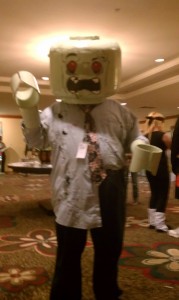 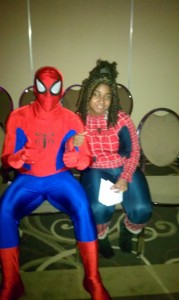 Later that night, V is for Villians performed a free concert. Mixing the Geek Culture with thrashing music, the Villians enthralled the captive audience. For me, it was more entertaining to watch the fans, most of which were decked out in full costume, jumping around to the music, than the band itself. Immediately following the concert was the Costume Contest, and the fans did not disappoint. Steampunk fans took the Best in Show award, while the rest were filled with fantasy and comic-book characters. Closing the evening, Industrial Music Works presented Mr. Agitator’s Dance Party for an additional fee. I was wiped out, so I went home to crash. 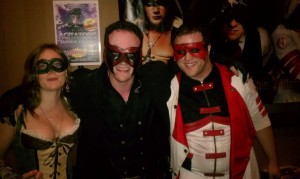 Sunday presented a brand new day for convention-goers! Many panels filled the day, while the Unreal Film Fest continued as well. There were two gaming rooms set up, one for board games and another for console video games. Somehow, I missed both, until the final day. I spent the majority of my Sunday in the Dealer’s Room, perusing the comics, custom-created LEGOs, the latest Elf-inspired fashions and many, many toys. I managed to work in a brief interview with LEGO North American Community Coordinator Kevin Hinkle (and hope to post it within a few days), as well as the highlight of my weekend, interviewing Mr. Tom Kenny for 15 good minutes (also to be posted soon). 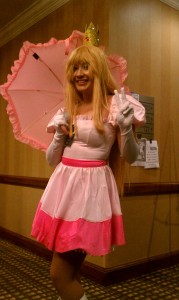 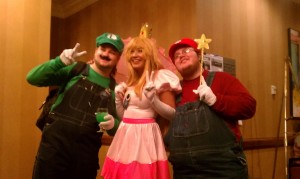 Overall, I had an amazing weekend visiting the Memphis Comic and Fantasy Convention and hope to attend next year’s celebration as well! Good job, Memphis! You did a great job! 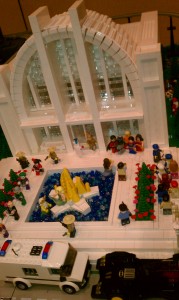 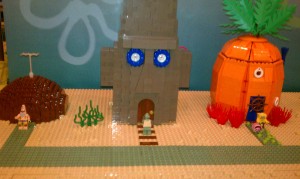 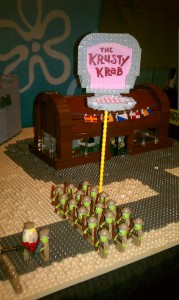 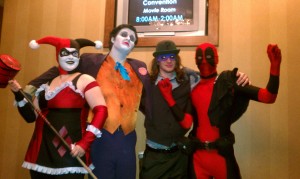