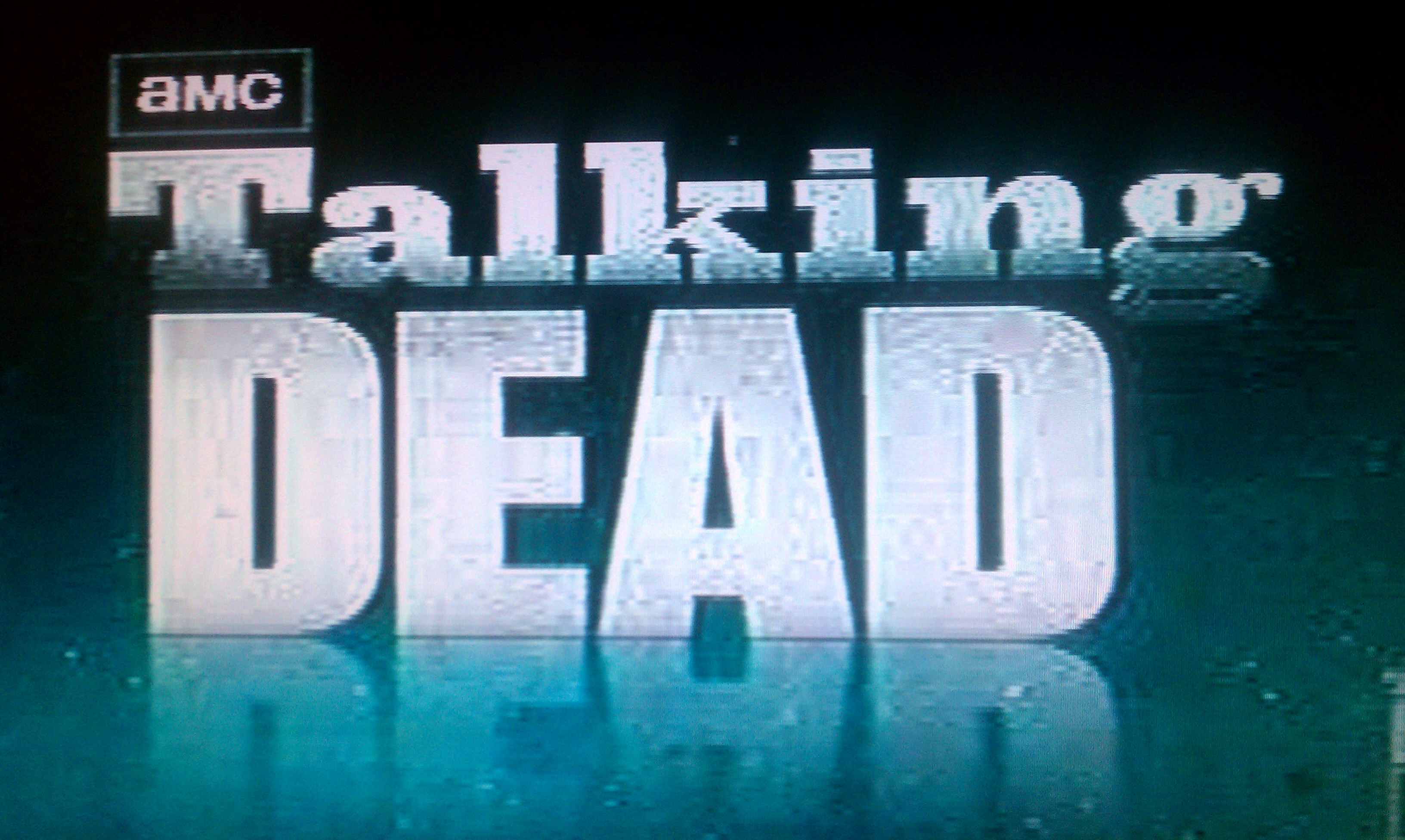 In case you missed it, Talking Dead made a rare summertime appearance last week, promoting the upcoming season of The Walking Dead, which won’t air for another three months. Was this a tip of the hat to the fans of the highest-rated show on cable TV? Or was it a blatant ratings ploy?

The answer is somewhere in between. Although Showrunner Scott M. Gimple was brought on to hype Season 5, he wasn’t allowed to make any true revelations. Super-fan Aisha Tyler was brought back — yet again — not to propose varying undead theories of what might happen, but her biggest strength is making jokes and being host Chris Hardwick’s friend.

Some will say the off-season show was simply created to pump up the ratings to the failing fledgling show, Halt and Catch Fire, but I actually hope to see more summer-time special episodes. With the networks changing their TV programming to a year-round schedule (instead of the previously used seasonal one), maybe this could actually become a new trend.

One interesting tidbit that was revealed was Denise Crosby’s character, Mary, had her costume based on Luke Skywalker’s Aunt Beru. There were plenty of Star Wars-to-The Walking Dead comparisons, as well, provided by Gimple.

Are the Terminus hipsters cannibals? Gimple wouldn’t give a definite answer.

There was plenty of speculation throughout the episode, with only a few nuggets of information that were revealed. Apparently, Season 5 will consist of 16 episodes. Why not round it up to 20? Also noteworthy, Melissa McBride recently won the Best Supporting Actress Saturn Award for her portrayal of Carol. Kudos!

Upcoming AMC summertime specials include the documentaries Inside The Walking Dead and a Zombie School special. Can’t wait for those!

We’re really enjoying the hour-long format of Talking Dead, which gives more credibility to actually answering more than a few questions from the fans, both online and in person. It also gives a good chance to highlight the Kills of the Episode and a little celebrity interaction, as well.

Big things are in store for both The Walking Dead and Talking Dead for the upcoming season. Hopefully, Season 5 will be more similar to Season 4’s battles with The Governor, than Season 2’s search for Sophia.

Strength: A new episode to fan the fire of undead fanboys and fangirls.
Weakness: Not a whole lot to report, naturally.
WTF Moment: Filmed in LA, there’s got to be at least ONE celebrity who could make an occasional appearance who is more relevant to The Walking Dead than Aisha Tyler? Not one?

Notable Quotes:
– “AMC probably has a No-Zombie-Dongs policy.”
– “How come we never get to see naked Zombies? Surely, someone has died naked.”
– “If you’re going to imprison people during the Apocalypse, remember to keep them separated.”