Tammy and the T-Rex is a Jurassic Love Story 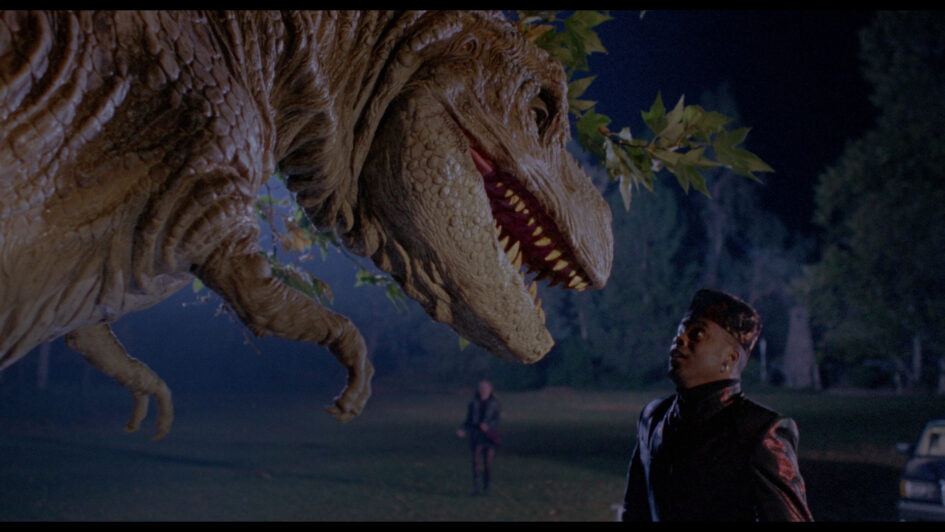 When I ask people to name a little-known film starring Paul Walker, no one has been able to identify his early projects. His film career began in 1986 with the horror-comedy, Monster in the Closet, then making a short jump into sci-fi with The Retaliator. We all know about his later blockbusters. But possibly the greatest film, ever, was just over the horizon in 1994. And when I say the greatest film, I truly, deeply, unequivocally mean it.

That film is known as Tammy and the T-Rex.

This is the story of Tammy (Denise Richards), a cheerleader who is just living out her best high-school life. Her world is consumed by her boyfriend, Michael (Paul Walker), her gay best friend, Byron (Theo Forsett) and her violent ex, Billy (George Pilgrim).

How violent? Well, he soon ends up murdering Michael. But before his brain could die, a scientist (Terry Kiser) harvests it and places it into an animatronic Tyrannosaurus rex. With his new body, Michael seeks out revenge, all the while trying to rekindle the love he had with Tammy. 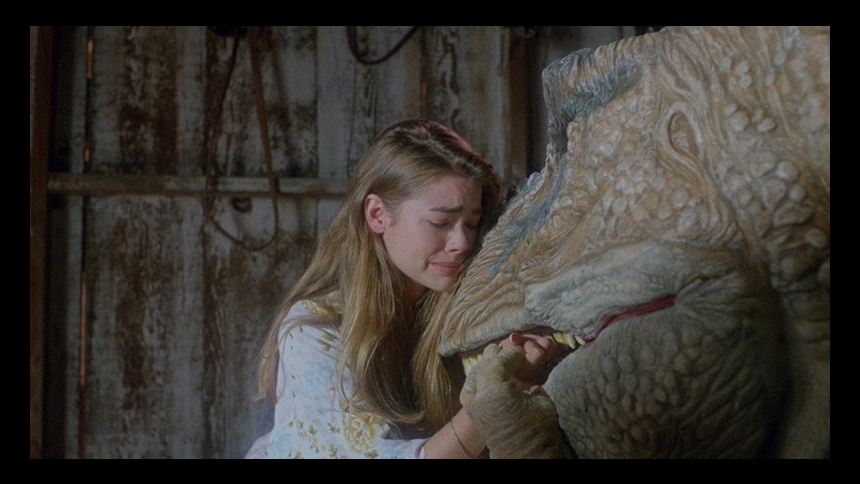 Don’t let the name fool you. Tammy and the T-Rex will go down in film history as a great work of art. Yeah, so what if it is a little campy? The love between Tammy and her robotic rex is real, and you can feel it. The special effects are above and beyond the latest in early ’90s tech. And the acting? What can I say? How this film has not become the measuring stick for sci-fi/horror films is beyond this blogger’s comprehension.

OK, let’s get back to reality here.

Tammy and the T-Rex is a fun, Jurassic love story. It marks one of the first films for not only Paul Walker, but also Denise Richards. While her career never reached the level of Walker’s, Denise is a very good actress. And she had to be, to make this film work. Director Stewart Raffill did a good job with the material, which has to say something for his ability to direct a story that was obviously written during a drug-induced bender (in my humble opinion).

Every character in the film worked well together, creating odd chemistry that was believable, even with one of the characters being a robot dinosaur.

I give Tammy and the T-Rex three out of five stars. It’s campy, fun and not meant to be taken seriously, even in the least. It proves that movies don’t have to make sense to be good, they just need a cast and crew that creates magic.

Shudder has the streaming rights to Tammy and the T-Rex and currently has it in their lineup. Check it out before it’s extinct.