The Alaska Triangle Brings Comparisons to Another Mysterious Location 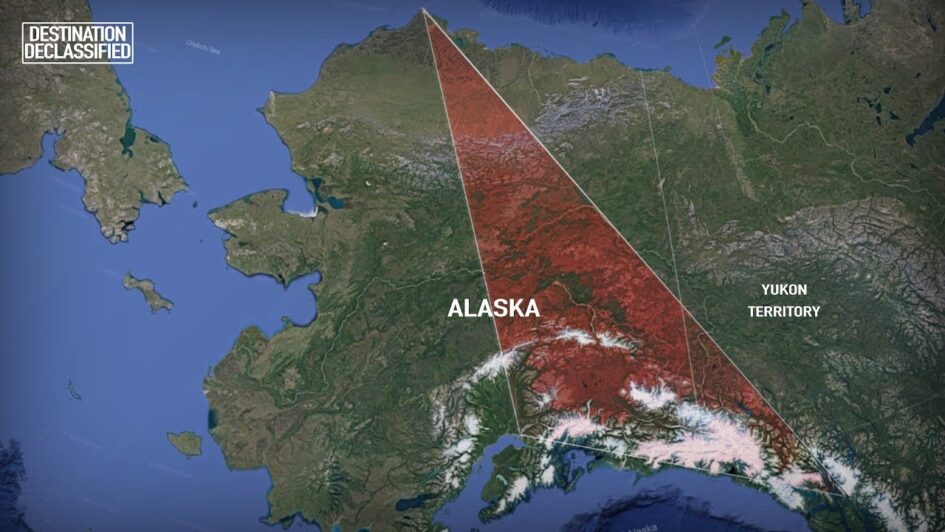 Ships have gone missing, planes have been downed, people have disappeared off the face of the Earth. And through it all, the Alaska Triangle is still one of the most misunderstood locations throughout planet Earth.

The search for cryptids knows no boundaries, as The Alaska Triangle seems to be similar to that in Bermuda, featuring unusual activity, mysterious disappearances, sightings of strange creatures, lights in the sky and encounters with ghosts. The television series, currently airing on Travel Channel, features some of the most interesting paranormal and supernatural experiences that one could imagine. UFOs, Bigfoot, dimensional portals leading into who knows where and other monsters… after watching two episodes, would you ever be interested in living in such a place?

From Barrow, to Anchorage and then Juneau (which fully surrounds Yakutat), the Alaska Triangle has surrounded many mysterious encounters. The unexplored wilderness surrounding the area limits very few people from knowing exactly what (or who) is surrounding them. Would you ever guess that a wild frontier could possibly house remote mountains, impenetrable forests, unexplored lakes and rivers, along with creatures unknown to science?

Folk tales surround the Hairy Man of Port Chatham, as well as the Iliamna Lake Monster, which accompany unusual evidence surrounding a remote refuge that could easily be spoiled by an evil vibe. Then there’s thousands of years’ old bacteria rejuvenating with their excavation from the permafrost, and an unknown presence, as well as peoples’ unexplained disappearances that are explored.

There’s isolation, the supernatural and a whole lot of paranoia involved with living in Alaska, not to mention the possibility of electromagnetism creating portals or even vortices that may be responsible the disappearances of more than 16,000 people who have gone missing throughout the years. Were they actually sent to another dimension or…

Could this wide-ranging, remote and barely studied area house some of the most bizarre creatures and supernatural experiences humanity has encountered? Cryptozoologists are still investigating. Paranormal investigators believe Alaska is “hundreds of times more deadly than the Bermuda Triangle,” as 200 planes crash there every year. Does that mean there could be UFO interference? What about a military and quite possibly a government coverup? The answer is clearly… maybe.

It’s all an unsolved mystery, as the state and the region’s oral history is given, while eyewitness testimony and firsthand experiences break down the fear of the unknown. There’s close encounters with fish (well, lamprey) falling from the sky, as well as other mysteries of nature. It really is interesting to learn about the supernatural elements regarding the state’s history.

I don’t know enough about the area to believe what is factual and what is embellished regarding Alaska’s Triangle, but the Travel Channel’s series has definitely gotten me interested in the area (although I don’t know if I’d actually ever visit). I will be tuning in to see what else may have happened within the state’s supernatural borders and I do hope that there is some closure for the families involved with the people who have still been classified as missing, to this day.