The Best of FearFest is Reserved for Streaming Services 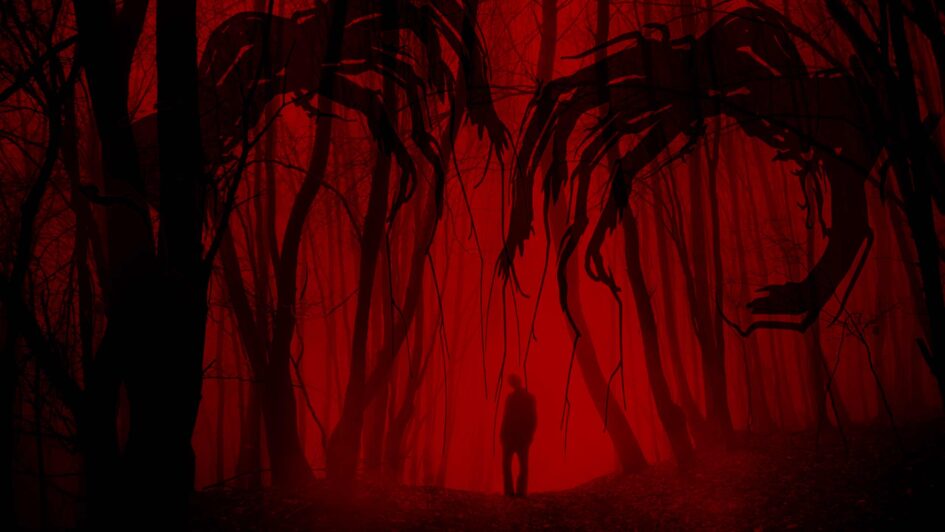 Per Matt
All good things must come to an end… even AMC’s FearFest. That idiom seems especially true when discussing the limited entertainment options offered by basic cable during a global pandemic. As the network juggles the proper destination to place its holiday horror franchises, one unfortunate belief lingers in my head: The best of FearFest is reserved for the channel’s streaming services, not the channel’s basic-cable home.

As daylight saving time has officially ended and All Hallows’ Eve has finally come and gone, the world moves on to prepare for the next national holiday. But before you baste your Butterball, let’s take a quick look back at Halloween 2020.

The need for social distancing has all but officially shut down this country’s economy, and the future is uncertain, in terms of when our situation will soon improve. Comic book, sci-fi and horror conventions canceled. Movie theaters closed (and slowly reopened). For the most part, haunted houses and other indoor attractions shut down and trick or treating with strangers in large groups of people was highly frowned upon by the CDC. People have lived the life of shut-ins for months now, many of them working from home (for those who are still employed). The streaming services experienced an initial surge in subscriptions, as people have more time than ever to watch the boob tube, but even those numbers have leveled off. And then there’s the small demographic where I reside: A person who has never, ever used a single streaming service.

As someone who lives in a rural area, it’s just not feasible to stream movies or binge watch any program via satellite internet (Don’t even suggest watching anything for more than a few minutes at a time on my aging phone!). It really is a struggle to run my webpage, at times. But that means I just do what I have to do in order to find my entertainment options. One of my all-time favorite holiday events is watching and enjoying FearFest, and I have voiced plenty of commentary about the channel’s programming throughout the years (FearFest and Other Horror Options for 2019, High Hopes for FearFest 2018 and What Happened to AMC’s FearFest?). To say that I’ve got high standards for this programming block is an understatement.

In the early days of FearFest, AMC used to air almost nothing but horror-themed films for an entire month. With the arrival of The Walking Dead and ultimately Talking Dead, that meant valuable programming space would have to be removed that otherwise would have featured scary movies. And then came TWD marathons, which limited the airing of horror films to only a handful of days, as selected franchises only aired around the clock for a 24-hour period. And in four short years, the VOD service featuring horror, thriller and supernatural titles has seemingly surpassed AMC’s long-running broadcast event, with exclusives like The Shed, Scare Package, Creepshow and WNUF Halloween Special, among others (like Joe Bob Briggs‘ The Last Drive-In).

In fact, I only tuned into the creepy channel’s festive features on two occasions this year. Let me repeat that: Only. Two. Times.

I am a superfan of Eli Roth’s History of Horror. I probably respect this show much more than Mr. Roth’s Hollywood filmography… and that’s OK. Each episode offers incredibly extensive information on films past, some that I’ve loved for years and many of which that I knew nothing about. I’ve said multiple times that watching each season is just like going to film school, which I know a little about. I really am a cinema aficionado and enjoy watching and learning about movies. I cannot say enough good things about this show. The second occasion I watched FearFest this year was to catch the channel’s airing of what was formerly a Shudder exclusive (Are There Really Cursed Films? New Docuseries Explores That Question.). Frankly, I’m surprised with the current limitation of new feature film releases either getting pushed to VOD or being held until movie theaters eventually reopen, that more previous streaming exclusives didn’t air on the network during FearFest.

That’s not a good sign for a long-time fan of the network’s offerings.

Looking ahead to the future, As TWD wraps up (Why Have Ratings Declined for The Walking Dead? The AMC Chief Knows…), Fear continues to improve (Morgan Jones Becomes a One-Man Army in Fear‘s Premiere) and a second spin-off plans for a two-year limited release (Teens Take The Walking Dead to a World Beyond), AMC needs to build upon its past successes, not limit them while pushing people to purchase their streaming options. And did I mention the channel recently began promoting AMC+, the company’s new ad-free premium subscription bundle?

In total, AMC offered 91 titles to this year’s library of streaming options. I can safely say there were far fewer choices to watch on the cable channel (especially since I didn’t watch any of them in 2020). In fact, I tuned into other networks more often during spooky season than I did with AMC — and that’s saying something! Last year I wondered aloud if Eli Roth’s spectacular series would be shuffled off to the net’s streaming service, if I would even watch AMC during the month of October? I may find out next year, as it has taken two years for a new season of History of Horror to air. Whether the show is renewed for a third season has not officially been made yet, so worrying that it’ll soon air on a streaming service seems unnecessary for the time being, and yet I still worry that I won’t be able to continue watching my long-time favorite series.

There’s nothing forcing the network execs to continue FearFest on AMC other than the all-mighty dollar. If advertisers begin to balk at sponsoring a smaller viewership for the channel, the horror marathon SHOULD be moved to its streaming services. But I feel that the network has already limited the future expectations of its viewers, as new programming has washed away.

Unfortunately, it seems that FearFest has died.

Hopefully, this network franchise will rise from its own self-inflicted ashes, much like many of the movies and shows that air within its programming block. Each year, I’ve brought high hopes and expectations to FearFest and I will continue to do so again next year, until further notice.

Long live FearFest? We shall see…