You Can’t Spell Treehouse of Horror Without a Multiverse of Homers! 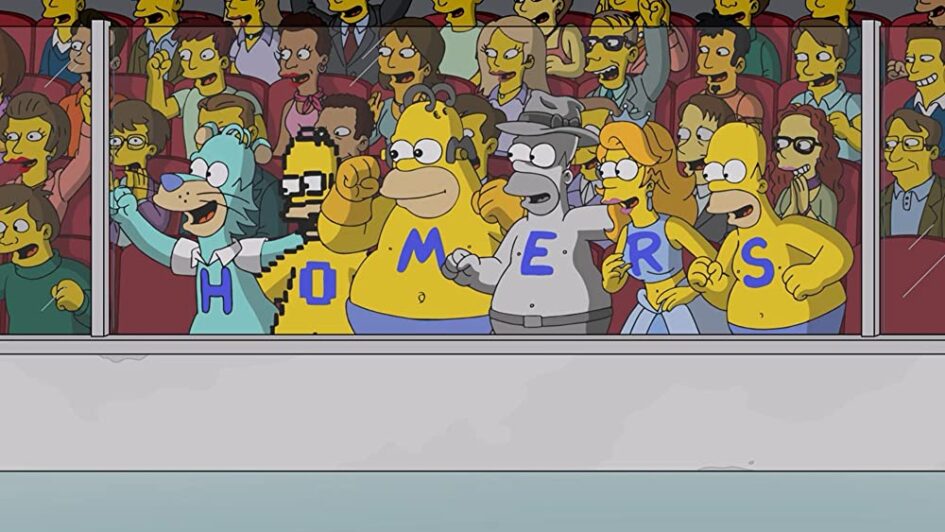 Per Matt
Halloween is officially over, now that The Simpsons has finally aired its holiday-themed extravaganza.

“Treehouse of Horror XXXI” was delayed its original airing date by one week due to Major League Baseball’s playoffs, but it still packed a lot of jokes for its timeframe. Ever since the FOX network acquired the rights to air the World Series (as well as overtime NFL games), I have never considered the animated show’s new season has officially begun until its Halloween special has aired. Many times, that was the case. Other years managed to squeeze in an episode or two before the end of October. “Treehouse” is usually a fun-themed episode that I enjoy watching live, just like I have for the majority of the previous 31 years, as VCRs and later DVRs were either a hassle to program or full of other programming I have managed to delay-watch as long as humanly possible (or at least whenever the videotapes or hard drives have finally filled up).

Halloween 2020 has not been as fun to experience during a global pandemic. Movie theaters have closed (mostly). Haunted houses shut down (basically). And trick or treating was largely frowned upon. So, that means I’ve basically made my entertainment choices from streaming film screeners or basic cable. That’s not a whole lot of options.

While AMC’s FearFest didn’t offer many new options this year (The Best of FearFest is Reserved for Streaming Services), I did manage to binge watch a couple of holiday themed episodes of The Office and Brooklyn Nine-Nine (which are exceptional) and a couple hours’ worth of “Treehouse of Horrors” past, which I can never get enough of. And I enjoyed seeing a callback montage of said past episodes during the end credits of this year’s episode.

The cold open covered Homer’s lack of voting options, followed by Pixar films, Spider-Man: Into the Spider-Verse and the terrors of a never-ending birthday. My only complaint is that I could do with less politics from the show’s writers, but they manage to cram their beliefs into just about every episode — funny or not. Unfortunately, that’s to be expected. In an effort to be as accurate as humanly possible, I managed to look up the difference between a parody, a spoof, a mockery and a satire. So, which one is this episode? It truly feels like an amalgam.

A parody mocks a person’s work in a humorous way. A spoof is a lighthearted gag used to make people laugh. A mockery is an absurd representation using contemptuous language or behavior directed at a particular person or thing. And a satire makes a point of mocking a person or an idea (not necessarily funny). All of the above is definitely an option, while satire seems like the best description (Ever get tired of those political views crammed into each and every episode?), while mockery runs a close second place.

The new Apu voice actor does not make an appearance and I can’t remember if the new Carl Carlson appears, but soon they both will. Last year’s episode was good, and I hope for another great Thanksgiving-themed episode (Only The Simpsons Can Reveal True Holiday Nightmares) this year. Naturally, I’m always a fan of new Simpsons Christmas episodes (recalling the pilot). I’m absolutely a lifelong fan of The Simpsons and watching the reruns never gets old. I might just enjoy the holiday-themed episodes a whole lot more than all the rest.