The Buzz on Ant-Man and The Wasp 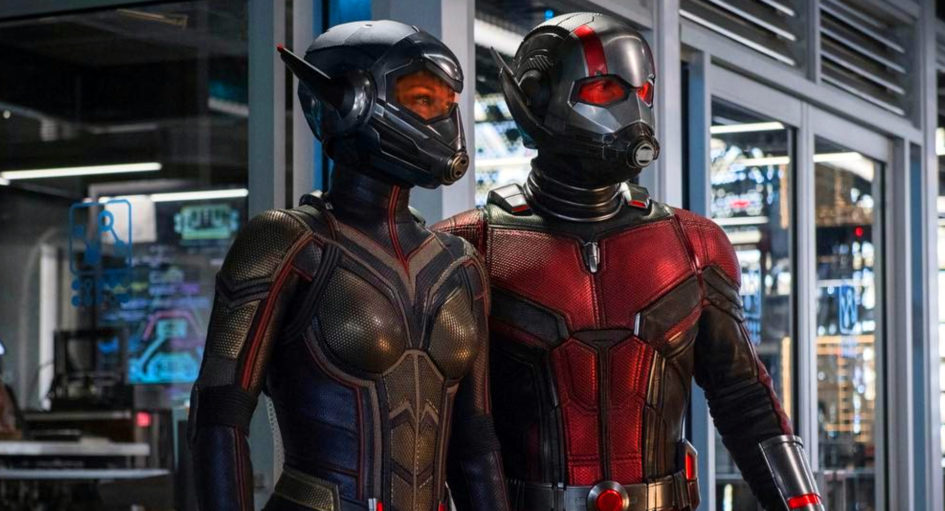 Here in the South, the summer is all about bugs. Bugs and sweat. And meat. Charred meat. And blowing shit up. So, this is the perfect week to release a movie about bug-themed heroes!* Ant-Man and The Wasp may not swarm the box office like Black Panther or Infinity War, but like so many other film ventures, I seriously doubt Disney/Marvel cares if they don’t rake it in after taking a chance on this as their big release for Freedom Weekend, USA. This franchise has been a fabulously entertaining and frankly very cool piece of the Marvel Cinematic Universe, and the latest installment is actually better than the first chapter.

*(Actually, this movie has a set of fatherhood themes that would have made it a little more appropriate or Father’s Day weekend, but self-cannibalizing Incredibles 2 would have been dumb when Disney has raked in almost three times with it what they did with the first Ant-Man, but still…)

This new chapter explores the story of our shrinking heroes in the aftermath of Captain America: Civil War. Scott Lang (Paul Rudd) grapples with the consequences of his choices as both a superhero and a father in that he is under house arrest for helping Captain America defy prevailing world powers. As he struggles to rebalance his home life with his responsibilities as Ant-Man, he’s confronted by Hope van Dyne (Evangeline Lilly) and Dr. Hank Pym (Michael Douglas) with an urgent new mission: the possibility of rescuing the original Wasp — wife to Hank and Hope’s mother, Janet van Dyne (Michelle Pfeiffer). Scott must once again put on the suit — and this time play almost-sidekick to The Wasp — as the team works together to uncover secrets from the past.

The story brings back Ant-Man director Peyton Reed, teamed with a fresh writing team, who bring a pedigree of varied comedy chops, to deliver an adventure that holds its own while being awkwardly timed within the MCU. Slotted in between Civil War and Infinity War, Ant-Man and The Wasp delivers a great balance of in-franchise tropes while adding new layers of tech and lore, and believable trajectories for the characters we first met in the original installment.

It would have been easy to play the same old tropes over again in this story. Scott could still be shown as a loser. He could have been the same ham-handed, estranged dad. His gaggle of ex-convict pals could have remained in the same slump they were in. Instead, he’s stable and starting a business with his crew from the first film. Most importantly, we see a Scott who has grown into a dad with dedication, prioritizing his little girl while he’s stuck at home, ankle-bracelet and all.

The humor platforms from the original film might have been too played out, if recycled as well, but through good writing and pacing, this film lands familiar chuckles in unexpected places. I’ll leave the details for you to discover as the joke is far funnier when you barely see it coming.

Ant-Man and The Wasp does its part to expand the base of characters beyond the title heroes, as well. Laurence Fishburne joins the cast as Bill Foster — who comic fans will know as Black Giant from the page (and the backstory in dialogue includes discussion of such). He is somewhat of a surrogate father to Ava (played by the breathtaking Hannah John-Kamen, and also the baddie in the movie, known as Ghost). There is baggage from the past with Dr. Pym, S.H.I.E.L.D. and so on — providing a rivalry between the two older would-be crime-fighters. Unlike the occasional Fishburne role (looking at you, Passengers), his presence feels important and involved, and hardly fleeting, as he adds a layer to that dad-theme mentioned above.

These two factions of characters (Team Pym and Team Ghost) share interest in the prevailing MacGuffin — a part needed to complete the makeshift-super-duper-small machine that might just rescue mom — and share their struggle with Walton Goggins’ Sonny. He’s an arms-dealer with a somewhat-unbearable fake southern drawl, which just makes you hate him more, really. (And that’s OK for a villain.) He and his crew of part-cannon-fodder, part-comic-relief goons create a three-way ongoing battle, which moves the story along.

Most importantly, said band of goons are working with Sonny to provide a pretty well-executed kickass-fest for The Wasp when a deal goes sour in a hotel lobby. She spends the next several minutes in a glorious medley of hand-to-hand, gadget, acrobatic, super-powered beat-down that’s accented by all the cool effects the shrinking-protagonist genre has used for wow-factor since Honey I Shrunk the Kids. Seen in 3-D, this all plays even better — and this would be a rare time when I’d encourage a 3-D viewing. It’s quite good.

Wasp enjoys wall-wiping superiority till Ghost shows up. The two women throw down on each other for a bit, capping off a very genuine and appropriate girl-power nod that feels legit instead of desperate and contrived, like so many pop-culture efforts in our #Metoo climate of late. This almost falls apart when Scott steps in to help with the power/tech-superior opponent of Ghost, but when the fight is over, he credits Wasp for his moves — snatching the film from the jaws of endless Internet whining about “a man still having to save the day.”

If you’re a guy and you can’t let Wasp own it, and accept the reality that Ant-Man, the ex-con has learned his chops from a girl — too bad. That’s the message delivered in this movie in a very classy and integrated way, and it’s a refreshing inclusion, long-overdue.

Ultimately, this second chapter of what will hopefully be an ongoing Ant-Man series for years to come is part of a healthy niche among the Marvel films: a comedy-action franchise with comfortable family friendly trappings, but consequential presence within the MCU’s story arc — all assembled around a balanced set of modern social tones flavored with the elements that make for a great, fun superhero romp. Not too shabby for one of the more wonky and obscure Marvel characters, begrudgingly brought to the big screen to an unforeseen level of success.

This one’s a solid four out of five.

Stay for the credits! (Duh, right?) During both (yes, two) the stinger scenes, Ant-Man and The Wasp has the fortified bug-guts to do what Agents of S.H.I.E.L.D. woefully missed out on: Bringing its story right up to the current timeline of Infinity War, and… well, you’ll just have to see it for yourself.

– Bring a dustpan, and some drum sticks.