The Good, The Bad, The Hungry 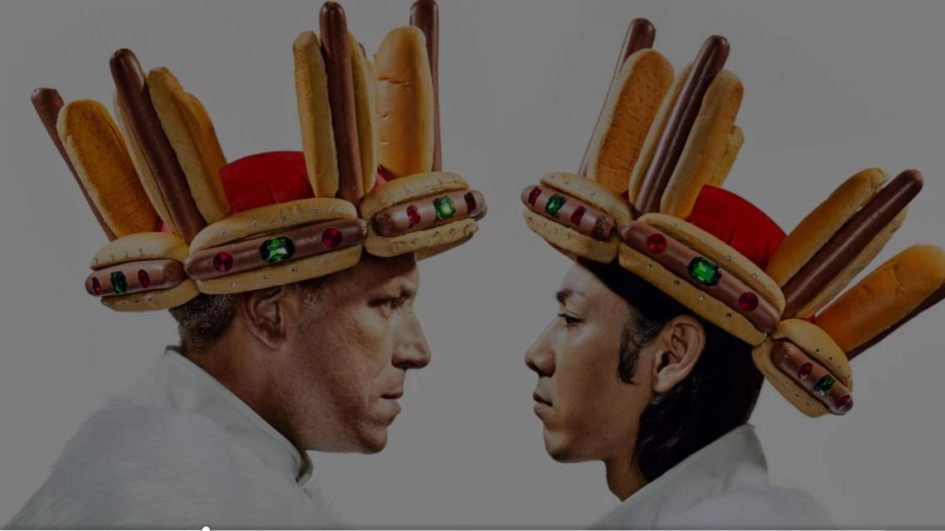 Per Matt
What better way to celebrate Independence Day than with a hot dog-eating competition documentary?

No matter your profession, the urge to be the best at what you do exists for everyone, but only very few people devote their entire lives for rising to the top of their profession. And nothing quite symbolizes the American way as the sport of competitive eating.

ESPN’s 30 for 30 documentary series recently explored the holiday tradition, airing just in time for the Fourth of July, which happens to be the date of the nation’s biggest eating competition, Nathan’s Hot Dog Eating Contest. This documentary initially feels like self promotion, as ESPN airs the “Super Bowl” of eating events each year. The first-place prize of $10,000 is enough to interest many competitors of the speed-eating circuit, including the likes of Takeru “The Tsunami” Kobayashi and Joey “Jaws” Chestnut. The newfound rivalry that sparked a bitter battle for the Mustard Belt is detailed as a sort of origin story for both food fighters.

Director Nicole Lucas Haimes was interested in exploring Kobi’s start in the competition as a lark, going against the disapproval of his father to eat for a living in a new country and the exploration of fulfillment he sought, growing the emerging sport. She also delves into Chestnut overcoming the shame of being a competitive eater and how he would not accept second place, despite the hardships he endured. Watching a bunch of people cramming as much food as humanly possible into their bodies for a 12-minute competition (later changed to 10 minutes) can be a little gross to watch at times, especially if you happen to be eating dinner (which is not recommended, as I found out).

This celebration of champions has been over-hyped by the Chaimain of Major League Eating, George Shea. He’s the one who’s no stranger to hyperbole and admittedly, his words may not have literal truth, but emotional truth, as the point person to promoting and announcing the event. His self-fulfilling prophecy practically willed these competitors to the top of the standings.

As an avid sports fan who just happens to enjoy watching documentaries from time to time, Season 8 of the docuseries has presented a topic that I found incredibly interesting. The exercise in pain that is known as competitive eating isn’t a new one, but relatively new as a “sport,” here in America. The Japanese already had eating competitions in the ’90s, so Kobi had a leg up when he arrived on the scene. He was an unstoppable force and quickly became a celebrity, winning six straight championships before eventually clashing with MLE management, losing to Chestnut, feeling hurt that he was portrayed as a villain and unwelcome in America. Joey is no longer super shy and opens up to the public, but his story isn’t as impactful.

Having watched many hours of Food Network television, I was inspired to participate in a few food-eating competitions with no training, whatsoever, other than eating meals throughout the years. I learned very quickly that there’s an art to attaining success. While I failed at eating a timed ramen contest and a humongous burger challenge, I managed to win a timed hot dog-eating contest.

Sponsored by a local restaurant, Noshville, which served New York-inspired food and a local sports-talk radio station, 104.5 The Zone, I failed the first year I competed. But by the second year, I won the preliminary round by eating 14 dogs within 4.5 minutes (as in the station’s name). I didn’t realize there would be a second and final round the following week, so I had to get emotionally prepared and more importantly, an empty stomach. I managed to win that round as well, eating the same number of dogs while claiming multiple prizes, but I walked away from competitive eating, much like how Kobayashi departed from MLE, feeling fulfilled with my current life, having nothing more to prove.

I do wonder how Chestnut would react, should Kobayashi ever return. Until then, it seems he’s set the gold standard for food fighters. The documentary does a pretty good job showing both sides of the rivalry. In reality, maybe Kobi just can’t fathom eating another hot dog in his life, much like me. So, maybe his return isn’t really imminent.