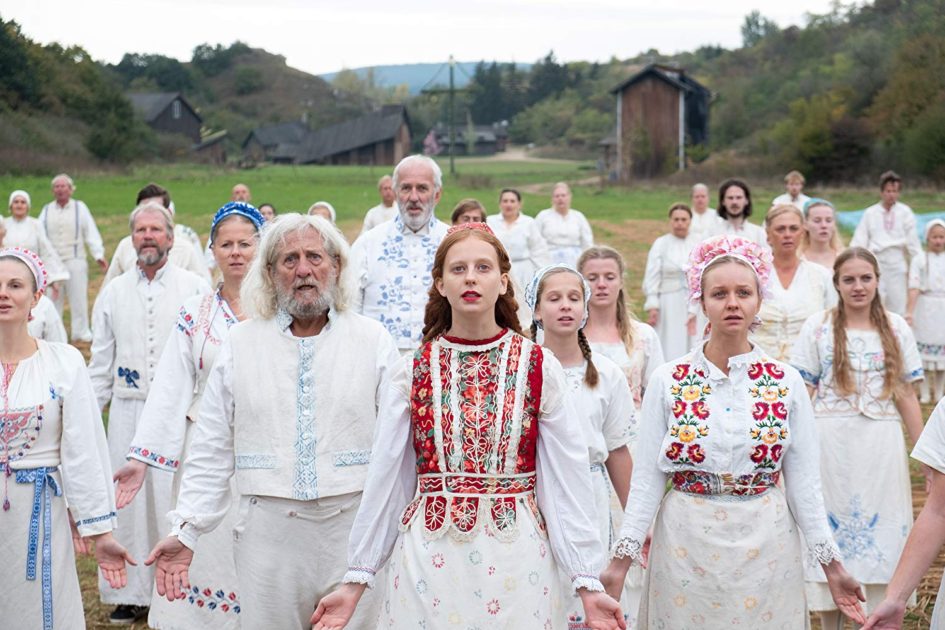 Spring and summertime bring lots of adventures. Many readers of this review probably take time off to attend festivals for concerts or films around the world. Even others travel to countries to attend cultural festivals that celebrate the heritage of their people or the cultures they truly find interesting. In Sweden, they celebrate Midsommar, an annual festival that rivals Christmas as the most important holiday on the calendar.

Swedes have been following the traditions set forth since the late Middle Ages. The people dance around a maypole, praising God for what they have and want in the future. Women pick fresh flowers during the nights in complete silence, then place them under their pillows and dream about their future mate. And everyone partakes in pickled herring, fresh potatoes and strawberries. The Midsommar festival is not only about celebrating the past, but also looking forward to a bright future and life, itself.

So, when Hereditary director Ari Aster decided to focus his next film on this event, it seemed to be a far cry from the actual meaning behind the festival itself. A celebration of life and hope looks like a far cry from the psychological horror that Aster is known for. How could you take something that is this pure and bastardize it into some that matches the style of Hereditary?

Midsommar answers that question clearly: With amazingly terrifying moments blended with a storyline of life renewing. 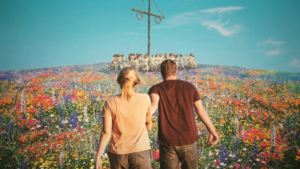 In the film, Dani (Florence Pugh) and Christian (Jack Reynor) are involved in a romantic relationship. However, Christian grows cold to Dani, as he feels she is extremely needy and overly attached. After Dani’s parent’s and sister die in a murder/suicide, Christian invites Dani to come to Sweden with him and his college friends Josh (William Jackson Harper), Mark (Will Poulter) and Pelle (Vilhelm Blomgren). Pelle is taking them to the Midsommar festival in his village, in a remote area of the country. The trip goes without a hitch to begin with, as Dani, Christian, Josh and Mark are treated like family by the locals. Even though some of the people seem odd and quirky, the villagers make the group feel right at home. However, the festival begins to take a darker undertone, and Dani and her friends soon find themselves wishing they had never gone on this vacation.

Ari Aster has to be commended to writing and directing a truly original, artistic horror film. Very seldom can you put those two words together, with the current state of the horror genre. But Midsommar breaks those norms. While the film does not represent the true Midsommar festival, it does borrow greatly from its lore and traditions. Everything from the flower crowns to the pickled herring is included. The village people see the events as a joyful occasion, where they can shed off the old and look forward to the future. It truly is about renewal, using pagan rituals to ensure their future. Unlike most horror films, the world of Midsommar is bright and joyful, which lends to an extra level of creepiness.

One of the more unsettling parts of this film is the soundtrack, or lack thereof. For the most part, Midsommar relies on ambient sound or complete silence. While watching the film, it really helps to draw the audience in, as you can only hear the same sounds that the characters on the screen hear. The sounds of nature are typically soothing, but in this case, it helped increase the feeling of being too far away from civilization to receive help if you should need it. The isolation feels even more real.

Florence Pugh and Jack Reynor give amazing performances in this film. They made the characters of Dani and Christian feel deep and real. The strife between them was palatable and highly relateable to anyone who has been in a relationship they either don’t want to be in or didn’t want to leave, which probably covers just about everyone. Harper and Poulter, while more akin to supporting characters rather than main leads, also turned in strong acting performances, which helped guide the series of events that led to the dark turn this sunny film takes.

To say that Midsommar is a psychological horror film would be doing it an injustice. This film really deserves to be in a category of its own. For that, I give Midsommar five out of five stars. The story very easily could have been made into a remake of The Wicker Man film, but Ari took a different route and gave us something new and fresh to see.

In an era where Hollywood seems focused on redoing something old, it is very refreshing to see something like this. Very rarely do I go into a film and feel the same uneasiness that the characters are feeling, but Midsommar does that flawlessly. I left the theater completely chilled to the bone, and I loved it. This is a “must see” film, so make sure to check it out in theaters.