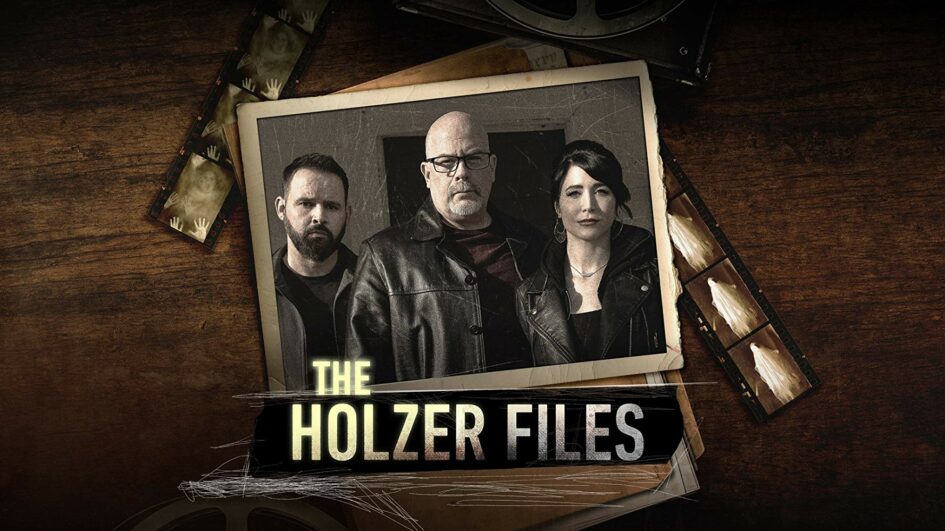 As a young child, I was intrigued by the paranormal, but I’m not the only person out there who has experienced an unusual incident in my life. One such person was Dr. Hans Holzer, who reportedly investigated thousands of hauntings for 60 years, meticulously documenting each one, and now a new team will reinvestigate those same cases of The Father of the Paranormal, while searching for the truth in The Holzer Files.

The series premiere, “Phantoms of the Fire,” takes a look at the haunted history of a family in Rye, New York. An audio recording from 1963 features Dr. Holzer discussing it with medium Ethel Meyers, who assisted him with his cases. Now, Dave Schrader has teamed up with psychic medium Cindy Kaza and equipment tech Shane Pittman on a quest for the truth.

Alexandra Holzer remembers this case from her father, who visited the haunted house three times throughout his life, and the three separate owners who all had paranormal experiences there. When a painting of the girl was hung, the unusual experiences immediately ended after decades, but began in another house on the other side of town.

The highlights of the episode came from the audio recording of Ethel’s seance, which was terrifying, strange, weird, bizarre, creepy and uncomfortable. I really hope the crew continues to use the aid of this evidence, which is extraordinary proof by itself. Paired with Kaza’s revelations and a spooked local historian’s clues, this could very well be more than just a strange coincidence.

There’s so many different groups of ghost hunters out there, each one using different investigating techniques and the latest and greatest equipment to get some sort of evidence that they communicated with the other side, all the while the living seem to be left out of the scenario, as they have to deal with the repercussions. This group on The Holzer Files seems to spend a lot of time focusing on the history of the location, as well as its inhabitants, which is a very good thing.

Maybe there was a tortured spirit that actually left one property and entered another that was related to the same family. Additionally, maybe there were dark forces wanting to hurt the investigators, as they attempted to communicate. I won’t attempt to debunk the extrasensory perception, the automatic writing or the water manifestations that appeared, but together, they did make for an incredibly interesting story.

Watching the reactions to the equip tech in an isolation experiment was also very funny, while he may have been toyed with by an unknown presence.

It was neat to see this new crew following Holzer’s standard operating procedure by not giving case information to the mediums and having them uncover some of the same information, along with more elements during the investigation and good to learn this group performed a blessing on the location, in hopes of bringing peace to the establishment’s owners.

Currently airing on Travel Channel as a part of a part of Ghostober, make sure you check out The Holzer Files!