Blumhouse Brings Controlled Chaos to Second Season of The Purge 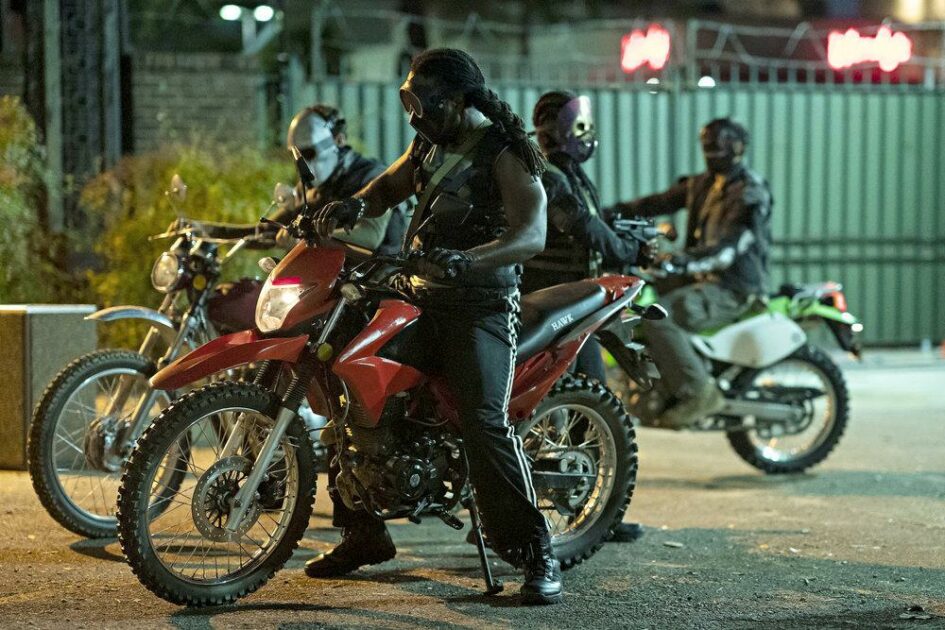 If you’re a fan of Blumhouse Productions — and who isn’t? — and you haven’t seen any of the first four Purge movies or you possibly missed Season 1 of the basic-cable adaptation, you might not know what you’re missing. Jason Blum’s movies tend to get under your skin, provoking intense feelings (sometimes fear, hatred and uneasiness can arrive simultaneously), as well as rushes of adrenaline. You can expect all of that in the second season of The Purge, currently airing on USA Network.

The New Founding Fathers of America have instilled one day of lawlessness per 365 days, in hopes of keeping the nation safe for the remainder of the year. While each of the feature films, as well as the small-screen version’s first season, focused on the noteworthy violent night, Season 2 seems to be aimed more on the aftermath once it has concluded, going in a totally different direction for The Purge Universe and I’m incredibly intrigued.

The season premiere, “This Is Not a Drill,” picks up at the conclusion of Purge Night, focusing on a group of strangers who will most likely be connected somehow by the conclusion of this season’s 10 episodes. A great Cold Open is followed by the fourth wall shattering…

“So, what’s this gonna be? Like, a movie or something?”

At the NFFA Surveillance Center in New Orleans, a senior IT worker (played by Paola Nuñez) seems to be breaking her employer’s rules by taking her job personally. A home invasion almost leads to a bloodbath and the homeowner feels the need to find the perp’s identity. A couple of frat boys attempt to test fate by visiting a suicide bridge, but there will be violent repercussions. And a complex bank robbery is almost completed before the final siren rings out. Sometimes too much of a good thing can lead to a major disaster…

The Purge franchise is known for creating elaborate scenarios for characters to try to work themselves out of and this series is no different. Some characters hide their identities with creepy masks, while others proudly show their faces. The one trait that every character within this franchise shares seems to be the need to take unnecessary risks and there’s usually one little mistake made that can ruin best-laid plans.

In The Purge Universe, Big Brother sees all, as every stoplight has a camera complete with microphones and it seems every house has a Ring camera that’s connected to the police department. Much like the CSI TV show, there’s always an alternate camera angle that can zoom in to ridiculous angles to uncover clues.

Rules must still be followed, even on Purge Night. So, when a felony is reported after the event has ended, how will these characters survive the outcome?

“I’ve seen what people do when they think no one’s watching.”

This series builds up to some nice jump scares, but who watches the watchers? Maybe we’ll soon find out. I’m digging the new direction for the series and the new characters. Through one episode, the bloodbath has been limited. There’s been no pre-Purge flashbacks so far and that’s a good thing, but we’ll see how long that lasts. The “totally unrelated characters” last year were connected by a chance-encounter plot device that felt incredibly contrived. I really hope that scenario doesn’t play out for a second year in a row.

Whether Blumhouse is breaking Glass, bringing Ma or Us to the big screen, reviving classic monster movies, creating a bloody modern-day classic, reuniting a Terminator and its maker or reviving Michael Myers for a couple of sequels, I am continually impressed with the results from the production studio and cannot wait to see how this Television Event Series plays out.

“You’re nobody in America unless someone wants to Purge you.”