The Problem With Pennyworth 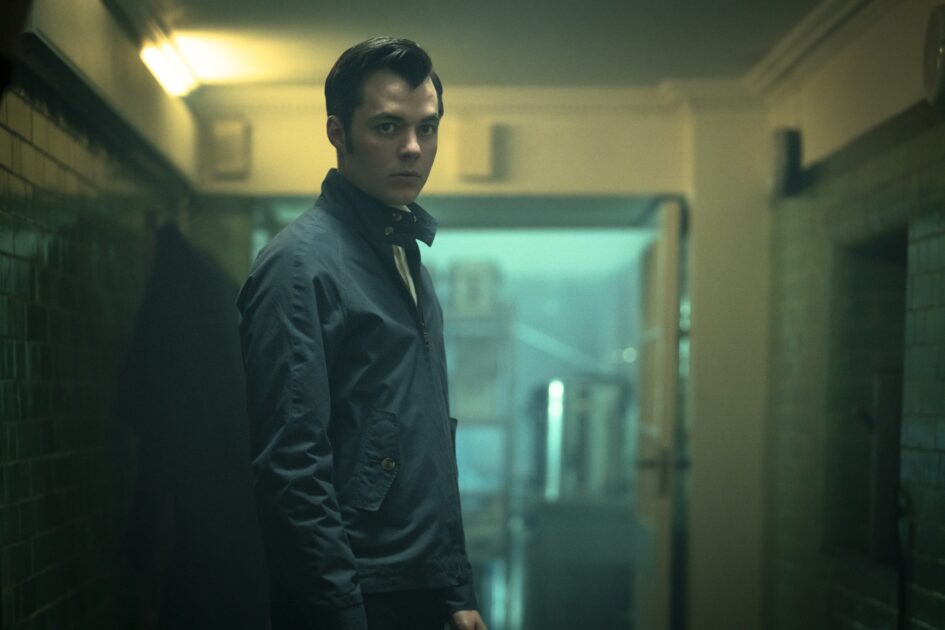 Per Matt
Expanding a well-known character’s backstory is tricky business. On one hand, you’ve got network executives who simply ask for a fun, somewhat believable series people will like. On the other hand, you’ve got the fandom purists who expect to see more of what they’ve been led to believe is the true personalization of the character. This is the dilemma that Pennyworth attempts to balance as a limited TV series airing on EPIX.

More as an alternate origin story, less an exploration of comic book canon, Pennyworth provided a promising start of the season. Focusing on a younger version of the character, the show features a strong performance by Jack Bannon. Brief looks at the character’s family, former colleagues and even a love interest are sprinkled among a growing unrest in an alternate-world London. A civil war among the No Name League and the Raven Society have led to crime, street battles and even deaths. By the midway point of Season 1, Esme is dead. Alfred is haunted by the ghosts of his past. Lord Harwood has seemingly had a lobotomy. Bet is lonely. And there’s a new leader of the No Name League. Then things start to get crazy.

“I’ve been wanting to tell you the cold, hard truth for a while, but I put it off because… it’s cold and hard.”

At times a spy thriller, other times a revenge fantasy, Pennyworth feels like it needs to realign its goals. Is the purpose of this series to shine the spotlight on a little-known character that’s been rebooted multiple times, flexible enough to fit into different narratives? Or is the main reason this show exists to eventually lead the viewer into knowing a little more about the future butler of Bruce Wayne? If the latter option is the goal for the former showrunners of Gotham, I’d like to suggest a few adjustments to the ongoing narrative.

Focus less on London’s civil unrest. Lighten up Alfie. Make Thomas Wayne more likable. Each of these objectives are reachable.

I haven’t read anything in DC Comics for years. I always preferred the Batman title to Detective Comics, but that was way before the New 52 and all the reboots afterward. In all my years growing up with Batman, without inspecting each individual issue, I don’t remember anything about these Ravens and No Names. Frankly, I consider them all to be McGuffins — not really important, but something to build onto Alfred’s backstory. The more they move out of the main storyline, the better.

“I can smell the darkness on you.”

Alfie refuses to carry a gun and doesn’t like killing people, while still suffering from war-time PTSD. Naturally, his newly formed security firm specializes in death. While still somewhat cynical (unlike the source material, which practically drips with cynicism), this Alfred is a realist. But a realist who bedded the Queen Mother? This version of Alfred feels like a modern period character, if that’s remotely possible, somewhat out of sync with the rest of his surroundings. I’d prefer more hard-boiled detective work and less period-piece vigilantism, which leads us to the Waynes…

Thomas Wayne seems to be an anomaly. He’s either a peaceful freedom fighter or he’s fighting for peace. Either way, he’s stuck between a rock and a hard place. He’s actually undercover CIA, not a famed doctor, but he’s still a billionaire. Through happenstance, he’s met Martha Kane, who’s working for Wayne, who’s working in part for the No Name League. And by Episode 10, they apparently like each other. I mean, they like like each other. A cynical foreign freelancer, maybe he’s the true reason Alfred eventually becomes jaded with the world. But this version of the character is misused. He needs to be more likable, for one thing. Maybe somehow he can bring peace among the two factions, as they fade from the show’s main story, as his character can get rounded out a bit better. The mustache feels goofy in this day and age, but feels appropriate for the timeline (kinda like Howard Stark in Marvel’s Agent Carter). I’d like to see more extracted from the glimpses we’ve seen him in comic book flashbacks.

“We need to strike back hard or give up.”

I love the grimy, gloomy environment encapsulated on this series with the filming in England. I like Alfie’s Army mates, Bazza and Dave Boy, a lot and hope to see them in more peaceful situations. I like the ingenuity of Martha Kane’s character and her adaptability. Lord Harwood is an acceptable Big Bad, as he’s disfigured, hobbled and wears plenty of fur-lined capes, but a little bit of Bet Sykes goes a very long way. She’s tolerable as a scheming, evil underling and kind of a one-note character. I could do with less of her shenanigans.

I’m not a fan of the rough-and-tumble language, as there’s more than a few f-words featured prominently per episode. While the dialogue matches the environment, it feels excessive, especially for a comics adaptation. There’s unbridled debauchery, double-crosses galore, dark secrets, and plenty of death and destruction. My biggest question about this series is whether this is considered DC canon or simply yet another DC TV universe? If it’s canon, let’s whip the characters around to what readers expect. If it’s not, let’s take these characters into even grander situations and leave the mythology in the dust.

As the season finale wraps, Thomas is shot and injured, the queen’s been rescued twice by Alfie and Mr. P fails to bring relevance to the Old Guard. There will be plenty of changes in store for Pennyworth‘s Season 2, which has just recently been announced. I am excited to see which direction the series heads as its characters fight fascism and a naked evil. I just wish it would choose if it’s going to be loyal to its source material or go in a totally new direction and stick with its decision.

“The Old Guard die… they do not surrender.”