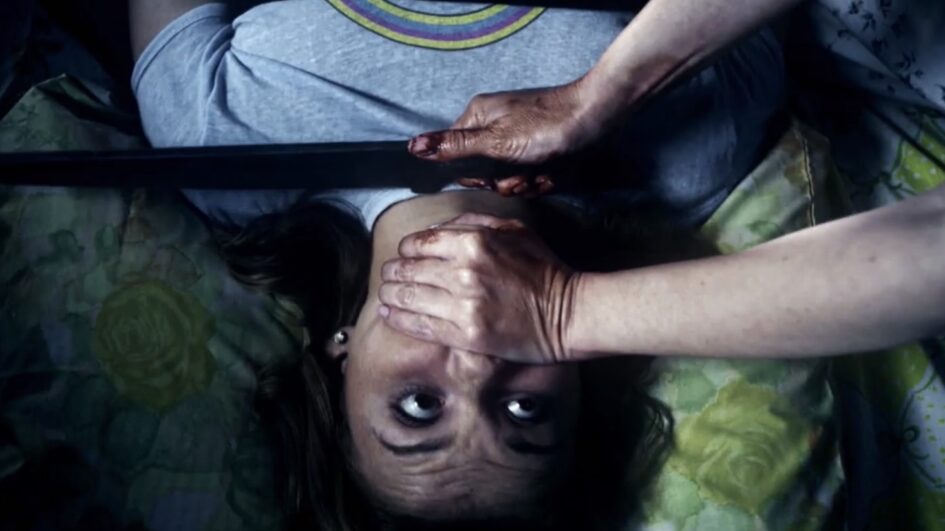 Not all horror movies are created equally. There were more than a few good ones created in the ’70s. Sure, slashers took center stage in the ’80s, but there have been plenty of good ones released since then, and this is where American Horror Story enters the picture. Cashing in on the decade of decadence, 1984 creates a different type of nostalgia. Being a throwback to past horror movies, the season creates a familiar universe that eventually becomes its own unique thing, warts and all. While nine episodes is short, even for an event series, this one recreates the vibe pretty well, but eventually, it left me wanting something more…

Season 9 of Ryan Murphy and Brad Falchuk’s anthology show focuses on a group of different characters who somehow bond in a variety of ways through an aerobics class. Initially, the group leaves Los Angeles in order to escape the hustle and bustle of the L.A. Olympics, unknowing they were headed to a killer summer camp. Hired as counselors, things start to get a little weird as the dead bodies begin to pile. Their backstories foreshadow the dark forces that will soon arrive.

What begins as a slasher summer camp isn’t actually the first time things get deadly at Camp Redwood. Back in the day, the property was known as Camp Golden Star, which was home to the nation’s worst massacre. Mid-way through the season, the storyline actually becomes a ghost story, but not one you might be familiar with. Anyone who’s killed inside the campground’s property is forced into pain, agony and suffering in a sort of Purgatory, where they can never leave. The dead can walk and these ghosts have the power to kill (as well as get physical) with any human who straggles upon the property (usually a death tourist or two).

“The past… it will haunt you forever if you let it.”

In this alternate history tale, practically every stranger is a serial killer (or a Satanist), almost everybody has evil intentions and there’s actually too many plot twists for this dense storyline for any character to escape.

While telling the ongoing story through a series of flashbacks (which I am definitely not a fan of), the story then flashes forward in time, where a food and music festival will be held on the grounds and another bloody mess is planned by our antagonist.

Bloody mess is a great description of the entire season. There’s so many pop-culture references and horror movie tropes (is it possible to cram too many into one story?), the story actually trips over itself. At different points in time, this felt like a revenge fantasy, but it mostly felt like survival horror. True evil, corruption and something close to a redemption all eventually appear. Guessing who will be the final girl from the opening scene is an ongoing exercise… one that’s more than a little maddening when the finale reveals not one, but two final girls.

With all the sex, violence and rock ‘n’ roll, the season finale was pretty anticlimactic, which is a shame for this first-time AHS viewer. I really thought the writers crammed way too many ideas into the nine episodes. And then there’s the characters…

Good or bad, this is not a group of complicated characters colored in different shades of grey… they are simply all bad and written poorly. There’s never really any opportunity for the viewer to sympathize with them, as they’re always up to something evil. For the most part, they’re all terrible people willing to do whatever it takes to get ahead in life. Or to see somebody else suffer, which leads me Billie Lourde. Not really a fan her acting and I really didn’t like her character, who acts like a self-absorbed leader of a cult. I really just wanted to fast forward every scene she was in.

There’s plenty of room to nitpick the plot holes — Why didn’t we see any of the other previous 40 trapped souls on the property? The cheesy ending wraps up more like a murder mystery than anything within the horror genre, but there was plenty of nostalgia throughout the entire gory trip down memory lane. The ’80s may be making comeback and AHS does a decent job at bringing the era back to life.

“Tell our ghost stories to your children and we’ll live on forever. The ’80s will never die.”