The Santa Clarita Diet is Delicious 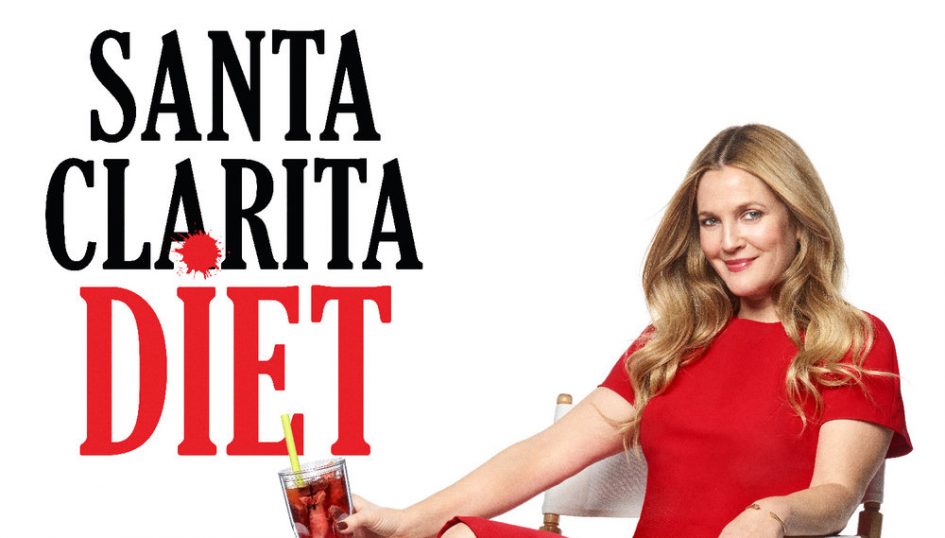 Last Friday, I sat and watched the entire series of The Santa Clarita Diet, all in one glorious sitting. It’s probably the best family, horror, Zombie, dark comedy I have ever seen. I mean, it’s also the only one I have seen… but nonetheless good. I know what you are thinking. Do we really need another Zombie TV show? After seeing The Santa Clarita Diet, I’d have to say the answer is yes.

Drew Barrymore stars as real-estate agent Sheila, a wife and mother who wakes up one morning with a taste for human flesh. Her husband, Justified’s Timothy Olyphant and her daughter, Abby, played by Liv Hewson, all help mom with her grocery list because, you know what they say, the family that slays together stays together. The TV show isn’t well written and the jokes are a bit hokey at times, but somehow Barrymore, with her cute goofiness, is always able to pull it off and make it work. There is something really sweet about the show. It has a nostalgic feel about it, for some reason. It reminds me of the old family sitcoms from the late ’80s. The show is about a family that loves each other, but also one that might want to drive a Hummer and not a responsible car, or play in a rock band or skip school, on occasion. They have problems, but they are all fairly simple and can be resolved in the short 30 minutes of an episode. On the other hand, the deeper running theme of the show explores the idea of how to manage who we want to be with who we need to be, for the people who love us and who we love.

For horror fans, the gore level is there and surprisingly realistic for what is essentially a family sitcom. I mean, Zombies gotta eat and they make sure the feast is always gory fun. One of the more humorous gore scenes has Barrymore trying to eat an entire body in one night, in order to evade police detection. The show is well shot and doesn’t look like a cheaply done show. They never pan the camera off what is happening to save money on practical effects, or the viewer from losing their lunch, for that matter. It’s nothing seasoned horror fans will shy away from, but it might be off putting to the average family-sitcom watcher. I was actually advised this by someone who watched the show, astounded at how wholesome I called the show. So, yes, while your average horror-movie lover might think this is just a cute Zombie sitcom, I have been told others might get a tad queasy watching the show.

The Santa Clarita Diet is one of those odd shows that is both horrifying and somehow also a sweet classic comedy about a loving family just getting by! Dad is a guy who loves his family and will do whatever it takes to protect them. Zombie mom is still mom and wants what is best for her daughter. Meanwhile, the daughter just wants to prove she is an adult and can handle… you know, the adult world of helping her parents, sell houses and occasionally kill a person or two. It’s a family show, for the horror fan.

The Santa Clarita Diet is currently streaming on Netflix. I give the show four out of five stars for how easy each episode goes down.