In case you missed the big news last week, The Shape of Water won four Critics’ Choice Awards (tied with HBO’s Big Little Lies as the most awards won throughout the night). As excited as we are for Guillermo del Torro to continue gaining more goodwill leading up to the Academy Awards for his monster-romance movie, the even bigger news is that Adult Swim’s Rick and Morty won the Best Animated Series Award!

We’re big fans of Rick and Morty, here, at Zombies In My Blog. As ridiculous as the sci-fi sitcom is at times, we’ve been hooked on the animated show ever since it debuted on Adult Swim. Together, the adventures of Rick Sanchez and Mortimer “Morty” Smith Sr. often become misadventures as the dynamic duo’s interdimensional travels often lead to outrageous circumstances, which, in turn, become great episodes.

Some of the best storylines of the series have been parodies, including “Look Who’s Purging Now,” which may be our all-time favorite episode — it’s by far our most-quoted episode. Attending various fan conventions throughout the years, we’re thrilled every time we notice cosplay inspired from the TV show, as well. It’s clear that fans love the TV show. And last year’s Season 3 finale soared with its highest ratings in the network’s history, while claiming the title of television’s No. 1 comedy!

Having previously been nominated for Annie Awards, Gold Derby Awards and Teen Choice Awards, the Critics’ Choice is the first major award for the series. Wubalubadubdub! 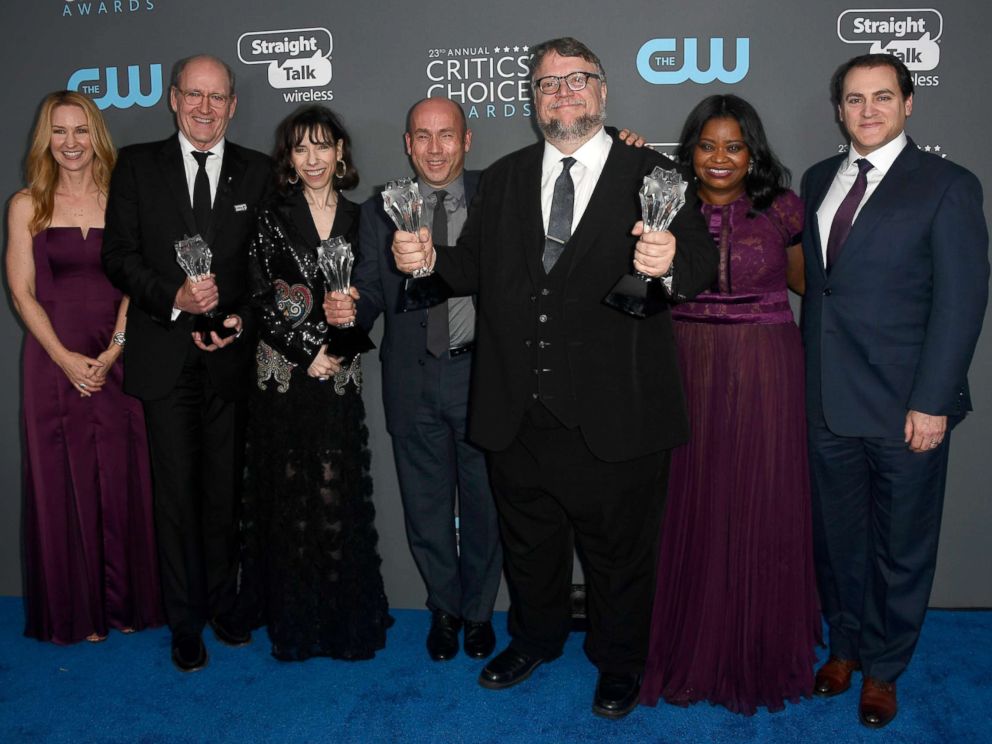 Returning back to The Shape of Water, the creature feature has been perplexing for us. On one hand, we really enjoyed the movie… except the box office isn’t doing any favors for the flick. We’ve seen so many ads on television, trailers shown at movie theaters and spots popping up online, but with so many other options out there, audiences just aren’t showing up.

Luckily, multiple media organizations are taking note. So far, the movie has received almost 200 nominations by various organizations, winning 67 awards (so far). The film has won the Venice Film Festival’s Golden Lion, the AFI Award, two Golden Globes and four Critics’ Choice Awards to go along with multiple statewide, nationwide and international organizational awards. Hopefully, the flick will rack up a handful of statuettes at the Oscars, as well.

Until then, we can only hope to encourage audiences both young and old to check out this great film. Inspired by Creature From the Black Lagoon, Water might not be the best movie of all time, but it could be a Best Picture Oscar nominee in the near future.